If the Feds Watching: The FBI's Use of a "Black Identity Extremist" Domestic Terrorism Designation to Target Black Activists & Violate Equal Protection 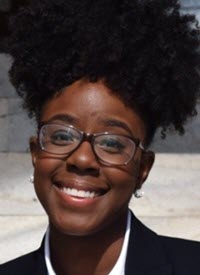 In August 2017, the Federal Bureau of Investigation ("FBI" or the "Bureau") issued an assessment identifying a new domestic terrorist threat. The largest emerging domestic terrorist threat is right-wing terrorism, perpetrated by white supremacists emboldened by President Donald J. Trump's refusal to denounce their ideology and violence. Instead of addressing this issue, the FBI has determined that "Black Identity Extremists" ("BIEs") are the latest domestic terrorist threat. The FBI has provided a very broad definition for a "Black Identity Extremist," which seems to encompass any black person who protests and speaks out against the unequal treatment of black and brown bodies by police officers. The FBI assessment states that black Americans are committing "ideologically motivated, violent criminal activity" against police officers in response to "alleged police abuse against African Americans" and "perceptions of police brutality." The problem with the FBI stating that these abuses are "alleged" and "perceived" is that it ignores the real, historic, and persistent problem of brutality faced by black Americans at the hands of law enforcement in the United States. While black Americans comprise only thirteen percent of the United States population, they are killed by police at a rate of 27%. Black people are also more likely to be unarmed and less likely to be threatening someone when killed.

The problem with the application of equal protection as it pertains to racial discrimination is that the case law is complex. Although the Supreme Court in Brown held that the de jure racial segregation in schools was unconstitutional because it violated the Equal Protection Clause of the Fourteenth Amendment, the constitutional issues that black people have faced are beyond prejudicial laws. Black Americans face constitutional violations from arguably more insidious forces--federal agencies. These violations come in the form of intelligence assessments like the BIE assessment and internal policies that criminalize opinions critical of the U.S government.

In what is now considered "the most famous footnote in constitutional law," Justice Stone articulated that "more exacting scrutiny" should apply to cases where there is "prejudice against discrete and insular minorities." This footnote was the foundation of applying strict scrutiny to cases of racial discrimination. To determine if strict scrutiny will apply, there needs to be either a racial classification that exists on the face of the government action or a government action that was facially neutral with a discriminatory impact. The Black Identity Extremist assessment is obviously a racial classification on its face because the very name of the intelligence assessment includes the racial classification "black." The problem lies in it not being narrowly tailored.

This comment argues that the FBI's use of a BIE designation violates equal protection while ignoring the danger that white supremacy poses to the United States.

Part I will discuss COINTELPRO, the FBI's lack of outside regulation and the aftermath of the Church Committee.

In Part II, domestic terrorism will be defined. In this section, the argument will be made that "BIEs" are not the emerging domestic terrorist group and the actual emerging group is being ignored in favor of this BIE designation.

Part III will explain the BIE assessment and the flaws in the FBI's rationale. In Part IV, I will offer solutions that address white supremacy as a domestic terrorism threat.

The FBI's Black Identity Extremist intelligence assessment violates the equal protection component of the Fifth Amendment because it is not the least restrictive means to protect the federal government's interests in national security and law enforcement safety. While the FBI is able to deflect arguments that COINTELPRO-Black Nationalist/Hate Group was a violation of equal protection, it is unable to do the same for the BIE intelligence assessment. To remedy this issue, the FBI needs to retract the BIE assessment and address the real threat to domestic tranquility in the U.S.--white supremacy. To do this, the Bureau needs to readjust its perceptions to see where the problem truly lies. If they fail to do this, they will make J. Edgar Hoover proud.