Were Timothy Mcveigh and the Unabomber the Only White Terrorists?: Race, Religion, and the Perception of Terrorism

Excerpted from: Tung Yin, Were Timothy Mcveigh and the Unabomber the Only White Terrorists?: Race, Religion, and the Perception of Terrorism, 4 Alabama Civil Rights & Civil Liberties Law Review 33 - 80 (2013) (249 Footnotes) 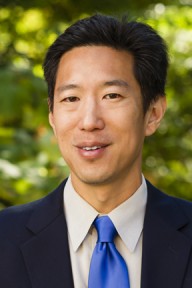 Since 1990, it has seemed as if scarcely any significant length of time passes without another announcement of an attempted terrorist plot against the United States—with increasing frequency in more recent years. Almost invariably, the perpetrators or suspects have been Muslim—mostly Middle Eastern or of Middle Eastern descent—with the notable exceptions of the Unabomber and Timothy McVeigh.

"Who is a terrorist?" is a predicate question that must be answered in connection with counterterrorism efforts. It can be a difficult question, plagued with claims of moral equivalence, as demonstrated by the aphorism that "one [person's] terrorist is another['s]... freedom fighter." One tempting answer is that a "terrorist" is anyone who engages in "terrorism," but that answer simply redirects the definitional challenge toward defining terrorism, which can present its own challenge.

Consider the following four fact patterns, and determine which, if any, describes an act of terrorism:

Case 1. Defendant wants to blow up people and plots with co-conspirators to set off a car bomb in a city's crowded downtown. His co-conspirators are actually undercover FBI agents carrying out an elaborate "sting" operation, so no one is hurt.

Case 2. Defendant leaves a live bomb near a bank. The bomb goes off and kills two police officers and maims another officer.

Case 3. Defendant brings handguns to a place where nearly everyone else is unarmed. He shoots dozens of people, killing thirteen and wounding thirty-two, before he is himself disabled by return fire.

Case 4. Defendant brings handguns to a public place full of unarmed people. He opens fire, killing six (including a federal judge) and wounding thirteen, before he is disabled by others at the scene.

Who are the terrorists in these case studies? All four of them? Only the first pair, or maybe only the second pair? Or none of them? One could plausibly argue for any of those permutations. Maybe all four are terrorists because they deliberately and nihilistically attacked their victims for no apparent reason other than mass murder. Or perhaps only the bombers are terrorists, given the ubiquity of guns—and hence, gun-related violence—in American society. Or perhaps only the shooters are terrorists, given the higher death toll in those incidents.

Judging from media accounts and government press releases, however, the correct answer appears to be that the suspects in Cases 1 and 3 are "terrorists," but those in Cases 2 and 4 are not. This is a result that is challenging to explain without reference to the fact that the suspects in Cases 1 and 3 are Muslim Americans (one of African descent, the other of Middle Eastern descent), while those in Cases 2 and 4 are white non-Muslims. To be clear, I am not arguing that being Muslim justifies their being labeled as terrorists, only that it appears to explain the differential perceptions.

In this Article, I use that question as a lens through which to examine the way that race and religion influence, if not dictate, the perception of certain criminal suspects—but not others —as terrorists. Terrorism-like crimes committed by Arab- or Muslim-Americans get treated as terrorism, but similar crimes by non-Arabs/non-Muslims, while punished harshly, are generally not viewed as terrorism. It would be easy to jump to the conclusion that racism or bigotry is the underlying cause, but at least in these case studies, reality is quite a bit more complicated.

First, I provide a brief review of terrorism against the United States as a political tactic up to and beyond 9/11. Next, I examine the case studies provided earlier in more detail. I then provide a micro-level analysis that explores plausible reasons that each case, on its own, might have been appropriately characterized. Finally, I close with a macro-level analysis of all of the cases, in which one can notice the disturbing implication that race and religion play a dominant role in understanding those characterizations. I conclude with thoughts about beginning steps that can be taken to address the problem.

In this Article, I have focused on two pairs of cases whose characterizations, while perhaps justifiable on an individual level, raise a troubling concern about the impact that race and religion may play in the determination of those characterizations. Two pairs is not a large sample size, but I focused on those pairs because (1) they all took place in the last few years, and (2) they are remarkably similar when abstracted to their essential facts. Moreover, review of other similar kinds of cases (attempted bombings and shootings) generally confirmed the same trend.