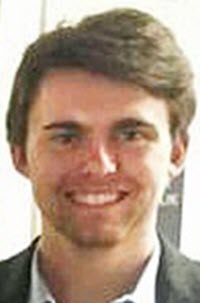 In October 2018, Robert D. Bowers entered a Pittsburgh synagogue, the Tree of Life Congregation, with an AR-15 assault rifle. Before surrendering to police, he killed eleven people in what has been described as one of the worst attacks on the Jewish community in this country's history. Following his attack in Pittsburgh, Bowers said he wanted all Jewish people to die for the supposed wrongs they had done. When asked whether or not the attack would be classified as domestic terrorism, U.S. Attorney Scott Brady was noncommittal, stating there would have to be proof that Bowers was trying to promote a specific ideology with his attack. In the same month, Cesar Sayoc mailed bombs to the homes of prominent political leaders including former presidents Barack Obama and Bill Clinton. Sayoc, a supporter of President Donald Trump, sent the bombs to political adversaries of the president. Attorney General Jeff Sessions called the attempted bombings "political violence," but Sayoc was not charged with domestic terrorism. Throughout the course of the Trump presidency, ideologically motivated attacks have continued to plague the country. In August 2019, Patrick Crusius walked into a Walmart with an AK-47 and murdered twenty-two people. Prior to the attack he published a manifesto online that said he wanted to target Hispanics because they posed a threat to the United States. Following the attack, U.S. Attorney John Bash told reporters, "swift and certain justice" will be delivered, because that is "what we do to terrorists in this country." These attacks have had a profound effect on the nation's psyche and have forced the government to pay attention to the threat posed by domestic terrorism. Despite the increased concern, it will be difficult to prosecute these acts as domestic terrorism because there is no such criminal statute in the United States. The threat of domestic terrorism emerged as a national concern following the 1995 bombing of the Alfred P. Murrah Federal Building in Oklahoma City. This changed after September 11, 2001 (9/11), when the main focus of law enforcement in the United States shifted to the threat posed by foreign Islamic extremists. In response to 9/11, drastic measures were taken to combat international threats, and the focus moved away from domestic terrorism. During this time, the threat posed by right-wing extremism was largely ignored. Despite the focus on international terrorism, however, right-wing extremism continued to pose a great threat. Right-wing extremism can be defined as violence perpetrated by people who believe their personal or national way of life is being threatened. Rightwing extremists often hold some or all of the beliefs of anti-globalism, racial supremacy, ethnic supremacy, nationalism, wariness of government, desire for personal liberty, and a belief that their way of life is being threatened. The rise of right-wing extremism was shown in a Homeland Security Intelligence Report that was largely criticized by Republicans when it was released in 2009. Domestic terrorism, highlighted by a rise in right-wing inspired attacks, poses a great threat to the United States. A spike in recent high-profile incidents has brought concerns about domestic terrorism back into focus. The current laws of the United States are not adequately equipped to deal with this threat. The lack of a statute criminalizing domestic terrorism and the international focus of many terrorism laws enacted in response to 9/11 leave many homegrown, domestic terrorists subject to criminal statutes unrelated to terrorism. The terror statutes in place are disproportionately used against offenders who espouse Islamic extremism, as these individuals can be connected to a foreign terrorist organization, even if they had no contact with that organization. Despite this, there are also Islamic extremists who are able to avoid terrorism charges and are subject to general criminal statutes. To ensure terrorists across the ideological spectrum are treated the same way by the laws of the United States, there must be a domestic terror law that criminalizes all domestic terrorism, no matter the ideology espoused.

Part I of this Note looks at how the law currently addresses the topic of terrorism in the United States.

Part II explores the gaps in the law and the effect these gaps have had on high profile incidents.

The United States currently lacks a statute criminalizing domestic terrorism. Instead, federal prosecutors use an assortment of statutes under the terrorism chapter of the criminal code targeting specific acts or those working with foreign groups. This leaves many individuals who fit in the definition of domestic terrorism provided in the Patriot Act to be prosecuted using other statutes. The effect has been that a disproportionate number of individuals inspired by Islamic extremism are prosecuted as terrorists, while people inspired by other ideologies such as white supremacy are not. With the rise in right-wing extremist violence, the politicization of who is considered a terrorist, and the similarities in how people inspired by Islamic extremism and "domestic" ideologies are radicalized, the United States needs to criminalize domestic terrorism and treat all who fit the definition the same way. The label of terrorism is impactful, and only giving it to people who espouse a certain ideology is wrong. It is important for the United States to adopt a law criminalizing domestic terrorism that treats all those who attack the United States and its citizens in the name of a certain ideology the same, no matter what ideology they espouse.