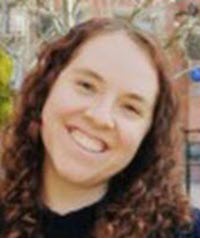 Receiving a disciplinary infraction can have a variety of consequences for an incarcerated person's experience in prison. People found guilty of disciplinary infractions may be held in disciplinary segregation (a punitive form of solitary confinement) or may be given extra unpaid job duties. They may be moved to more restrictive levels of custody--for example, from minimum to medium custody, or from medium to close custody. An infraction may lead the prison to take away an individual's "privileges," such as the opportunity to call or visit with loved ones or the ability to withdraw funds to spend at the prison canteen.

Furthermore, a disciplinary infraction may prolong a person's sentence. People may lose sentence credits, like "gain time" or "good time," thereby extending the time they spend in prison. The precise effect on a person's sentence varies based on the sentencing regime.

Many social scientists have found a relationship between race and prison infractions. Researchers have tended to interpret these findings as evidence of different rates of rule-breaking between racial groups. That type of analysis fails to consider the role that racial bias may play. Previous studies are also limited in that many researchers used only white and Black or white and non-white as the categories for analysis. The analysis I present in this Article is the first published analysis of North Carolina infractions data that considers Indigenous people and Latinx people as categories distinct from Black, White, and Other. It is also the first analysis of North Carolina infractions data from within the last five years. Finally, whereas previous research generally considered only the relationship between race and initial disciplinary write-ups, the analysis presented here considers various levels at which disparities might be introduced: at write-up issuance, at guilty pleas to write-ups, at disciplinary hearings, at appeal, and at the administration of sanctions. Looking at each level is important because identifying the precise moment or moments when disparities might be introduced might allow us to design interventions that target those specific disparities.

In Part One of this Article, I give an overview of the infractions process in North Carolina state prisons. I divide the process into four stages: write-ups, hearings, appeals, and sanctions.

In Part Two, I use data from the North Carolina Department of Public Safety (DPS) to investigate how race and other variables explain how the disciplinary process proceeds. I use binary logistic regression and multiple linear regression, which are statistical techniques that control for other variables to determine the effect of one variable (race) on the likelihood of an outcome (disciplinary infractions). I find that Black and Indigenous people were more likely to receive write-ups in 2020 than their white counterparts were. Black and Indigenous people received more sanctions--such as disciplinary segregation, lost sentence credits, lost privileges, and extra duty hours--as a result.

In Part Three, I caution against inferring from these findings that different racial groups commit infractions at different rates. I offer two alternate explanations for these racial disparities: explicit racial bias and implicit racial bias. I consider how previous research into bias in the school, policing, and courtroom settings might help explain the disparities identified in this Article.

Finally, in Part Four, I explain how the findings I present here support four of the Governor's Task Force's recommendations related to prison discipline and parole.