Chopped & Screwed: Hip Hop from Cultural Expression to a Means of Criminal Enforcement 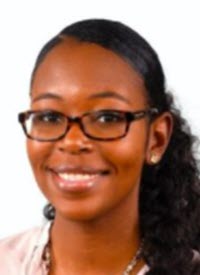 In the mid-1970s, hip-hop was created in a predominately Black, economically disenfranchised neighborhood in the South Bronx. Since its inception, hip-hop artists have used their music to highlight, critique, and discuss the social, political, and cultural realities of contemporary Black issues while also crafting narratives and rhythm that resonate with an oftentimes voiceless audience. Similar to scholars of Critical Race Theory and other outsider scholarship, hip-hop artists use stories to add context to the marginalized group history of the Black experience. Specifically, for the past forty years, hip-hop artists have described and challenged the American criminal justice system as racially biased and inequitable.

Yet, with the commercialization of hip-hop into the mainstream as “gangsta rap” over the past thirty years, some rappers have been using their lyrics to glorify criminal activity within the Black community. The evolution of hip-hop from a vehicle to depict the contemporary Black experience to a form of mainstream entertainment consumed by a global audience may be contributing to the mass incarceration of Black men.

Many scholars have focused on the relationship between racial bias and criminality at each stage of the adjudication process. This Article examines the relationship between hip-hop and legal actors' attribution of criminality to Black men generally and Black men who are rappers, more specifically, as consumers and producers within the genre. I will argue that law enforcement officers, prosecutors, and judges have erroneously utilized and misinterpreted hip-hop to bolster society's stereotypes of Black men as drug dealers and criminals. Prosecutors introduce and judges allow hip-hop lyrics as evidence against Black men in criminal proceedings via a legal balancing test that consistently tips the scale against Black men. As a result, prosecutors, judges, and juries contribute to the disproportionate mass incarceration of Black men in the American criminal justice system through the admission of rap lyrics--a form of artistic expression--as evidence of culpability in criminal proceedings.

Part I of this Article will examine the mass incarceration of Black men in the United States. Part II will suggest that criminal justice officials use hip-hop to contribute to the mass incarceration of Black men in at least three ways. First, criminal prosecutors have been contributing to the mass incarceration of Black men by introducing rap lyrics into criminal proceedings against Black rappers. Second, judges and police officers may hold biases against Black men because rap music sensationalizes Black men as drug dealers and abusers. Third, legal actors' use of hip-hop as evidence contributes to mass incarceration, which has in turn created an obvious disconnect between how legal actors and Black men perceive prison. On the one hand, prosecutors, judges, and lawmakers view prison as a deterrent to crime. Contrastingly, Black men view imprisonment as a natural occurrence under the unfair, biased criminal justice system. As a result, hip-hop artists and many Black individuals consider imprisonment as a rite of passage. Such a disconnect may contribute to the introduction of rap lyrics as evidence against rappers, furthering this cycle. Part II will also briefly demonstrate that the biases of prosecutors, judges, and jurors against Black men are consistently perpetuated while similar biases are apparently not held against White rappers or artists in predominately White genres like country and rock. This culture of legal bias contributes to the view of prison as a rite of passage and not a deterrent. I will use lyrics from White rappers and artists from predominately White genres to demonstrate that the biases of prosecutors, judges, and juries impact Black men at a disproportionate rate and therefore contribute to mass incarceration.

Part III will critique two issues inherent in the current evidentiary balancing test, whereby judges admit evidence based on a weighing of probative value against prejudicial potential. The first issue relates to prosecutorial reliance on rap lyrics as true when in reality they may be entirely fictional. The second issue relates to judicial misinterpretation of generally violent lyrics as specific to a particular crime. The racial stereotype of hip-hop as a violent genre has contributed to the misuse of lyrics by both judges and prosecutors such that the creative expression of hip-hop artists has been weaponized by the law to criminalize Black men. Part IV is a call to both federal and state legislatures to promulgate laws that will create a different test for determining whether rap lyrics can be excluded from evidence. Finally, this paper will conclude that the evolution and current trend of hip-hop dictates that criminal justice officials are erroneously using hip-hop to contribute to the mass incarceration of Black men.

Unfortunately, KRS-One's 1993 lyrics from Sounds of Da Police are still largely true. Due to systematic injustices, Black men are concentrated in poverty-stricken, war-torn public housing complexes in densely populated, metropolitan areas. They are restricted in educational opportunities, which contributes to the lack of gainful and legitimate employment in the future. As a result, many Black men are relegated to either using or selling illicit drugs, which is the first link in the never-ending chain of mass incarceration. Law enforcement officers begin to target these predominately Black neighborhoods and arrest Black men at higher rates than they arrest White people, even though research suggests that illegal drug use is just as prevalent in White communities. Prosecutorial discretion allows for the introduction of rap lyrics, a poetic outlet for many men, as evidence, which contributes to mass incarceration. Then, even after being released from prison, Black men are faced with institutional barriers to successful re-entry.

The current legal scheme of probative versus prejudicial treatment continues to tip the scales against rappers, which reinforces biased views of Black men and hip-hop. Prosecutors' reliance on lyrics as true and judges' interpretations of general lyrics to establish a connection to a specific crime contribute to the legal assault on hip-hop. To attain justice, state and local legislatures must act to ensure that either the balancing test is replaced with a more subjective assessment of rap lyrics or that the bar to admit rap lyrics as evidence is raised. Until then, I am dreaming of “better days, better days. Hey, better days. Got me thinking about better days” for the contemporary Black man and, ultimately, the country as a whole.