The Continuum of Violence Against Latinas and Latinos 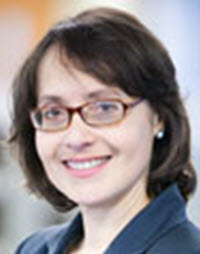 Violence against Latinas and Latinos based on national origin, ethnicity, race, sex, and sexual orientation is a historical reality and part of the fabric of United States society and culture. Violence has been visited upon the Latino community by both private individuals and public officials, through individual acts of violence and through official policies and practices that adversely impact Latinos and Latinas and target them because they are seemingly dangerous to society. In the United States, Latinas and Latinos experience violence along a continuum which is not linear, and includes violence perpetrated by private individuals and public officials. This violence is based on national origin, ethnic, racial, gender and anti-immigrant animus, and may include “hate violence”, and constitute “hate crimes”. Violence by public officials includes police brutality; police discretionary practices that result in increased stops and arrests of Latinos (especially Latino youth); discretionary prosecutorial policies that result in increased prosecutions and higher charges and sentences for Latinos; practices that result in lower rates of investigation and prosecution of claims of violence targeting Latinos; and police and prosecution practices that fail to properly address gender-based violence and domestic violence against Latinas. While these forms of violence by public officials stand apart from violence by private individuals, both are intricately connected and arguably codependent. Inflammatory media stereotypes that propagate inaccurate images of Latinos as a danger to the United States government and economy are an integral part of this continuum of violence.

Violence by private individuals and public officials is tolerated and facilitated by the existing legal and social frameworks of United States society, and is underreported and ignored by public officials, despite its very serious impact on the individual targets of violence, and on the Latino community more generally. Violence by private individuals is facilitated and promoted by actions and words of officials who create an environment that presents Latinos as dangerous to individual safety and a threat to societal norms, while simultaneously failing to penalize actions motivated by animus against Latinos. For example, the use of aggressive police tactics and ethnic and racial profiling in Latino communities is, in part, justified by alleged higher crime rates in Latino communities, and higher rates of criminal activity by Latinos. At least one study suggests that Latinos are less likely to be involved in violent crimes than other groups, and do not use illegal drugs at rates higher than other racial or ethnic groups. Nevertheless, the stereotypes of Latinos as dangerous persist.

Recently, officials and private individuals have turned their anger towards one sector of the Latino community, Latino workers who are undocumented, and may be recent arrivals in the United States. The targeting of this population is made possible by a new, yet all too familiar, wave of anti-immigrant rhetoric. The rhetoric and language of anti-immigrant hate has inflamed and divided communities. Violent actions and hate speech targeting Latinos have increased at the same time. The rhetoric has continued to depend on images that construct Latinos as noncitizens who take jobs from “real Americans” and are a drain on local economies. These images, and government officials' endorsement and acceptance of these images as accurate representations of all Latinos in the community, provide justifications for private individuals who are not Latinos to act against Latinos with the goal of ridding communities and neighborhoods of this perceived “plague” of outsiders. It justifies efforts by private individuals and local officials to take matters into their own hands and become enforcers of immigration laws at the local level. These efforts are illustrated by local efforts to “step in” and enforce laws that the federal government will not or cannot enforce, in order to protect the property and lives of the local population from the perceived foreign immigrant interloper. This recent trend continues the historic use of stereotypes to demonize Latinos and characterize Latinos as not fully American.

Critics and advocates argue that the inevitable consequence of this fear mongering is escalated violence against Latinos and an increased risk of violence to anyone perceived as Latino, regardless of immigrant status. The data supports these critics. The data suggests that there are real adverse consequences that are direct results of an environment filled with anti-Latino, anti-immigrant sentiment actualized at the national and local level. For example, there has been a quantifiable increase in the number of Latino crime victims, an increase in the severity of injuries and fatalities, and further marginalization of Latinas and Latinos within United States society. Despite this escalated violence, law enforcement officials have discouraged Latinos from seeking police and local law enforcement assistance and protection.

Although much of this violence occurs without public reaction or media coverage, there has been some media and law enforcement interest in the recent increase in attacks against Latinos. Regardless of whether the media's interest is due to the dramatic rise in the violence or whether law enforcement's response is related to increased pressure from advocates, the numbers of violent attacks and the circumstances surrounding the attacks are real, and they are part of a continuum of violence against Latinas and Latinos.

The two articles in this edition address specifically the recent anti-Latino immigrant hate violence spreading across the United States.

These articles describe the challenges of a social lawyering law practice that seeks to promote an anti-violence justice agenda on behalf of Latinas and Latinos. The authors help us to understand and appreciate that practitioners must find ways to address public perceptions driven by intentional misinformation, the need to challenge official inaction and insensitivity, and ways in which social justice activists may speak out against emotion and fear that drive anti-Latino animus. They also remind us that this is not an exercise without real consequences; there are lives at stake.

Professor of Law, City University of New York School of Law, and Founder and Director of Center on Latino and Latina Rights and Equality (CLORE) at CUNY Law School.