That Should Not Be Protected: Rethinking the United States Position on Hate Speech in Light of the Interpol Repository

Excerpted from: Joseph Lorant, That Should Not Be Protected: Rethinking the United States Position on Hate Speech in Light of the Interpol Repository, 25 Southwestern Journal of International Law 413 (2019)  (Note and Comment) (216 Footnotes) (Full Document)

Nearly 1,094 bias-related incidents or attacks occurred in the United States of America in the month following 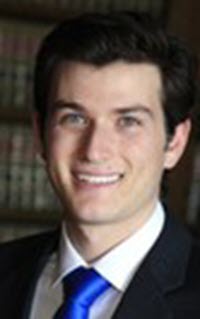 President Donald J. Trump's election. These incidents included race-biased demonstrations, swastikas or other drawn and graffitied imagery expressing messages of “hate and intolerance,” as well as physical attacks and other hate-inspired crimes. Such overt expressions of intolerance and hate have since diminished to a degree, but the underlying sentiments and behaviors persist. Further, the hate speech President Trump supplied during the election continues to unleash accompanying overt acts of violence and harassment both in the United States and abroad. Although the federal government and a majority of state governments protect individuals from hate crimes, the U.S. offers broad constitutional protections for hate speech and the promotion of hateful ideas.

American history is riddled with problems regarding how both the government and its citizens have treated minority racial and religious groups. Stemming from the institution of slavery, racism has been pervasive among citizens and the government in the U.S. After the Civil War, attempts to resolve race relation issues through the Reconstruction Movement ended with little success. Irish immigrants coming to the U.S. during the potato famine did not receive a warm welcome from already established communities, and neither did Italian, Slavic, Jewish, or Chinese immigrants in the early 1900s.

Given the tolerance of white supremacist ideals and anti-immigrant notions of these ever-increasing hate groups in the Supreme Court decisions, as well as many other instances not listed above, it is no wonder that hate speech and racial prejudice persists. Specifically, according to the Southern Poverty Law Center, 917 hate groups are currently active in the U.S., an amount which has nearly doubled since 1999. These hate groups engage in numerous activities to attract a wider following, such as publishing hate material in the form of articles, music and other internet publications, as well as conducting marches and rallies to promote their racist agenda.

The critical issue for this paper is that the non-violent activities of these hate groups are a form of hate speech that adversely affect the groups they target. The effects of hate speech fall into two categories. The first category is the constitutive harms directly caused by hate speech, such as psychological or self-esteem damage. Restrictions to freedom of movement and association can also directly result from hate speech by (1) direct messages or actions causing victims to leave a situation; or (2) the general presence of hate speech causing victims to be more cautious with their decisions.

The second type is the consequential harms occurring through indirect effects of hate speech. These effects include (1) persuading others to believe false discriminatory information, which causes them to engage in other harmful conduct; (2) conditioning listeners to be more receptive to negative stereotypes in general; and (3) conditioning the environment to make such speech and behavior normal. These indirect issues can cause a multitude of harms to the targeted groups, such as creating feelings of inferiority, silencing targets, harming the target's dignity, and maintaining power imbalances through racial hierarchies. It is important to note that children are highly susceptible to both of these types of harms and also can quickly learn to copy and question these behaviors if not on the receiving end.

One serious problem is the fact that discriminatory views have expanded into, and are legitimately entertained within, U.S. courts, government and politics. As stated above, there have been multiple political parties in which politicians have promoted racism and white nationalism in America, not to mention the discriminatory views that the major political parties held early on in U.S. history.

More recently, various white supremacist groups utilize the internet to connect with others who agree with their views to promote white nationalist and racist ideologies and policies. Hate groups, old and new, also utilize charisma, leading to the open discussion of their ideas and concerns as politically legitimate. When members of the U.S. government and coalitions of alt-right organizations present racist values to the public, it no longer matters that these ideologies are falsely held. The presentation of an idea with good rhetoric does not make it any more truthful, but it does make an idea more believable, and thus spreads the follower-base. Various politicians and representatives have also promoted xenophobic or homophobic values, and President Trump has fanned the flames on issues of hate speech and racism by protecting racist views and spreading them himself.

The effectiveness of hate groups and politicians in spreading white supremacist ideology is clearly seen in numerous statistics. The Anti-Defamation League has recorded a major increase in anti-Semitic activities in recent years, with an increase in racist speech and attacks by about thirty percent between 2015 and 2016, with an increase of eighty-six percent between 2016 and 2017. As stated above, many news outlets reported upon numerous racist remarks and attacks just after the most recent presidential election. Racial and ethnic attacks, as well as attacks provoked by homophobia and Islamophobia, indicate the trend that permeating hate speech can cause.

The connection between hate speech and hate crimes is clear, but the efforts in stopping such problems have been slow. The U.S. protections against hate speech apply in limited circumstances, and, in general, hate speech regulations are subject to the constitutional scrutiny afforded to protected expressions. When looking internationally, however, laws being implemented by European nations, among others, state that hate speech is against public safety, order, and morals. Under this premise, it is necessary in a democratic society to have hate speech and other discriminatory views be unprotected.

The approach this author recommends, however, is to follow the International Criminal Police Organization's (“Interpol”) Repository of Practice in light of Article 3 of its Constitution. The Repository lays out a balancing test of both the law a nation uses to prohibit speech and the targeted speech itself. If the established law does not fall within Interpol's limitations stated in Article 3 of its Constitution, and the speech is not protected by any rights established by the United Nations' Universal Declaration of Human Rights, then the speech is properly targetable. The reason for looking toward Interpol's approach is threefold: First, a change in U.S. law is required if the rising trend of hate speech is to be effectively countered; second, Interpol's predominant test for determining what speech is targetable is highly flexible and effective, as well as in adherence with international views; and third, the U.S. already has a policy of harmonizing with international law, and the law regarding hate speech should be consistent as well since the U.S. is involved in international organizations working against discrimination.

Interpol's standard is a highly successful and adoptable tool for the U.S. Yet, how much do the above arguments matter if President Trump is unwilling to acknowledge that a problem exists? His constant use of discriminatory rhetoric is a promotional influence for hate speech. If Congressional-majority support for President Trump is also considered, then a unified policy against hate speech will probably not come up soon.

Even with this being the case, positive changes in the law can still come about through precedents. It was shown above that the Court can look to international law and custom for its legal decisions, and how the Court has a tight control over the constitutionality of the First Amendment regarding how hate speech can be controlled.

At the same time, Brown v. Board of Education shows how the courts can start the process of creating progressive change in law and policy in the face of animosity by the other sectors of government. Given this, it is clear that the Courts have the power to sway social and political opinion upon this issue if the Interpol standard is adopted. Therefore, the necessary changes can happen sooner if greater consideration is given to the hate speech problem.