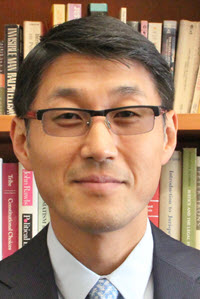 Violence is always an outgrowth of milder states of mind. - Gordon Allport, The Nature of Prejudice

Although comprehensive national statistics are unavailable, government commissions and Asian American communities agree that Asian Americans are frequently victimized by violent crime. In analyzing these crimes, this Note examines the catalytic role that stereotypes play in the evolution of such violence.

Part I describes the magnitude of the violence and the virulence of its harm. For clarity, this Note divides racial violence against Asian Americans into two categories: rational targeting and racist violence.

Part II addresses rational targeting, in which criminals use race as a proxy for information - for instance, the likely benefits and costs of mugging a particular victim. In such cases, Asian Americans are targeted not because of racial hatred but because of a crude economic calculus.

As our nation, and indeed the entire world, continues to struggle against violence inspired by all forms of group-hatred and prejudice, this Note focuses attention on the problem of racial violence against Asian Americans. In the face of uncertainty due to incomplete statistics and speculative psychology, in the face of the widespread belief that prejudice no longer harms people of Asian descent, in the face of the political silence that has historically blanketed Asian American needs, this Note asserts that racial violence is not only brutalizing Asian American individuals, but also casting terroristic fear over their communities. And to those who believe that Asian American stereotypes are innocuous or even complimentary, this Note gives cause for re-examination. Some Asian Americans fear a return to the days of paranoia of the “Yellow Peril,” a return to a time of intolerance and intimidation. Perhaps a deeper understanding of the context and causes of such violence will help avert such a repeat of history.