Excerpted From: Allison M. Dussias, The Reports of Our Death Are Greatly Exaggerated--Reflections on the Resilience of the Oneida Indian Nation of New York, 2018 Brigham Young University Law Review 1231 (226 Footnotes) (Full Document) 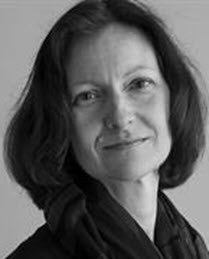 In her 2005 opinion for the Supreme Court in City of Sherrill v. Oneida Indian Nation of New York, Justice Ruth Bader Ginsburg wrote disparagingly of what she described as the efforts of the Oneida Nation to rekindle the "embers of sovereignty that long ago grew cold." The Court rejected the Nation's claim of a tax exemption for reservation land without directly addressing a basic principle of federal Indian law: tribal lands within the boundaries of a treaty-guaranteed reservation is not subject to state and local taxation.

Among the reasons that Justice Ginsburg gave for the Court's decision was the disruption to the status quo that would arise from protecting the land from taxation, as well as from other assertions of sovereignty that she predicted the Nation eventually would make. Absent from her analysis was an admission that the status quo arose from illegal conduct by the State of New York. Starting in the eighteenth century, the State acquired Oneida land through exploitative and in some cases fraudulent transactions, in defiance of federal law. It is as if Justice Ginsburg looked at the non-Indian governmental apparatus that had been built on the foundations of the State's unlawful actions and acted out of fear that Oneida assertions of sovereignty might burn it all down.

When Professor Steele invited me to speak in this symposium focusing on the resilience and endurance of tribes and tribal institutions, the struggle of the Oneida Indian Nation of New York for full recognition of its preconstitutional sovereignty immediately came to mind. The Nation continues to exist despite over two hundred years of efforts to erase its presence from the center of New York State. Retaining core aspects of tribal governance, the Nation has not only survived but also developed successful businesses that make an important contribution to the region's economy. Tribal government buildings and commercial enterprises today are situated on reservation land that was expropriated by New York State and repurchased by the Nation in the past few decades.

Undeterred by the outcome of the Sherrill decision, the Nation successfully applied to have reservation land taken into trust by the federal government, thus putting the land's status as sovereign, tribal land beyond question. The Nation reached an agreement with the State and with Madison and Oneida Counties on outstanding legal issues in 2013. This agreement, as Oneida leaders have said, reflects the peace and friendship envisioned by the 1794 Treaty of Canandaigua between the Oneidas and other Six Nations tribes and the United States.

What can the Oneida Nation's experiences teach us about tribal resilience? The answer, in short, is a great deal, as indicated by the following words of Professor John Tahsuda: "The history of the Oneida people is in many ways a microcosm of the history of indigenous peoples around the world. Originally a flourishing society, the Oneidas have traveled the road to near extinction and back. Ultimately, they evolved into a positive political and economic force."

In short, the Oneidas have shown exemplary resilience in the face of formidable challenges, including threats to their very survival as a nation.

This Article examines the historical and contemporary experiences of the Oneida Indian Nation of New York in its dealings with New York State and its non-Indian citizens. Three themes, apparent at different times and taking shape in different ways, emerge from this examination. These themes resemble musical refrains--oft-repeated messages, conveyed by the State and its citizens to the Nation, like discordant sounds from a broken record:

Boiling down the Nation's legal and political encounters with New York State to this basic level serves to highlight the blatant self-interest, and the settler colonialism, that are at the heart of it all, regardless of how much the State--at times aided and abetted by the Supreme Court--tries to hide behind legal niceties.

The Oneida Nation has not stood by in silence, however, when repeatedly confronted with these refrains. Rather, the Oneidas have, through words and actions, responded with their own messages to the State and its citizens:

1. Much of what is rightfully ours is now yours, because you stole it, but we are acting to reclaim it. At the same time, we will share with you the economic opportunities that we have created on our land.

3. Like it or not, we are here--and we never went away, either as individuals or as a nation.

These responses, made in the face of repeated attacks on Oneida land, sovereignty, and basic existence, embody the resilience of the Oneida Nation.

This Article begins in Part II with a brief discussion of the concept of resilience and situates the Oneida Indian Nation of New York within the historical and contemporary Six Nations Confederacy. Part III traces the history of the Nation's past and present encounters with the State and its citizens, highlighting how the themes identified above have emerged repeatedly. Only through this detailed review of the State's actions, and the Nation's responses to these actions, can the full extent of Oneida resilience be appreciated. The Article concludes in Part IV with final reflections on the Oneida Indian Nation of New York as an exemplar of tribal resilience.

Central New York is a sacred place--it is our eternal homeland, and our future is intertwined with Madison County's future. We are marching forward together--carrying forward the legacy of friendship and cross-cultural collaboration that was first made famous when two centuries ago our people stood in solidarity with General George Washington and those who were fighting for independence.

For over two hundred and fifty years, despite the sacrifices that it made as America's first ally, the Oneida Indian Nation has faced an uphill battle in its efforts to retain its land, preserve its sovereignty, and maintain its existence as a people. Actions often speak louder than words. The actions of New York government officials and the State's non-Indian citizens have repeatedly conveyed several messages, loud and clear:

As with the mythical Hydra, cutting off one head--countering one challenge to the Nation and its legal rights--does not stop the beast. Rather, the beast puts forth another challenge.

In City of Sherrill v. Oneida Indian Nation of New York, the Supreme Court in effect endorsed New York officials' oft-repeated hostile messages to the Oneida Nation. The Court was complicit in the denial of treaty-guaranteed property rights, the denigration of tribal sovereignty, and the subordination of Oneida rights to the demands of the dominant society.

As the discussion above has revealed, however, the Oneida Nation has shown remarkable resilience in the face of seemingly never-ending challenges, including the repercussions of the Sherrill decision. Conveying its own messages of determination to reclaim land, exercise sovereignty, and persevere as a people, the Nation has been able to survive and indeed flourish. Moreover, in recent years the Nation has shared the benefits of its entrepreneurship and economic success by partnering with former opponents in an effort to build a better future for all residents of Central New York State. Noting these efforts at partnership, Nation Representative Ray Halbritter has stated that "[w]hen the next generation looks back at their ancestors, they will be able to see a concrete example of two peoples that were driven apart by animosities, but that decided once and for all to embrace reconciliation and respect."

The Oneida Nation has also shared the benefits arising from its resilience, and the insights gained from its successes, with other tribes. The Nation has worked to protect "Indian Country's unique and sacred heritage" not only through programs in Central New York State that promote Indian language and culture, but also by supporting the Smithsonian Institution's National Museum of the American Indian. The Nation has offered itself as a testament to the benefits of Indian gaming as a tribal economic development model, noting how it has used gaming revenues to pay for many services that allow it to operate as a nearly self-sufficient entity, while also creating "an engine of job growth that has benefited the entire region." The Oneidas have partnered with National Congress of American Indians in a national leadership initiative, the "Change the Mascot" campaign, which educates the public about the damage done to Indians by sports teams' use of racial slurs and racist imagery. The campaign has prompted schools around the country to change their mascots.

The Nation has also reached out to other tribes facing challenges to their own resilience. Nation Representative Halbritter traveled to the Standing Rock Sioux Reservation in 2016 to demonstrate Oneida solidarity with the Standing Rock Sioux Tribe in its opposition to the Dakota Access Pipeline. He noted that the struggle was "more than a critical fight over a pipeline," as it was "also part of a courageous fight over many generations to protect the basic civil rights of all people--including those like Native Americans who have too often been bullied, ignored or treated as afterthoughts." Halbritter "urge[d] everyone to stand on the right side of history with the Standing Rock Sioux."

The following comment on another resilient tribal nation, the Osage Nation of Oklahoma, seems adaptable as a fitting description of the Oneida Indian Nation:

What has been possible to salvage has been saved and is dearer to our hearts because it survived. What is gone is treasured because it was what we once were. We gather our past and our present into the depths of our being and face tomorrow. We are still Osage.

Like the Osages, the Oneidas have endeavored to protect what has survived to the present, while also taking action to regain treasures that have been lost in the past. In contrast with the Hydralike challenges that it repeatedly has had to confront, the Oneida Nation has proved itself to be more like the mythical Phoenix, ever rising, renewed, from the ashes of the past, and ready to face the challenges of the present and of the future.