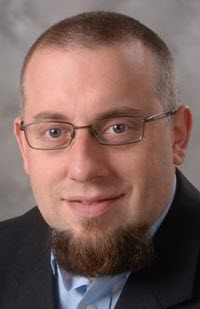 Stereotypes of Native American culture is not new. American children have mimicked the depictions of cowboys and Indians seen in film for over a century with the Indian characters being the 'bad guys.’ More recently, the stereotype of the 'noble savage’ has permeated our pop culture. But today, the stereotypes of American Indian culture may be most prevalent in commercial speech. The Cigar Store Indians, Spirit Cigarettes, Land O'Lakes, Calumet Baking Powder, and Crazy Horse Strip Club are just a few of the examples of American Indian imagery used for commercial purposes. Some may argue that we live in a politically correct world and corporations are more aware of such offensive uses. This may be true in other offensive depictions, but misappropriation of Native American imagery still lingers and there is little movement on the part of these corporations to remove such images. So, American Indian tribes must continue to fight to have such imagery removed from advertising. But the question remains: is there any legal remedy for Native American tribes when it comes to such cultural misappropriation?

Over the last couple of decades, tribes and tribal organizations have brought political and legal actions in an attempt to take back the names, customs and image of the tribes. The tribes have had some political success, but the legal barriers are much too high for them to create permanent change. Despite the tribes being sovereign nations who are outside the reach of the U.S. Constitution, the First Amendment has barred most attempts to stop outsiders from using stereotypes or misappropriating their cultures for commercial gain.

This article outlines legal battles over cultural sovereignty and offers an argument as to why the law should be changed to protect against the exploitation of Native American imagery for commercial purposes. First, the paper details several legal battles between Native Americans and corporations. Next, the paper outlines commercial speech doctrine and federal Indian law and examines how each is steeped in Western legal history thus making it difficult for tribes to prevail. Finally, the paper argues that the foundations of commercial speech doctrine can be combined with some of the tenets of federal Indian law in order to protect cultural sovereignty.

Having distinct categories of ownership for property is “counterintuitive for tribal peoples.” Tribes often take a more collectivist approach to the ownership of property, both real and intellectual. But the Western tradition of intellectual property gives power and authority to individuals. Thus, the idea of cultural property has made little advancement in American courts. Furthermore, free speech jurisprudence makes it very difficult to curtail the misappropriation of cultural property. Even in commercial speech, where there has been greater scrutiny, courts are unwilling to censor speakers and chill free speech.

But with Native American tribes, there is an argument that the U.S. government has an additional duty to protect tribal cultural sovereignty and balance the interests of the commercial entity with that of a tribe. The government has an interest in protecting the tribes from a loss of their culture, integrity and identity. Commercial entities who desire to use Native American cultural property should have to get permission from whatever tribes are implicated by the use. If a commercial entity does not get permission, then tribal courts should be able to review the use and decide if an injunction is necessary.

This could be seen as an affront to the First Amendment. But the First Amendment does not apply to tribes as sovereign nations. Tribes must provide for free speech rights pursuant to ICRA, but any free speech determination would follow tribal law. Extending the tribal court's jurisdiction to non-tribal members is worrisome for civil libertarians, but in the Hornell case we saw that the Lakota tradition of justice was not punitive. There was no multi-million dollar award of damages. All the Lakota wanted was a cessation of the misappropriation, an apology and a rather minimal gift. Ultimately, what they wanted was understanding of the sanctity of cultural property and identity.

Associate Professor, School of Communication Media and the Arts, SUNY-Oswego.