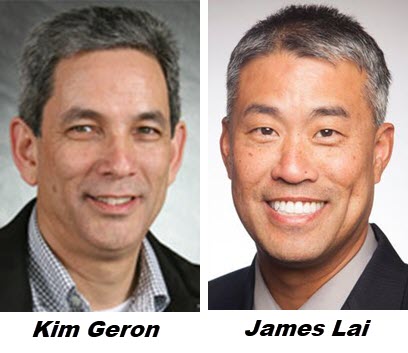 The results of these surveys indicate that Latino and Asian American politicians are on average older, more financially secure, and better educated than their respective general populations. They also are more liberal ideologically than the general populations. The analysis further reveals that the percentage of ethnic population is a stronger determinant for the election of Latino politicians than for Asian American politicians. A significant number of Latino elected officials aim their policies to benefit primarily the Latino community, whereas Asian American elected officials focus on broader community isues due to their districts' demographics. Ethnicity, however, can play a significant role for Asian American elected officials, particularly in raising campaign contributions from their communities. This paper concludes that despite internal heterogeneity and structural barriers that have limited both groups' political advancement, Latino and Asian American political activists are using a variety of methods to achieve political incorporation and policy responsiveness at the local and state levels.

In a society as diverse as the United States, equality for all remains an elusive goal. In a nation where the dominant majority has used physical and cultural differences to discriminate and to marginalize minority groups, the need for symbolic and substantive representation is a necessary step in a much longer process of full equality for historically underrepresented groups. The political representation of minority groups is exclusively the responsibility of its members. However, the historical divisions amongst the racialized peoples of this country require continued exploration of how minority representatives act to represent their own historically underrepresented group members and others in a similar situation. As Williams notes, "Although representation for marginalized groups is not in itself a cure for injustice, there is good reason to believe it is at least a healing measure."