When Protest Is the Disaster: Constitutional Implications of State and Local Emergency Power 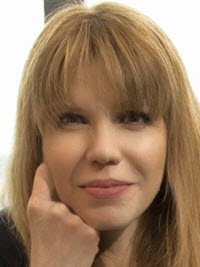 On August 19, 2014, a police officer stands on the streets of Ferguson, Missouri, pointing an AR-15 semi-automatic rifle at an unarmed crowd of protesters."I am going to fucking kill you! Get back, get back," he yells. When the officer is asked his name, he responds, "Go fuck yourself." Five days before, on August 15, 2014, a white police officer, Darren Wilson, shot an unarmed teenager, Michael Brown. Michael Brown was the fourth unarmed black man killed by a police officer that year. His death ushered in weeks of vigils and mass protests. In response, state officials turn to military tactics to suppress the protests, treating civilians like enemies of war. Police use military grade weaponry and war tactics for crowd control. The Missouri governor declares a state of emergency and enacts a curfew. Militarized policing continues. Arrest numbers balloon. People are arrested for expressing dissent outside a police-designated zone or for simply standing in place in public. The Governor activates the National Guard one day before the nameless officer takes aim at protestors with his rifle. But this officer is just one of many. News reports fill with images of law enforcement officers pointing weapons at unarmed civilians in the streets of Ferguson. In August and early September, about 300 people are arrested--many violently so-- as they engage in protests and demonstrations in Ferguson. When questioned about the justification for the arrests, police on the ground reply "I don't know," "I can't answer that," or "this is a riot situation." This paper exposes and critiques state executives' use of emergency power and emergency management mechanisms to suppress grassroots political activity and suggests avenues to counter that abuse.

Recently, the exercise of executive emergency power has become one of the great controversies of the day. Politicians and civil rights organizations rush to check the national executive as it engages in an unwise exercise of executive power, and justifies it through the rhetoric of emergency. Most recently, the President declared a national emergency to divert over $6.5 billion to build a wall at the United States' southern border with Mexico. This is just one of many actions that this President has taken under the guise of a crisis. This Article demonstrates that, as with national executives, we must be wary when state and local executives--and their emergency management personnel--react in crisis mode and ultimately make use of expansive emergency powers. There is an existing body of scholarship examining national emergency powers. However, the reality is when crises occur, state and local executives are the first responders. Some state responses have received scholarly attention. Scholars criticized Louisiana state and local actors' aggressive, harmful, and rights-violating actions in the wake of Hurricane Katrina. Yet outside the context of natural disaster, the effect of state and local officials' emergency responses and policies on individual rights remains relatively unexamined in legal literature. This Article begins to fill that void by exposing the harsh and extreme tools that government actors use when they perceive mass protests as the emergency. I examine the actions of executive state officials, both before and after the declaration of an emergency, and demonstrate how they violate protestors' rights.

Even before executives declare a legal emergency, state and local first responders--namely the police--can utilize emergency management tools to suppress protests. However, the emergency declaration aggravates violations of protestors' rights. Once there is an emergency declaration, police are justified to use existing tools more harshly. Police can now engage in mass and arbitrary arrests. The arsenal of oppressive government tools expands because violations of emergency rules and procedures constitute cause for arrest. The executive institutes curfews and only permits expression in designated areas. Ultimately, I conclude that these emergency management tools--used by police and officials before and to a greater extent after the legal emergency--cause irreparable damage to the First and Fourth Amendment rights of protestors.

I choose to focus on the executive's response to protest because this public activity is, at its core, an exercise of a constitutional right. Protest activity is central "to the history and identity of the liberal, democratic nation state." In the words of Justice Brandeis,

Those who won our independence ... believed that freedom to think as you will and to speak as you think are indispensable to the discovery and the spread of political truth; that, without free speech and assembly, discussion would be futile ... that the greatest menace to freedom is an inert people; that public opinion is a political duty, and that it should be a fundamental principle of American government.

State and local executives and the laws that govern their emergency powers ignore the centrality of speech in the American democratic state. Instead, executives utilize a "one size fits all" emergency management approach that does not distinguish among the events that precipitate the perceived crisis. Thus, state and local executives and law enforcement are free to and do utilize emergency management principles, mechanisms, and laws to respond to protests in the same manner they would a flood, earthquake, or tornado.

I conducted interviews with state and local emergency management officials and personnel and reviewed relevant materials to understand crisis response structures and mechanisms at the state and local levels. I learned that the prevailing emergency management all-hazards approach does not differentiate between the different types of emergencies. State laws do not distinguish between a purported emergency due to protest, civil unrest, natural disaster, accident, terrorist event, etc. Thus, the same rules and principles that give executives great discretion and latitude to deal with a hurricane, an oil spill, or a terrorist attack govern when dealing with a protest that the executive decides warrants emergency action or a state of emergency declaration. This results in no realistic limit on the executive's power to deal with a purported crisis and no real protection of individual liberties. Emergency officials view protests as law-enforcement-centric events, which means that before and after a legal emergency is declared, officials give the police free rein to control protestors. This makes this expansive emergency management power dangerous, as the government equates protestors with a catastrophe and provides an executive--and derivatively, the police--the might of the state to quell individual protestors in the manner that the same would seek to quell a disaster.

Whenever executives respond to a crisis, they are driven by the need to maintain public safety. State constitutions and statutes clarify that the rationale for the executives' crisis and emergency management role stems from their duty as protectors of the state and its people. Thus, state and local officials cite public safety as a justification for state and local crisis response. The rhetoric of emergency further serves to neutralize officials' and police's behavior that may regularly be perceived by the public and the courts as abusive and overreaching. While protection of public safety is an important value and an obligation of government, so is the protection of constitutional rights. Understanding the difficult tension between public safety and individual liberties is a consistent theme in legal and social sciences scholarship. This examination contributes to that discussion where the purported crisis creates an extreme imbalance between the government's interest in maintaining order and individual freedom. State emergency constitutional provisions and statutes generally make no mention of protection of individual rights. This Article interjects this concern and inquires how individual liberties are furthered or harmed by the state and local executive's crisis and emergency management when responding to public protest. This piece acknowledges that there is an important interplay between the state and federal actors in the area of emergency management, but leaves others to explore that relationship. However, scholars have largely ignored the expanse of state and local emergency power and the harm that it can do to First and Fourth Amendment rights when protestors and community dissent are the catastrophe.

In this exploration, I use as sample narratives the 2016 North Dakota oil pipeline protests, the 2014 Ferguson protests, and the 1999 Seattle World Trade Organization (WTO) Conference protest. After a brief description of the events that precipitated protests in my sample jurisdictions in Part I, this Article explains the emergency powers of governors and mayors and corresponding emergency management structures in Part II.

Using evidence from the chosen protest jurisdictions, Part III of this Article examines how executive decisions made during relevant crisis suppressed protests and violated individuals' constitutional rights, primarily First and Fourth Amendment rights. In Ferguson, first responders used oppressive policing tactics before any emergency declaration was instituted, thus violating the rights of demonstrators. Across the three jurisdictions, however, the executive emergency declaration aggravated the use of these oppressive pre-emergency tactics and opened a Pandora's box of tools to suppress protest activity.

The Article then asserts in Part IV that there is no effective legislative or judicial check on the executive's emergency management decisions. Lawmakers are unlikely to reign in the executive on behalf of protestors, and current judicial review is exceedingly deferential to the executive. This Article then suggests a better check on executive crisis and emergency actions undertaken in response to mass protest. When the protest is the disaster, more robust judicial review of executive emergency declarations and the establishment of a council to guide state and local executives' crisis/emergency response are crucial.

Whether it is asylum seekers at the southern border or protestors on the city streets, the concept of emergency is malleable. At the state level, constitutions and statutes set no real parameters on what amounts to an emergency. This is dangerous for constitutional liberties when the emergency is mass public dissent. Moreover, emergency management mechanisms do not require a threshold legal emergency before authorities respond to a perceived crisis. Law enforcement can call in excess police from surrounding jurisdictions via mutual aid agreements, utilize military grade equipment and tactics against activists, and employ existing laws to effectuate arrest. Once the executive declares an emergency, it aggravates the use of oppressive police tactics and also expands executive power. State and local officials can institute a curfew, close public streets to dissent, arrest for failure to adhere to emergency orders, deviate from regular procedures and institute ad hoc rules, and call in the National Guard. When the protest is the emergency, the protest narratives demonstrate that the result is pervasive suppression of protest activity in violation of our constitutional rights and founding principles. A solution that serves to protect speech and assembly rights must occur on both judicial and executive fronts. First, government executives' responses to mass protests should be guided by an expert emergency council whose goals include protection of constitutional liberties and de-escalation. Second, courts should scrupulously scrutinize any emergency declared in response to protests. This prescription will better preserve the freedom to vigorously dissent while in search of our American ideals.