Youth at the Center: A Timeline Approach to the Challenges Facing Black Children 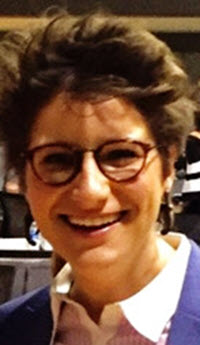 At the center of Forward Through Ferguson's Action Plan are children, a demographic critical to any long-range plan of reform in St. Louis. Yet the challenges facing African American children are often looked at in isolation to one another, whether it be education, health care, or juvenile justice. To fully capture the labyrinth of hurdles facing Black youth, this article presents a timeline approach, synthesizing the most recent sociological work to demonstrate the categorical and overwhelming discrimination, top to bottom, faced by all too many Black youth in America.

The unique typology of this article is structured in a “timeline” fashion, starting with birth, and continuing through the notable and unequal increases in likelihood that African Americans will come into contact with the criminal justice system virtually at all points throughout their lives. The ticks on the timeline are associated with empirical studies and other notable scientific analyses related to the connections between disparate outcomes, structural inequalities, invidious discrimination, and implicit biases in the American justice system. This timeline approach overwhelmingly indicates Black bodies are particularly and persistently vulnerable to incarceration. Moreover, these micro-choices at a macro-level demonstrate the ever-relevance of race and, therefore, discredit any assertion of a post-racial America. In conclusion, this Cradle-To-Grave Approach to Incarceration reveals that in all too many cases, Black children's lives are profoundly limited by the ingrained implicit biases and structural inequities germane to America. While a timeline approach has been alluded to by scholars such as Loic Wacquant and Alice Goffman, it has never been articulated or demonstrated in a work dedicated solely to a comprehensive synthesis of relevant literature. This article does that, revealing a startling confluence of structural inequities and implicit biases impacting children from a young age, eventually pulling them towards incarceration at a dramatically higher rate when compared to their White counterparts.

Approaches to this research revolve around asking questions related to typical milestones in one's life: at age four or five, young children normally start school, so how are Black and White children educated differently? Are there inequities between Black and White children already apparent in kindergarten? Are standardized tests scores differentiated on account of race and, therefore, do they affect the likelihood of post-secondary education as a feasible option after high school? How have educational environments become increasingly criminalized? Does punishment within schools look different depending on the racial makeups of classrooms? Is there a connection between punishment in schools and juvenile corrections? Does an early connection to juvenile justice contribute to recidivism later in life and how are certain racial groups disproportionately impacted? How does perceived educational attainment on behalf of educators differ depending on one's race? Is the school to prison pipeline unequally impacting children of color?

Demographic examinations of the American prison population reveal wide racial disparities. Police are frontline actors in the American justice system, so are we patrolling communities differently based on race? Do law enforcement personnel use force differently based on perceived phenotype of an alleged offender? How has the militarization of police developed in America and does this militarization impact communities of color differently versus their White counterparts? Are individuals charged with capital crimes divergently when controlling for race? Do juries weigh information differently depending on the race of a defendant? Do judges sentence White and Black offenders differently? Is job acquisition by ex-convicts different when factoring for race? This article suggests the answers to these questions, among many others, implicate the connections systemic inequality and implicit bias and the ways in which these concepts go unacknowledged and unprotected, rendering black and brown individuals disproportionately vulnerable to incarceration.

On the whole, research demonstrates that

Even though many of these children have done nothing wrong, they are targeted by police, presumed guilty, and suspected by law enforcement of being dangerous or engaged in criminal activity. The random stops, questioning, and harassment dramatically increase the risk of arrest for petty crimes. Many of these children develop criminal records for behavior that more affluent children engage in with impunity.

Instead of enriching safe havens, schools are increasingly ways in which poor Black boys develop criminal records and begin a life on the run, further relegating them to a lower status in constant connection with systemic mass imprisonment. Goffman documents this destruction by stating:

In the neighborhood of 6th street and others like it, boys begin in school, but many make the transition to the juvenile courts and detention centers in their preteen or teenage years. By the time many young men in the neighborhood have entered their late teens or early twenties, the penal system has largely replaced the educational system as a key setting of young adulthood. These boys and young men are not freshman or seniors but defendants and inmates, spending their time in courtrooms instead of classrooms, attending sentencing hearings and probation meetings, not proms or graduations.

As the criminal justice system has come to occupy a central place in their lives and by extension those of their partners and families, it has become a principal base around which they construct a meaningful social world. It is through their dealings with police, the courts, the parole board, and the prison that young men and those close to them work out who they are and who they are to each other.

Goffman's riveting account helps to explain why youth need to be at the center of any long-term plan of reform. It is not enough to simply study one or two challenges facing minority youth in urban settings, it is actually necessary to take a comprehensive look at all of the challenges urban youth face. Only then can we grasp the scope of the change that needs to take place.