The Seeds of Early Childhood 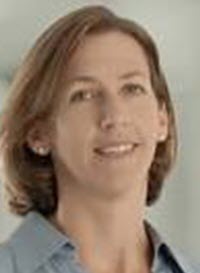 The image of newborn babies wrapped in identical blankets, lying side by side in hospital bassinets, one indistinguishable from the next, is both familiar and pervasive. It's a sweet image that suggests the commonality of the life cycle. The irresistible inference is that those babies--all babies--leave life's starting line together. Each is safe, clean, nurtured, and swaddled, under the watchful eye of a mother, perhaps a father, and an array of medical providers. But the reality is quite different. And while focusing on early childhood--those crucial years from zero to five--is necessary and long overdue, we need to train our lens to earlier points in time as well in order to understand the inequality, racism, and poverty that cements different life trajectories for children before they even start kindergarten. Even the hospital nursery is not a level playing field.

Pre-birth inequalities are not natural or inevitable. Rather, we create and cement policy choices that reduce access to adult healthcare, restrict accessible contraception, impede access to abortion, and deny prenatal care. Together, these choices mean that, in the United States, we maintain very high rates of unwanted pregnancy and increasingly high rates of maternal mortality and morbidity, burdens that fall disproportionately on women of color and women of lower socioeconomic status. Equality demands that we address these disproportionate burdens.

Our healthcare system does not dispense care or good outcomes equally. Quite the contrary. As summarized in a recent brief of the U.S. Department of Health and Human Services, “[m]inority populations, in particular, continue to lag behind whites in a number of areas, including quality of care, access to care, timeliness, and outcomes.” Overall, the Affordable Care Act reduced gaps in healthcare access between rich and poor, white and non-white, and men and women. Substantial inequalities remain, and attacks on the ACA threaten to return to the previously larger disparities. And these general disparities in access to healthcare are exacerbated by attacks on sexual and reproductive health care. There are racial disparities in every aspect of sexual and reproductive health care. Women of color are “less likely to have access to reproductive health care, including medically appropriate contraceptives, annual gynecological exams, and prenatal care.” Black women have higher rates of unintended pregnancy, particularly for teenagers; these disparities would disappear with the removal of barriers to “cost, access, and knowledge.” Abstinence-only education, proven not to work yet clung to by many states, disproportionately harms non-white teenagers.

Let's return to the image of those side-by-side newborn babies in the hospital. Perhaps they look indistinguishable, but the paths that led to that nursery might have been very different--and ensure that the days, weeks, and years after that nursery stay are different as well. That one might have a dead mother is just one of many inequalities that may distinguish one baby from the next. A system that delivered the level playing field represented by those identical blankets would do many things differently. It would prioritize comprehensive sex education to facilitate informed behavior and decision-making. It would expand rather than constrict access to contraception. It would make abortion accessible. It would improve access to prenatal and post-partum care, as well as infant care. It would also expand access to sexual and reproductive health care throughout the reproductive life cycle. The federal and state governments should work toward these goals because they will improve the lives of mothers and their children--and give children a more equal start.