The Harm of Child Removal 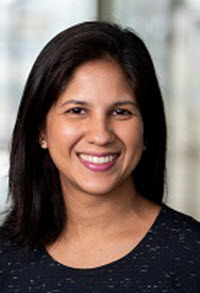 In a recent case in New York, a mother came under investigation when she took her then six-week-old son, Kaden, to the hospital with head injuries. New York City's Administration for Children's Services (“ACS”) became involved after a doctor at the hospital concluded that Kaden's injuries were inconsistent with his mother's explanation. Kaden was removed from his mother's care, as was his nine-year-old sister Rihana. Since the children had different fathers, the siblings were also initially separated from each other. Rihana was placed in the care of her father--with whom she had previously only experienced weekend visitation.

Following the separation from her mother and brother, Rihana's emotional state deteriorated. She started having problems in school and even threatened to harm herself if not returned to her home. Her therapist observed that she had “regressed to where she had been two years prior.” Although she showed some improvement after being moved from her father's home to her grandmother's, Rihana, through her attorney, kept begging to come home to her mother. In an in camera interview, “Rihana expressed to the Court her desire to return home to her mother and that she is sad to be away from her.” For Rihana, the harm of removal was extremely high.

Recent uproar about the separation of immigrant children from their parents at our southern border has led to an outpouring of information from the medical community about the horrifying effects that family separation has on children. Doctors say family separation yields “catastrophic” results, with the trauma of being taken from one's parents having long-term effects on children's brains. Over 13,000 mental health professionals signed a petition which states that “[t]o pretend that separated children do not grow up with the shrapnel of this traumatic experience embedded in their minds is to disregard everything we know about child development, the brain, and trauma.” The American Association of Pediatrics noted that family separation “can cause irreparable harm, disrupting a child's brain architecture and affecting his or her short- and long-term health. This type of prolonged exposure to serious stress--known as toxic stress--can carry lifelong consequences for children.”

This information, while disturbing, is not new. Study after study demonstrates that children also suffer complex and long-lasting harms when they are removed from their parents and placed into foster care. Yet, in most states, courts consider only whether a child is at risk of harm if she remains in her parents' care, without factoring in the harm that results from the alternative--removing that child from her home and her family. Due to the child welfare system's long history of erring on the side of removal, taking children from their parents is widely considered the better and safer course of action. There are certainly cases in which removal may be necessary. But in two jurisdictions, courts are required to consider the whole picture, including the harm of removal, before coming to that conclusion. Further, recent federal law demonstrates recognition of the dangers of taking children from their families and may signal a broader shift back towards prioritizing family preservation.

This article explores how the child welfare system's stated goal of protecting children would be better served if all involved parties utilized information about the harm of removal when making decisions. This includes passing legislation; allocating funding; considering removals; and lawyers advocating for clients in an effort to keep their families together. This paper argues that consideration of the harm of removal would allow the child welfare system to better serve children by contemplating all potential harms prior to removal and balancing them to determine what is really in a particular child's best interest--removal or remaining at home.

Part II highlights some of the many harms that result from child removal. These include emotional, societal, and cultural detachment, as well as the myriad negative outcomes flowing from placement into a broken foster care system.

Part III identifies how our culture and laws have contributed and continue to contribute to the harm suffered by children by disregarding the adverse consequences of removal.

Part IV demonstrates areas where existing law protects children by recognizing the right to family integrity and requiring consideration of the harms of child removal.

Part V makes recommendations for improvements to the current system as applied to the harms of child removal. First, Congress could increase the amount of funding available to protect children. Second, state legislatures could mandate that the harm of removal be considered by judges and the state. Third, judges could construe existing law to require consideration of the harm of removal in abuse and neglect proceedings. Fourth, lawyers in family court proceedings can raise facts about the harm of removal, providing judges with the information necessary to assess whether the harm of removal from parents outweighs the harm of staying with them.

The child welfare system exists to protect children from harm. Yet, in most jurisdictions in America, courts fail to consider the trauma that children will suffer if they are removed from their parents. This trauma is documented in study after study, yet remains virtually invisible in most family courts, as there is no legal requirement that judges take this information into account.

It is a sad reality that removing children may sometimes be necessary. However, in many cases, children can remain at home safely, particularly with targeted services or court supervision. Accordingly, considering the harm of removal in family court cases--whether by federal or state statutory mandate, or common law crafted by informed lawyers and judges--furthers the ultimate goal of the child welfare system: protecting children from harm.

Shanta Trivedi is a Clinical Teaching Fellow in the University of Baltimore Bronfein Family Law Clinic.