The Evolving Paradigm of Laws on Lead-based Paint: from Code Violation to Environmental Hazard 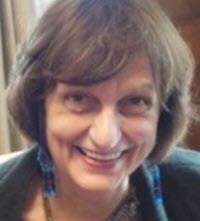 This article explores the significance of an ongoing paradigm shift for the legal approach to lead-based paint in privately owned residential properties from a housing paradigm to an environmental paradigm. The housing paradigm, still prevalent in most state and local law, has resulted in general silence on the lead-based paint issue in the community and, consequently, to little actual abatement of the hazard. The shift to an environmental paradigm for addressing hazards of lead-based paint in private housing is reflected in some state and federal legislation. Because of its focus on the discovery of health hazards, on the handling of hazardous material, and on long-term planning, an environmental lens offers a paradigm more likely to lead to actual abatement of lead hazards.

This article first explores the existing framework of laws on lead hazards. Lead poisoning seriously affects the health of children and pregnant women and disproportionately affects ethnic minorities. Federal legislation separate from the major environmental laws addresses the issue of lead-based paint in federally owned or subsidized housing, but that law has not been extended to privately owned housing. Participants in the housing system—owners, rental property managers, lenders—have resisted accepting responsibility for reduction of the environmental hazard of lead-based paint in part due to the expense of abatement and the uncertainty of safe abatement techniques and standards. State and local health, housing, criminal, and property transfer laws have been generally ineffective in bringing about change in the housing stock and in protecting the health of occupants from poisoning. Examples of stalemates that arise when seeking legal relief from lead hazards are drawn from Maryland law.

The article next distinguishes the housing paradigm, under which tenant-landlord disputes have provided the context for the development of the law, from an emerging environmental paradigm, which calls for discovery and response to hazards when occupants, workers, or the community around the dwelling may be affected. The article explores elements of this paradigm in Massachusetts law, in 1992 federal legislation, and in voluntary private market response of requiring an environmental assessment of residential property by the Federal National Mortgage Association (FNMA), a secondary mortgage market entity. By requiring disclosure of this hazard in housing to potential buyers and tenants, the federal government may force the residential real estate market to take the hazard into account in setting the rental amount and sales price. Market aversion to risks of liability and to loss of investment is likely to bring about voluntary compliance with hazard abatement laws. The interdisciplinary approach endorsed in the 1992 legislation is particularly appropriate for an area in which public knowledge and technology are changing.

The article concludes with recommendations about how state and federal law on lead hazards might further develop as the paradigm takes hold. At the federal level, the government should set uniform standards for lead dust levels and safe abatement, and should provide a funding mechanism for hazard abatement. At the state level, the law should require both testing and disclosure before the sale of real property, testing and hazard abatement before rental, and provisions for relocation of tenants at landlord expense during hazard abatement. Local registration laws for rental property could trigger the testing process. In addition, states should establish and enforce sanctions for knowing endangerment of persons by lead hazards.

Perception of the problem of lead-based paint hazards in housing as an environmental hazard, known to affect low income children for decades, has caught the attention of the realty, housing finance, and insurance industries. These industries, central to the fiber of economic activity, can create substantial compliance with lead hazard abatement laws through private means of risk avoidance.

Efforts at law reform applied to physical assets, such as housing, will stagnate until there are structures in place to effect change. These structures include abatement standards, requirements that owners test to determine whether the standards are violated, entities capable of physically correcting the environmental problem, and funding mechanisms to pay for abatement of non-profit and low-profit housing stock. To succeed, the struggle to remove lead-based paint from the nation's housing requires interdisciplinary work among lawmakers, deleading contractors, health officials, and financial and insurance industry personnel. Products liability and personal injury law, which provides appropriate individual remedies, have drawn the problem of lead-based paint to the attention of major investors. This attention, first drawing defensive resistance and denial, is now leading to a pooling of resources to stimulate solutions such as victim compensation funds and property maintenance standards.

The effect of past exclusion of the release of toxic substances from products in residential structures from federal environmental law coverage is clear: standards for testing and acceptable abatement of lead-based paint have only been established recently, development of more affordable methods of testing and abatement has stagnated, and the public has only been informed belatedly of the risks involved with lead-based paint. Governmental neglect of the lead-based paint problem violates the civil rights of the ethnic minorities who are disproportionately poisoned by lead-based paint.

Further, the secondary mortgage market is a remarkably powerful tool for changing behavior of its participants. Once the market adopts practicable measures, such as its underwriting guideline on testing for lead-based paint in multi-family properties, that will encourage abatement of lead-based paint, then the methodical pressure of the market will change the behavior of the lending institutions, appraisers, and, ultimately, buyers and sellers of residential housing. Although environmental change is not the motivation for Fannie Mae's actions, its policy choices carry influence that can be harnessed to bring about change. This is particularly significant as the federal government imposes new goals on Fannie Mae to increase its support of affordable housing.

To address conditions in slum properties and others which do not appear in secondary mortgage market portfolios, traditional housing code enforcement and tenant remedies remain necessary. To this sector, an environmental approach means increased testing and abatement. Disclosure of lead-based paint problems, if required by states at the point of sale and rental of property, will increase pressure on landlords to actually test for lead-based paint hazards themselves, because they will no longer be able to deny awareness of the risk.

The emerging environmental paradigm offers an appropriate set of social values and legal incentives for causing change in the nation's housing stock. This model invites society to consider health as a matter of economic and racial equity and causes society to question the housing categories that have led to inequitable distribution of environmental health risks.