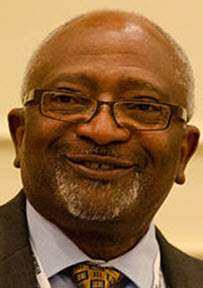 Despite significant improvements in environmental protection over the past several decades, millions of Americans continue to live, work, play, and go to school in unsafe and unhealthy physical environments. Over the years, the dominant environmental protection paradigm has managed, regulated, and distributed risks. The current environmental protection apparatus (1) institutionalizes unequal enforcement, (2) trades human health for profit, (3) places the burden of proof on the “victims” and not the polluting industry, (4) legitimates human exposure to harmful chemicals, pesticides, and hazardous substances, (5) promotes “risky” technologies such as incinerators, (6) exploits the vulnerability of economically and politically disenfranchised communities, (7) subsidizes ecological destruction, (8) creates an industry around risk assessment, (9) delays cleanup actions, and (10) fails to develop pollution prevention as the overarching and dominant strategy.

During its near thirty-year history, the United States Environmental Protection Agency (EPA) has not always recognized that many of our government and industry practices, whether intended or unintended, have an adverse impact on poor people and people of color. The EPA was never given the mission of addressing environmental policies and practices that result in unfair, unjust, and inequitable outcomes. The EPA and other agencies are not likely to ask the questions that go to the heart of environmental injustice: What groups are most affected? Why are they affected? Who did it? What can be done to remedy the problem? How can the problem be prevented? Vulnerable communities, populations, and individuals often fall between the regulatory cracks. Growing grassroots community resistance has emerged in response to practices, policies, and conditions that residents have judged to be unjust, unfair, and illegal. Discrimination is a fact of life in America. Racial discrimination is illegal.

In response to growing public concern and mounting scientific evidence, President Clinton, on February 11, 1994, signed Executive Order 12,898, “Federal Actions to Address Environmental Justice in Minority Populations and Low-Income Populations.” Executive Order 12,898Executive Order 12,898 reinforces Title VI of the Civil Rights Act of 1964, which prohibits discriminatory practices in programs receiving federal funds. It also focuses the spotlight back on the National Environmental Policy Act (NEPA), a law passed in 1969 that set policy goals for the protection, maintenance, and enhancement of the environment.

[The article has the following sections:

The environmental protection apparatus is broken and needs to be fixed. The environmental justice movement has set out clear goals of eliminating unequal enforcement of environmental, civil rights, and public health laws. Environmental justice leaders have made a difference in the lives of people and the physical environment. They have assisted public decision makers in identifying “at risk” populations, toxic “hot spots,” research gaps, and action models to correct existing imbalances and prevent future threats. Impacted communities are not waiting for the government or industry to get their acts together.

Communities have begun to organize their own networks and assist in their inclusion into the mainstream of public decision making. They have also developed communication channels among environmental justice leaders, grassroots groups, professional associations (i.e., legal, public health, education, etc.), scientific groups, and public policy makers to assist them in identifying “at risk” populations, toxic “hot spots,” research gaps, and work to correct imbalances.

Hazardous wastes and “dirty” industries have followed the “path of least resistance.” Poor people and poor communities are given a false choice of “no jobs and no development” or “risky low-paying jobs and pollution.” Industries and governments (including the military) have often exploited the economic vulnerability of poor communities, poor states, poor regions, and poor nations for their “risky” operations. The environmental justice movement challenges toxic colonialism, environmental racism, and the international toxics trade at home and abroad