Contaminated Childhood: How the United States Failed to Prevent the Chronic Lead Poisoning of Low-income Children and Communities of Color 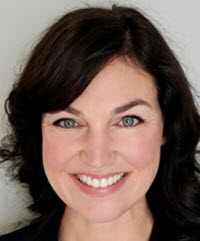 Undisputed scientific evidence demonstrates that no amount of lead in the blood is safe. Children and adults exposed to the neurotoxin regularly experience an elevated risk for permanent brain damage, disability, and, at higher levels, death. Even low levels of exposure can cause permanent neurological damage. Lead poisoning is especially prevalent among minorities and people living in poverty. Under current policy approaches, and despite knowledge of the dangers of lead exposure, “children are used as biologic monitors for environmental lead.” Rather than identifying and controlling the lead hazard before a child is harmed, public policy follows a predominately “wait and see” approach. For example, the majority of local, state, and federal programs require that a child develop lead poisoning before lead hazard investigation and remediation in the child's environment is permitted or required. These lead poisoning “prevention” policies are hardly preventative in nature, create a false sense of safety, and mislead the public.

The lack of primary prevention is especially acute in federally assisted housing, in which millions of low-income and predominately minority children are at risk of lead poisoning. The laws governing federal project- and tenant-based rental assistance programs, including the Housing Choice Voucher (“HCV”) Program, are premised on antiquated standards and, unless a 2017 rulemaking goes into effect, do not require lead hazard risk assessments until after a child's level of lead poisoning presents at four times the Centers for Disease Control and Prevention (“CDC”) reference value. Further compounding the risk of lead poisoning, federally assisted housing is often clustered in high-poverty, low-opportunity areas with unmaintained units that contain lead hazards or lead-based paint. These laws and policies ignore principles of health justice and deprive low-income and minority children of equal opportunity to succeed. As a result, generations are trapped in poverty where they are unjustly burdened by health disparities and poor quality of life. The majority of federal lead poisoning prevention laws apply to federally assisted housing, despite the serious and extreme problem in private housing. As this Article demonstrates, laws governing lead poisoning prevention in federally assisted housing and, where applicable, private housing, are not only erroneously named, they are wholly inadequate, perpetuate racial disparities and socioeconomic inequality, and contribute to the social determinants of poor health.

Part I of this Article provides a historical overview of the United States' dangerous legacy of lead poisoning, the social structures and federal policies that placed residents of impoverished neighborhoods and communities of color-- especially those of Black people--at higher risk of lead poisoning, and the poor health effects caused by exposure to lead hazards.

Part II examines the legislative history of lead poisoning prevention policies, including the development of the U.S. Department of Housing and Urban Development (“HUD”) regulations, and uncovers a series of compromises that failed to prevent and end the lead poisoning epidemic.

Part III describes how the lead poisoning epidemic is evidence that the federal government has yet to fulfill the promises of major civil rights laws.

[M]ankind owes to the child the best it has to offer.  --Geneva Declaration of the Rights of the Child

As early as 2000 BC, leading figures espoused the dangers of lead to civilization. In 1786, Benjamin Franklin warned about the lack of action in response to lead hazards, writing:

This, my dear friend, is all I can at present recollect on the Subject. You will see by it, that the Opinion of this mischievous Effect from Lead, is at least above Sixty Years old; and you will observe with Concern how long a useful Truth may be known, and exist, before it is generally receiv'd and practis'd on.

As he predicted, resistance on the part of the federal government and industries, among other stakeholders--evident in endless compromises, funding cuts, and piecemeal approaches--allowed for the lead poisoning of millions of children. Over 230 years later, the scourge of lead poisoning continues, especially in low-income areas and communities of color. Today, “it is clear that over the past century, many millions of children had their lives altered for the worse by exposure to lead.”

Despite the efforts of advocates and policymakers, laws governing lead poisoning prevention in federally assisted housing and private housing are inadequate and have failed to prevent lead poisoning and the racial disparities, socioeconomic inequality, and poor health it causes. These antiquated policies require irreparable harm to children before any interventions occur. In conflict with principles of health justice, they provide only partial solutions and ignore well-established knowledge of the causes and remedies to lead poisoning. Without swift and uncompromising policy changes, the federal government will continue to promote deep poverty, residential segregation, and corollary poor health outcomes. The private housing market will reflect these harmful patterns, as well.

Under current law, too many children, largely low-income and minority, fall victim to lead poisoning and suffer permanent brain damage before lead hazards are identified and abated. Ultimately, protecting future generations of children requires a steadfast commitment to permanently remove the toxic metal from every home and community, especially communities of color that have been overlooked for far too long. Any other course of action will guarantee the continuous and unforgiveable contamination of childhood and the erosion of children's ability to flourish, access opportunity, and reach their fullest potential. Children require the best humanity has to offer. Our best must include protecting all of our children from lead poisoning. They are counting on us.