Environmental Racism on Tucson's Southside: An Overview of the Tucson Superfund Site and a Call to Address New Chemical Contamination 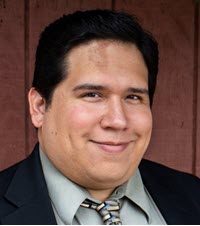 With neighborhoods composed of a nearly 78 percent Latino population, southside Tucson residents have historically been on the margins, facing economic, racial, and social disparities. This is also true when confronting the realities of environmental disparity. From 1952 to 1981, Hughes Aircraft Co. (“Hughes”) regularly disposed of a degreaser in the Tucson International Airport Area (TIAA). The degreaser, later determined to contain the toxin trichloroethylene (TCE), seeped into the soil and the groundwater used to serve drinking water to residents on the south side.

After the Environmental Protection Agency (EPA) established a Superfund site, and three decades of cleanup after the fallout of the TCE contamination, a new set of contaminants, polyfluoroalkyl substances (PFAS), has emerged in the remediation wells that feed the Tucson Airport Remediation Project (TARP) treatment plant. The TARP plant is the site where the affected groundwater is treated for TCE, but the emergence of PFAS in these wells could again pose a hazard to residents. While the EPA plays a vital role in the cleanup effort, the state is also able to act quickly in addressing the presence of PFAS to prevent repeating events of the twentieth century. The state demonstrated this ability by supplying two million dollars to reopen the TARP treatment plant. If federal and state governments' response times drag on, the lack of action could affect south Tucson residents' health and display the neglect that minority communities have experienced for decades as a result of environmental racism.

The history of the TCE (toxin trichloroethylene) contamination of southside Tucson groundwater, from Hughes' degreaser disposal practices to the litigation to the Superfund designation and cleanup process displays the environmental racism that took place in these communities from the 1950s through the 1980s. Taking the criteria from Chavis' definition of environmental racism and applying it to the TCE contamination in south Tucson demonstrates that environmental racism perpetuated negligence and failure on the parts of Hughes, the City of Tucson, and the EPA. At a time when environmental racism is being more broadly recognized, it would be prudent for the federal and state governments to act quickly to remove PFAS from the TARP plant and its remediation wells. This is an instance of how government can set an example in pursuit of environmental justice by reacting in an expeditious and equitable manner. Doing so would not only benefit the health and wellness of the residents--it would show that communities of color are as worthy of swift, lifesaving action as any other.

Master of Legal Studies, University of Arizona, Class of 2021.