Aristotelian Decency as a Corrective for Compliance-induced Environmental Racism 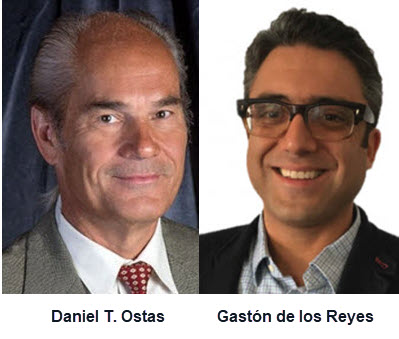 Corporate compliance has become a big business as there now may be more compliance professionals working for U.S. corporations than publicly-employed police. Spurred by a shift in the Federal Sentencing Guidelines, most major corporations employ compliance officers who scan for legal threats and propose means to mitigate legal fines, civil liabilities, and reputational costs. Employing the rubric of financial risk management (“FRM”), compliance directives are justified with sole reference to projected monetized consequences of alternative actions. The logic of FRM takes the law as a given, with little or no reflection on the complex set of normative compromises incumbent in law or the ethical aspirations the law seeks to advance. Legal obligations are defined by economic calculations, and money is spent on internal trainings and controls until the marginal expense of such activities equals the marginal savings in regulatory costs.

This Article challenges this FRM approach to corporate compliance as ethically inadequate. We argue that law too often provides an insufficient economic incentive to assure that society's normative aspirations are adequately addressed. When this failure directly threatens human health, safety, or dignity then the need for a corrective framework becomes manifest. In such settings, concerns for justice and fairness require managers to go beyond the economic logic of the FRM paradigm, embrace a broader view of the firm's political obligations, and cooperate with the ethical aspirations that inform the law. We advance this notion of legal cooperation with reference to the Aristotelian commitment to epieikeia, or decency, which Aristotle presents as a virtuous way to correct for the limitations inherent in general articulations of law. The reason to draw upon Aristotle's account of decency rather than better known conceptualizations of justice (such as Rawls's Theory of Justice) is that Aristotle's analysis articulates a principle of cooperative restraint for people to apply on a case-by-case basis (whereas, for example, Rawls's justice applies to the “basic structure” of society). In Aristotle's view, legal imperfections are commonplace and the virtuous citizen must often impose a cooperative balm, and we extend Aristotle's theory to make sense of justice in corporate compliance programs.

Illustrating the need for a cooperative norm, this Article focuses on the limitations of law in allocating environmental risk. Louisiana's so called “Cancer Alley” provides an apt illustration. The logic of FRM coupled with the damage calculations of tort law provides an economic incentive to place toxin-emitting industrial plants in low income communities along the Mississippi River, disproportionately affecting people of color. Managers of petrochemical plants along the river have been interacting with regulatory officials for decades, yet emission levels on certain alleged carcinogens remain advisory, not mandatory. Absent direct regulation, legal liability falls to common law tort, which measures potential damages with reference to projected life expectancies and lost earnings. Taking the legal risk as a given, FRM reinforces a sad and unjust history of discrimination, disproportionately harming the health and dignity of the residents along the river, many of whom are Black. We contend that complying with perverse laws is ethically indefensible and a more cooperative approach to the organization's political obligations is required when human health, safety, or dignity are at issue.

The analysis proceeds in three parts. Part I reviews the customary compliance paradigm whereby legal risks are monetized and subsumed within a general FRM framework. While acknowledging that managing financial risk is essential to responsible management, we discuss three reasons that subsuming legal compliance within an FRM framework can generate morally unacceptable consequences. First, FRM excludes moral concerns that defy quantification. Second, the law itself may be substantively unjust thereby creating perverse economic incentives. Third, legal risk measured in pecuniary terms is a product of corporate legal strategies, including lobbying, concealment, and the exploitation of litigation tactics that benefit the corporate actor and undermine the normative purposes that inform both legal texts and common law precedents. These strategic advantages threaten to reduce compliance calculations to a simple licentious admonishment to do whatever one can get away with.

Part II offers an alternative compliance framework of general applicability that simultaneously rejects the economic foundation of FRM and grounds corporate compliance practice to a more robust ethical notion of political obligation. Pursuant to this alternative framework, managers face an ethical choice regarding law: comply, cooperate, or circumvent (“CCC”). Under the logic of the CCC framework, compliance denotes ethical fidelity to a professionally honest interpretation of legal materials free from any self-serving bias combined with effective corporate trainings and internal controls designed to implement that interpretation. Cooperation becomes morally necessary when compliance, so defined, fails to address limitations in the law in ways that threaten human life, safety, or dignity. This obligation includes living to a higher standard of care than legally mandated while working with public policy makers and civil society at large to reform the law. Circumvention, including both direct breaches and legal dodges achieved through aggressive use of legal strategies, becomes ethically justifiable in the limited circumstances where moral principle justifies conscientious evasions. Pursuant to this CCC framework, the choice between compliance, cooperation, and circumvention depends on the moral status of the law in question. Reasonably just laws deserve compliance, laws that implicate human health, safety and dignity demand cooperation, and unjust and inane laws require or permit circumvention. Part II closes with an application of the CCC framework to the issues of justice and fairness posed by Cancer Alley.

Part III supports and extends our CCC framework with reference to the Aristotelian commitment to epieikeia which Aristotle presents as a virtuous way to correct for the limitations of law generally. The discussion begins by comparing the FRM framework, which follows an economic logic, with the CCC framework which subordinates economics to ethics. The CCC framework requires companies to resist self-serving interpretations of law, to obey reasonably just laws that are not effectively enforced, and to aid public officials concerned with remedying environmental injustice. Though none of these actions promote short term profitability (and hence are outside the FRM compliance framework), each is required by the Aristotelian virtues of decency, self-restraint, and temperance. Part III examines Aristotelian decency and related stoic virtues that extol self-restraint, commend cooperation with public officials, and require listening to affected communities.

This Article contributes to the environmental compliance, legal strategy, and social responsibility literatures. More particularly, it offers a practical framework suited to managers in their engagement with both public and private environmental law. A corporate compliance framework that focuses solely on financial risk misses the moral dimensions of both common law torts and regulatory law and threatens to promote social harm. We argue that the CCC framework's due deference to Aristotelian decency and corresponding embrace of legal cooperation provides a workable corrective enabling managers to dispatch their moral responsibilities with regard to law generally and environmental law in particular. We motivate and defend this thesis by showing that the CCC framework effectively addresses the environmental racism found in Cancer Alley and related injustices too often exacerbated by the economic logic of traditional compliance programs.

This Article contrasts competing approaches to compliance practices. The FRM approach frames legal obligations as positive commands of the sovereign and directs compliance protocols with reference to the predicted financial outcomes of alternative corporate actions. Our alternative approach--CCC-- frames legal obligations with reference to the moral status of the law in question and requires an accounting of the moral consequences of alternative corporate actions on affected stakeholders. When imperfections in positive law, combined with FRM practices, leads to unacceptable harms to human health, safety, or dignity, a duty to rectify the firm's compliance protocols emerges. This duty to rectify corresponds to the virtue of decency which Aristotle offers as a corrective to limitations in general articulations of law.

We illustrate the importance of our CCC framework infused with the virtue of decency with reference to the health crisis posed in Cancer Alley, a stretch of land along the Mississippi River with multitudes of industrial plants and strikingly high rates of respiratory illness and cancer among its disproportionately Black residents. We argue that simply applying the calculations of FRM will not address the tragic and unjust harms suffered by the residents. The FRM approach provides no incentive to affirmatively improve the law, nor does it offer a corrective for measures of tort damages that discriminate on the basis of race and gender. By contrast, The CCC framework inspired by Aristotelian decency directs companies to reflect upon the affirmative harms caused by “cost-effective” emissions and to work with local residents, competing firms, and governmental regulators to rectify the gaps and imperfections in environmental law that perpetuate the social injustices in places like Cancer Alley.