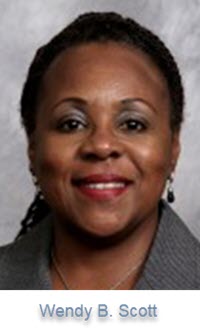 The Civil Rights Act of 1964 had the noble goal of eliminating discrimination. Specifically, the Act “addressed and prohibited discrimination in public accommodations, public school education, federally-funded programs, and private sector employment” based on race, sex, religion, and other protected classifications. Title VII of the Act was implemented to eliminate discrimination in the workforce and “created an Equal Employment Opportunity Commission (EEOC) to administer and enforce the statute.” Congress, however, only gave the EEOC “the authority to seek enforcement by ‘informal methods of conference, conciliation, and persuasion’ but not the authority to compel compliance.” As written, Title VII was broad and left enforcement ambiguous and violations undefined. Thus, Congress left the task of determining what constituted a violation of the Act, the standards of pleading, and the proof required for successful enforcement of Title VII to the Supreme Court of the United States.

Justice Thurgood Marshall sat on the Supreme Court during the first twenty years of decisions rendered by the Court interpreting Title VII. These seminal decisions transformed Title VII from a “poor enfeebled thing” into a vehicle for social reform that equalized access to the courts by allowing employees to take action against private employers' discriminatory practices. This Article highlights Justice Marshall's influence on the development of Title VII jurisprudence. 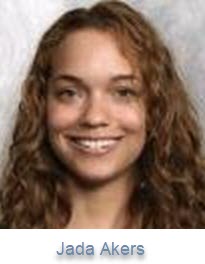 influenced the development of his judicial philosophy.

Part II summarizes the Court's approach to some of the issues left unresolved by Congress in the initial passage of Title VII. Specifically, it explores how the Court determined what would constitute a violation of Title VII and standards of pleading and proof.

Part III examines the changes in the Court's jurisprudence before Justice Marshall retired from the bench. As the majority of Justices became less sympathetic to the protection of African Americans in the workplace, Justice Marshall's voice of dissent emerged.

Part IV concludes with a discussion of the Civil Rights Act of 1991, which vindicated Justice Marshall's choice to dissent by adopting many of the positions taken in his departure from the majority view.
. . .

As written, Title VII set forth the lofty goal of combating various forms of discrimination in the workplace but gave little guidance to the courts on the requirements for effective enforcement of the Act. This left the Supreme Court to define what constituted discrimination that violated Title VII and determine the scope of the statute. Of most significance, Title VII did not give statutory guidance on how to plead and prove a violation; nor did it address specifically when an employer would be liable under Title VII. The initial decisions issued by the Court broadened the scope of Title VII and attempted to eliminate the ambiguity in the statute, making it easier for an employee to seek redress under Title VII.

The early opinions of the Court also aligned with Justice Marshall's jurisprudence and supported the theory of social engineering by broadening equal access to the courts. As the Court became increasingly more conservative, it issued a number of opinions making Title VII violations more difficult to prove. As access to courts became more restricted, Justice Marshall found his position on the Court shifting towards concurrence and dissent. Justice Marshall wrote to ensure that Title VII was enforced as Congress intended.

Congress vindicated Justice Marshall and the early Court decisions by passing the Civil Rights Act of 1991 to combat pervasive and entrenched racial discrimination in employment “by expanding the scope of relevant civil rights statutes in order to provide adequate protection to victims of discrimination.” It is fitting that Justice Marshall joined the majority or concurred in those cases that established reasonable proof and pleading standards that made seeking judicial relief less formidable. In doing so, Justice Marshall and his colleagues expanded Title VII so that modern social engineers have the necessary tools to bring discrimination cases and the ability to use established precedent to construct a more equal workplace.