A Look at Inequality, Workers' Rights, and Race 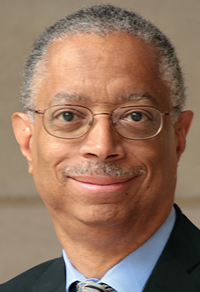 Perhaps the most noted argument linking the struggles of the African American Civil Rights Movement and the labor movement in the United States was stated by Dr. Martin Luther King, Jr. when he was invited by George Meany, President of the American Federation of Labor-Congress of Industrial Organizations (AFL-CIO) to its fourth annual Constitutional Convention in Miami, Florida on December 11, 1961. This speech was after the Montgomery Bus Boycott had pushed Dr. King onto the national stage and the sit-ins led by students at North Carolina Agricultural and Technical State University, and later Bennett College for Women, at two lunch counters in Greensboro, North Carolina caught the nation's attention. However, it was before the 1963 March on Washington for Jobs and Freedom. Dr. King told the AFL-CIO:

Negroes in the United States read this history of labor and find that it mirrors their own experience. We are confronted by powerful forces, telling us to rely on the goodwill and understanding of those who profit by exploiting us. They deplore our discontent, they resent our will to organize so that we may guarantee that humanity will prevail and equality will be exacted. They are shocked that action organizations, sit-ins, civil disobedience, and protests are becoming our everyday tools, just as strikes, demonstrations, and union organization became yours to ensure that bargaining power genuinely existed on both sides of the table. We want to rely upon the goodwill of those who would oppose us. Indeed, we have brought forward the method of nonviolence to give an example of unilateral goodwill in an effort to evoke it in those who have not yet felt it in their hearts. But we know that if we are not simultaneously organizing our strength, we will have no means to move forward. If we do not advance, and the crushing burden of centuries of neglect and economic deprivation will destroy our will, our spirits, and our hopes. In this way, labor's historic tradition of moving forward to create vital people as consumers and citizens has become our own tradition and for the same reasons.

This unity of purpose is not an historical coincident. Negroes are almost entirely a working people. There are pitifully few Negro millionaires and few Negro employers. Our needs are identical with labor's needs: decent wages, fair working conditions, livable housing, old-age security, health and welfare measures, conditions in which families can grow, have education for their children, and respect in the community. That is why Negroes support labor's demands and fight laws which curb labor. That is why the labor-hater and labor-baiter is virtually always a twin-headed creature, spewing anti-Negro epithets from one mouth and anti-labor propaganda from the other mouth [applause].

The duality of interests of labor and Negroes makes any crisis which lacerates you a crisis from which we bleed. And as we stand on the threshold of the second half of the twentieth century, a crisis confronts us both. Those who in the second half of the nineteenth century could not tolerate organized labor have had a rebirth of power and seek to regain the despotism of that era, while retaining the wealth and privileges of the twentieth century. Whether it be the ultra-[W]hite right wing in the form of Birch Societies the alliance which former President [Dwight D.] Eisenhower denounced, the alliance between big military and big business, or the coalition of southern Dixiecrats and northern reactionaries--whatever the form, these menaces now threaten everything decent and fair in American life. Their target is labor, liberals, and Negro people, not scattered Reds or even Justice [Earl] Warren, former Presidents Eisenhower and [Harry S.] Truman, and President [John F.] Kennedy, who are in truth beyond the reach of their crude and vicious falsehoods.

Those words accurately characterize the present, when many states propose extending right-to-work laws that cripple union finances and the United States Supreme Court will rule on a case that challenges public sector unionism. Unless Congress acts quickly, November 2018 will tie the mark for the longest period the federal minimum wage has gone unchanged, in nominal--not adjusted for inflation--terms, since it became law in 1938.

The share of national income going to workers has been declining, while the share going to profits has been rising. Over the period 1970 to 2014, the share of United States national income going to workers fell a little over ten percent. Further, typical wages are not rising with productivity, which means that, though workers are contributing to economic growth, their wages are not reflecting that. However, the pay of top corporate executives has been exploding compared to that of the typical worker. Chief-executive-officers (CEOs) now make over 250 times their typical employee, because CEO pay rose over 900% since 1978, while wages for typical workers were almost flat.

If policies were pursued to reverse this course, addressing sliding labor standards and increasing union density, African Americans would feel the beneficial effects disproportionately. For instance, economic research suggests a significant portion of wage inequality that grew in the 1980s between earners at the bottom ten percent of the wage distribution and median wage earners was because the federal minimum wage was unchanged between 1981 and 1990. Further, declines in the purchasing power of the minimum wage are also significant in explaining the growth in overall income inequality, as measured by the Gini coefficient, a broad measure of income inequality. Proposals which would raise the federal minimum wage to $15 an hour by 2024, such as the “Raise the Wage Act of 2017,” would disproportionately benefit African American workers. The Raise the Wage Act proposal would directly raise the wages of 25.6% of African American workers, would likely have spillover effects to maintain portions of intra-firm wage differences between workers and inter-firm wage differences between firms paying higher and lower wages, and an additional 14.5% of African American workers would likely get a raise as well. Combined, that would mean a pay increase for over 40% of African Americans. Overall, this measure would help almost 30% of Americans see a pay raise. This same measure would help 26.5% of White workers and 33.5% of Hispanic workers.

This is common. For many labor standards, whether it is the share of unemployed workers receiving unemployment insurance benefits, average unemployment insurance benefit amount, or union density, there is a correlation between the percentage of a state's workforce that is African American and lower labor standards. That is why it is difficult to disentangle whether the animus of the laws is aimed at workers or aimed at African Americans.

A problem with this entanglement is that current projections show that the majority of workers with less than a college degree (the “working class”) will be workers of color, sooner than will be true of the population as a whole. A key age demographic--workers ages twenty-five to thirty-four--will be majority workers of color by 2021. So, if the animus toward working conditions is racial, this will condemn White workers as well.

Perhaps the most obvious example of where the animus against African American workers coincides with general anti-worker policies are right-to-work laws. The Labor Management Act of 1947 (commonly referred to as the “Taft-Hartley Act”) amended the National Labor Relations Act of 1935 (commonly referred to as the “Wagner Act”) to allow individual states to prevent labor unions from requiring workers represented by a union's collective bargaining agreement from having to pay dues to the union. The Wagner Act creates a single voice for workers, through their union, to bargain and represent the workers before management. The union is then obligated to represent all workers without discrimination. So, the effect of right-to-work is to create free-riders: workers who are represented by the union and benefit from its efforts, but who do not support the finances of the union.

The passage of the Taft-Hartley Act was the result of a battle by the business community to roll back the Wagner Act. Businesses found a great ally in Vance Muse, who was allied with several racist organizations, and as part of those aims, he found common purpose with the business community's views on unions. Muse's support from leading businessmen, including Alfred Sloan and Henry DuPont, was revealed during his testimony at hearings of the United States Senate Special Committee to Investigate Lobbying Activities, chaired by then-Senator Hugo Black. Muse's opposition to President Franklin Roosevelt's New Deal was rooted in the challenge that elements of the program presented to maintain Jim Crow in the South. In particular, Muse objected to the implication that the Wagner Act would require equality between members within the union. He characterized the threat thusly: “[f]rom now on, [W]hite women and [W]hite men will be forced into organizations with [B]lack African apes whom they will have to call ‘brother’ or lose their jobs.”

Muse and his “Christian American” movement were clearly agitated at the prospect of organizing African American workers. Muse's wife, Maria Muse, spoke against the specter of “Eleanor Clubs,” a fantasy of Southern Whites who imagined a secret cabal fomenting discontent among African American female domestic workers. In a prophetic forecasting of the Fight for $15, Mrs. Muse characterized the “Eleanor Clubs” as proposing:

Clearly, major industries resented the passage of the Wagner Act, and many provisions of President Roosevelt's New Deal, and wanted those laws rolled back or eliminated. Muse claimed credit for passing anti-labor legislation in five of the eleven states that would pass right-to-work provisions by 1947, when the Taft Hartley Act amendments to the Wagner Act passed.

The average wages and benefits of workers in right-to-work states are lower than in states that do not have right-to-work laws. Because right-to-work laws limit the finances of unions, they also limit organizing activities, and result in a lower share of workers in unions (union density). Right-to-work laws have the further effect of signaling a decreased threat to non-union firms that they may be organized. The result is lower wages for non-union workers, especially compared to union workers. Smaller union coffers and lower union density also slant the political landscape for states that adopt right-to-work laws. Part of this effect comes from a change in the type of political candidates in these states and part from the policies that pass in the state legislatures of right-to-work states. So, while clearly this anti-union legislation is aimed at decreasing union power, and it has deep roots in racial animus, it hurts all workers through downward wage pressures and by tilting state policies away from workers.

The crisis in the current economic situation is that the United States is no longer a middle-income nation. The majority of income is with the top twenty percent, and soon it will be with the top ten percent. Many prices no longer track those in the middle. Prices for housing, college, child care, and health are moving with the incomes of those in the top of the income distribution. This means it is increasingly a challenge for the middle to choose housing and colleges they want. Worker fears increased during the Great Recession because subsidies were cut, weakening the safety net they once had. Removing supports for the working poor is, after all, cutting support for workers.

The challenge will only grow, and because of changing demographics that will make a larger share of the workforce people of color, designing programs with racial animus, or with indifference, will mean putting more White workers in the crosshairs. A market-based democracy is difficult to maintain when those with the most income are a minority. The tensions are high when market-based allocation of goods and services no longer deliver rising lifestyles for the democratic majority. And, the challenge grows more complex in a society that for so long made race-based decisions, but in which the former minority is becoming the democratic majority.