Targeting White Supremacy in the Workplace 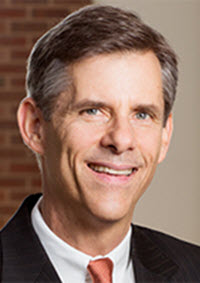 One who is shut up by superior or overpowering force, constantly present and threatening, from earning his living in a lawful way of his own choosing, is as much in a condition of involuntary servitude as if he were forcibly held in a condition of peonage. In each case his will is enslaved, because illegally subjected, by a combination that he cannot resist, to the will of others in respect of matters which a freeman is entitled to control in such way as to him seems best.

As hate incidents increase in the workplace, individuals and employers face legal action--but not hate groups who incite and orchestrate attacks against minorities. Extreme attacks by white supremacists recreate conditions of racial segregation at work and in specific labor markets. When Congress passed the Ku Klux Klan Act in 1871, they aimed to uproot white supremacist intimidation that forced blacks to work in a racial caste. Today, a growing number of extreme incidents show the U.S. is returning to work segregation. This study suggests a new way to apply the Ku Klux Klan Act to work-related racial conspiracies.

American workers have a dark history of insecurity over their livelihood. In the aftermath of the Civil War and decades later, some claimed racial superiority over freed slaves; reviled Chinese coolies for their customs and hard work; demonized Japanese who were imported for their labor; subjected Mexicans to peonage; slandered Jews; and shunned Catholics. Their hatred of otherness fueled the politics behind the Chinese Exclusion Act, Japanese exclusion provisions of the Immigration Act of 1924, and National Origins Formula. For nearly a century, many workers warped the beneficent purposes of their labor unions, turning fraternal work organizations into monopolies for whites. By institutionalizing racial segregation, they limited labor market competition to their advantage.

Courts curbed racial segregation in unions in the 1940s. Since then, most unions have accepted racial equality. However, organized labor's connection to American workers has withered with declines in union membership. More voiceless and adrift than any time since the National Labor Relations Act was passed in 1935, some workers have returned to their nativist roots. Racial demagogues have inflamed their grievances against immigrants, blacks, and other non-whites.

This study is set to a deeper magnification--not the worker who proudly wears the red Trump baseball cap, not the worker whose bumper sticker proclaims “Make America Great Again,” not the worker who attacks political correctness, nor the worker who favors broad immigration bans. Instead, I explore four types of racial conspiracies that are connected to a workplace. In each scenario, I examine where the conspiracy was formed, and where it was carried out, to see how white supremacists use the workplace to re-segregate America.

Type 1 is a racial conspiracy formed and acted on in a workplace. In a steel mill, an employee who was also a Ku Klux Klan leader showed a member-induction video to co-workers in a breakroom. For years, the mill was permeated with racist symbols, insults, and starkly unequal treatment of whites and blacks. The employer was sued for race discrimination. But the white employees who conspired to drive minority co-workers from the workplace were not held accountable. My study shows how Section 1985(3) surviving remnant of the Ku Klux Klan Act--would hold the Klan and its agents in this mill responsible.

Type 2 is a racial conspiracy formed outside but implemented in the workplace. A real estate agent was subjected to an intense barrage of deeply insulting and vaguely threatening messages that targeted her because she is Jewish. A writer for the Alt-Right's tabloid, Daily Stormer, organized this online attack. In effect, this online attack was a conspiracy among anti-Semitic followers to contact the real estate agent at work, drive off her business, and hold an armed march outside her office. She has filed a lawsuit against the Daily Stormer's writer alleging a violation of Montana's anti-intimidation law. A Section 1985(3) action would pursue online conspirators, as well as Daily Stormer's sponsors, webmaster, and agents.

Type 3 involves a non-employee victim of a racial conspiracy that formed in a workplace. Several McDonald's employees planned during their late shift to bring a mentally disabled Navajo customer home after work. At the apartment, they branded his forearm with a hot wire shaped as a swastika and shaved this symbol in his hair. The attackers made several videos of this incident on their cellphones, suggesting the possibility that they posted the incident to an encouraging online hate group. Police recovered Nazi paraphernalia at the scene. The workers were convicted of a federal hate crime. The victim and the Navajo nation, however, have had no recourse. By suing these employees under Section 1985(3), the victim and Navajos would have some possibility of exploring whether the perpetrators were aided by a hate group. This lawsuit would also determine whether the hate crime caused nearby Navajos to limit their movements by avoiding this restaurant or the town.

Type 4 is a racial conspiracy formed and implemented outside the employment relationship but intended to segregate a local labor market. Two white men, tattooed with Nazi symbols, lured two Mexican day laborers into work at an abandoned building. Just as the laborers began the job, the white supremacists attacked them, inflicting life threatening injuries. The conspiracy had a work connection; but the assailants were not employers, and the victims were not employees. The attack seemed to be intended to drive off immigrant laborers on Long Island. The assailants are serving lengthy prison terms, but the Mexican victims have had no recourse. A Section 1985(3) action would allow them to explore a connection between this racially motivated conspiracy and a hate group.

This study is not about racial harassment in the workplace. Title VII applies to these situations and involves employers. Nor is this a study of criminal laws that are used against egregious offenders. My study targets white supremacists who act in a conspiracy. For now, these groups--whether loosely-knit, or more formally organized--benefit from a gap in enforcement of laws that forbid racial segregation. When white supremacists conspire to deprive minorities of equal rights to earn a living and move freely in a labor market, they should be held accountable.

I propose a new approach: Ku Klux Klan Act lawsuits theorizing that work-related racial conspiracies have the purpose and effect of segregating work. This law targets racially motivated private conspiracies that deprive individuals of equal rights. Since 1883, courts have weakened the law. However, the noticeable rise in white supremacist attacks against minorities in workplaces create new and unexplored opportunities to apply the Ku Klux Klan Act. Section 1985(3) can be used to name a hate group, its leaders, website administrators, and other co-conspirators as defendants. My approach complements the nation's criminal hate crime law, the Matthew Shepard and James Byrd, Jr. Hate Crimes Prevention Act. Among the law's findings, Congress determined that “[m]embers of targeted groups are prevented from ... obtaining or sustaining employment ....” By proposing a civil law method to hold white supremacists and their groups financially responsible for imposing racial segregation in a workplace or a labor market, this Article advances congressional intent to ensure that labor markets and particular workplaces remain free of hate-driven barriers that affect targeted groups of people.

Today, as in the Reconstruction Era, white supremacists aim to segregate or exclude racial minorities. Part of today's movement is cloaked, while other elements participate openly in civic activities. Bolstered by pseudo-intellectuals who claim that whites and racial minorities cannot co-exist under conditions of equality, white supremacists cannot be dismissed as a fringe element.

This study focuses on localized, racially motivated incidents that show white supremacists attempting to segregate a specific workplace or small labor market. It calls attention to the re-segregation of work. Originally, the Ku Klux Klan enforced a racial caste system to keep blacks in perpetual servitude. Even after President Grant neutralized the Klan, Jim Crow carried on by expanding racial segregation in every facet of life, including work. The study's typology shows extreme cases of white supremacists reintroducing Jim Crow in connection to a workplace.

The time is ripe for a new theory that targets racial conspiracies under the Ku Klux Klan Act. This law was a dead letter for almost a century following Cruikshank (1875) and the Civil Rights Cases (1883). In 1971, Griffin breathed new life in Section 1985(3), the civil enforcement provision; however, its textualist ruling was narrow. This may explain why lawyers overlook the law when combatting hate incidents. While the law's text has not changed, the exponential rise in white supremacy since Griffin--the movement's openness, its claims to moral legitimacy, and its ability to disguise itself on the internet highway plowed the soil for new uses of Section 1985(3).

My theoretical argument for broadening the scope of Section 1985(3) to include work-related racial conspiracies is bolstered by federal legislation that re-creates much of the overruled criminal law provisions of the Ku Klux Klan Act. This restoration began with the 1968 Civil Rights Act, which embodies similar conceptions of racial intimidation in the Ku Klux Klan Act. This includes interference with employment as a criminal offense. In 2009, Congress passed the Matthew Shepard and James Byrd Jr. Hate Crimes Prevention Act of 2009 (Shepard-Byrd Act). Like Reconstruction Era civil rights laws, this statute redresses civil rights violations that are based on the badges and incidents of slavery. It protects blacks as well as religious and national origin groups that were part of Reconstruction laws. Consistent with my argument for broadening civil actions under the Ku Klux Klan Act to workplaces, the Shepard-Byrd Act is concerned with racially motivated interference with employment.

These developments add force to my argument for theorizing civil actions under the Ku Klux Klan Act in terms of legislative intent. Adding to the weight of my argument, one of the four workplace typology cases--U.S. v. Hatch--was prosecuted under the current version of federal hate crime law. The attack in Hatch demonstrates that hate crimes are not committed in a commercial vacuum but are connected to basic activities in interstate commerce--in that case, work at a national fast-food chain.

My study shows, however, that white supremacy groups fall in the cracks with regard to the nation's policies that forbid race discrimination. The typology in this Article is not limited to the South, nor blacks as victims; it reflects the ubiquity and expanse of white extremism today. I propose a more robust theory for pursuing claims under Section 1985(3): the Ku Klux Klan Act applies to racial conspiracies that have the purpose and effect of segregating work.

Today's white supremacists smugly defend their hate campaigns as falling within legal bounds. Emboldened, they now operate crowd-sourcing websites to promote hate, violence, racial intolerance. The constitutional freedoms of white supremacists do not give license, however, to racial conspiracies that deny persons equal protection of the laws. As these hate mongers resegregate America through violence and intimidation, it is time to use Section 1985(3) of the Ku Klux Klan Act to remind courts: “The past is never dead. It's not even past.”

Professor, School of Labor & Employment Relations and College of Law, University of Illinois at Urbana-Champaign.