Dying While Black: Why Reparations is the Only Cure for the Black Health Deficit! (Online Lecture) 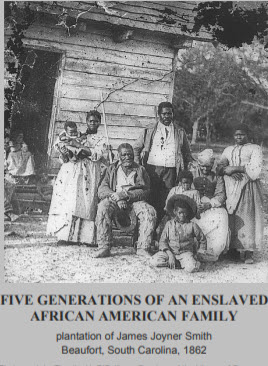 Dying While Black:
Why Reparations is the Only Cure for the
Black Health Deficit!

Racial health disparities, particularly maternal health, is a significant issue. This session: (1) describes the relevant health status of African Americans to White Americans (with specific attention on maternal and neonatal health); (2) define race and racism; (3) explain the role of race and racism in health care disparities; (4) describe the interaction of embedded social/ racial inequalities and personal behavior on health status with particular attention on the impact of racial stress; (5) discuss discrimination in health care and its role in health disparities (6) discuss the role of the law in eliminating racism and discrimination and (7) explains why equitable reparations are essential to eliminating black health disparities.

PATREONS Questions and Comments will be answered first.
Please signup as a patreon at http://patreon.com/profvrandall 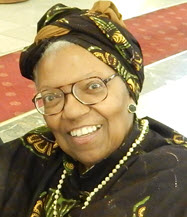 Professor Emerita Vernellia Ruth Randall was born over 70 years ago, in Gladewater, Texas to Mary Pauline Hall Randall and Ernest Randall. Prof. Randall attended the two room colored school there and graduated from Carver High School in Amarillo in 1966. Receiving her A.A. degree from Amarillo College, she entered the University of Texas and earned her B.S. degree from the School of Nursing. Prof. Randall obtained her M.S. degree in nursing from the University of Washington in 1978 and in 1987 her J.D. degree from Northwestern School of Law, Lewis and Clark College in Portland, Oregon.  Starting a career in health care as a nurse and family nurse practitioner, Prof. Randall served as Maternal-Child Health Nurse Coordinator for the Alaska Department of Health and Social Services in Juneau, Alaska, from 1979 to 1984. She has been a professor of nursing and community health at Oregon Health Sciences University and Wright State University as well as a law professor at Northwestern School of Law, Seattle University School of Law, and the University of Dayton. She was an associate with the Portland law firm of Bullivant, Houser, Bailey, Pendergrass and Hoffman from 1987 to 1989. In 1990, Prof. Randall was hired as Assistant Professor, School of Law, University of Dayton. In 2014, Prof. Randall retired from the University of Dayton. During the 24 years at the University of Dayton, Prof. Randall taught a wide variety of courses including Torts, Criminal Law, American Health Care Law, Race and Racism in American Law. She also directed the academic support program for 10 years. In retirement, Professor Randall continues to teach including “Race, HealthCare and the Law” and “Race and Racism in American Law. In retirement, Professor has been active in a state and local campaign to end school push-outs.  Highly sought after as a public speaker on matters of health, race and school pushout, Professor Randall has published widely. She is a recipient of the Chairman’s Award from the Ohio Commission on Minority Health and has been honored by a Commendation from the Ohio House of Representatives. Randall is an accomplished webmaster and has received awards for her website development. Her website, Racism.org has been on the web since 1995. Her latest book is entitled, Dying While Black. Professor Randall is the proud mother of two sons (Tshaka and Issa) and two grandsons (Makai and Ajani).