Why Many Black Americans Support Palestinians

Excerpted from Unpublished email with permission. 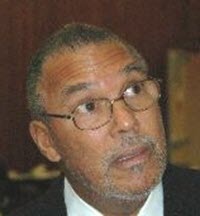 [. . .]  It is clear that a conflict exists between an abhorrence of the obvious injustice and a loyalty and love for Israel/Judaism.  The conflict poses a barrier to articulation.  What do I mean?  In my experience of dialoguing with Jewish friends and colleagues, even if there is criticism of Israel’s oppression of Palestine, there is not a direct criticism of Israel per se.  To state it crudely, one doesn’t say bad things about one’s family.. I empathize with the conflict and noted the difference as regards African Americans who do not share the same intensity of identification vis a vis Africa because slavery was omnipresent in the shaping of our consciousness.  But I also made explicit that, personally,  I had little compassion for dictators, authoritarians, and subjugation of oppressed people; regardless the race or ethnicity.  Thus, Jewish individuals have to confront their own journey as regards Israel.

Israel is an Apartheid and a racist Nation in the same way that the US is a racist nation. The analogy to the antebellum South is not far fetched.  Slaves also were unable to leave the plantation. The US was once an Apartheid nation but we were able to overcome because of the democracy, now in dire peril because of right-wing Republicans, that prevailed and the willingness of the citizenry to shed blood and tears in the struggle. This is not a case of equal evils on both side.  Israel receives random onslaughts, typically caused by their provocations that are not aired; but Palestinians receive onslaughts every day in a land that once belonged to them.  Jewish individuals need to confront the evil inherent in Israel’s desires for hegemony, and not focus on particulars such as whether criticism of Israel is anti-semitic or a reference to Zionism is insufficiently precise; yet a direct criticism of Israel is not forthcoming.  It is an existential dilemma and I have no advice as to how to proceed to resolve it.  I only suggest you remember that the suffering of the Palestinian People is 24/7. and blaming or rationalizing this suffering on the shoulders of Hamas, or Iran or Arab Nations unwillingness to receive refugees are distractions that allows one to take their eyes off of the one that has all of the marbles, Israel.

There is a reason why African Americans are supportive of the Palestinian cause.  We understand the agony of daily oppression.  We understand thoroughly the absence of authenticity in the oppressor who proclaims a desire for justice and equity.  Yet, we observe behavior that says otherwise.  Israel proclaims a desire for justice or at least a solution; but every proclamation, behavior, and “fact on the ground” is a declaration of continued hegemony and a desire for as much of the existing land as possible.  This underscores the reality that any true solution will require that Israel relinquish much or some of what it now possesses or controls. This is the critical issue; not the ideological imperfections of Hamas. African Americans are sensitive to any effort to dehumanize.  The persistent declaration that Hamas wants to remove/kill/banish/annihilate.every Jew is dehumanizing and a platform for racism.  Jews must confront the intersection of their ideological disposition and the racist foundation stones which it inspires.