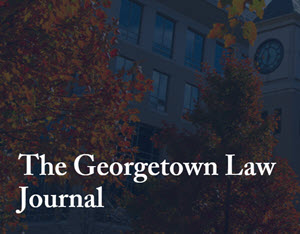 In a narrow set of circumstances, a party may immediately appeal a presentencing order. In Cohen v. Beneficial Industrial Loan Corp., the Supreme Court articulated an exception to the “final judgment” rule for judgments that “finally determine claims of right separable from, and collateral to, rights asserted in the action [that are] too important to be denied review and too independent of the cause itself to require that appellate consideration be deferred until the whole case is adjudicated.” This exception, known as the collateral order doctrine, allows an appeal from a judgment that: (1) conclusively determines an important disputed issue; (2) is completely separate from the issue of the defendant's guilt; and (3) is effectively unreviewable on appeal from a final judgment. Additionally, all federal courts have the power to issue all writs necessary to ensure substantial justice. Finally, a defendant may immediately appeal a magistrate judge's “release or detention order, or ... a decision denying revocation or amendment of such an order.”

The Supreme Court has held that denials of five types of motions are immediately appealable under the collateral order doctrine: (1) pretrial motions to dismiss an indictment based on the Double Jeopardy Clause; (2) motions to reduce excessive bail; (3) pretrial motions to dismiss an indictment based on the Speech or Debate Clause; (4) public officials' motions for summary judgment on qualified immunity grounds if the summary judgment ruling is grounded on abstract issues of law; and (5) pretrial motions to enjoin involuntary medication. The Court has not, however, permitted immediate appeal of pretrial denials of motions alleging constitutional speedy trial violations, prosecutorial vindictiveness, grand jury procedural violations, motions to suppress evidence by defendants, or motions to disqualify defense counsel. The courts of appeals have also disallowed immediate appeals of judgments involving procedural issues, denials of motions to disqualify a prosecutor or judge, and attempts to enforce plea bargains with the government. Finally, if a defendant files a motion for return of property under Rule 41(g) of the Federal Rules of Criminal Procedure and the motion is entirely unrelated to an existing criminal prosecution, the denial of that motion is immediately appealable.