Criminal Trials and Reforms Intended to Reduce the Impact of Race: A Review 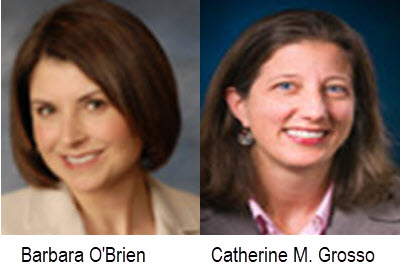 We live in a time when the volume of criminal justice reforms exceeds even the aspirations of advocates working against the political tide. Reforms abound and intersect at multiple levels. Moreover, concerns about the influence of race during criminal trials are now commonly expressed in mainstream discourse. Influential social movements seek to correct over-incarceration, end wrongful convictions, and make clear that Black Lives Matter.

These reform initiatives focus on many different dimensions of the criminal justice system, but concerns about racial inequalities feature prominently. We focus herein on trial-level reforms but seek to situate our discussion in the broader adjudicative context. In particular, we recognize that a trial is the product of a series of decisions, all of which are affected by race .

Ongoing critiques of the criminal justice system as racist and unjust are not new. In fact, critiques arise most clearly out of the work of critical race scholars who have exposed how racism exists at multiple levels in all aspects of society. These scholars have illuminated and challenged structural forms of racial inequality inherent to our understanding of criminality. Some critical scholars have identified a possibility that more limited legal reforms can lead to meaningful change and that these reforms may be identified through social science research .

Our review presents a limited set of incremental changes. We identified some of these reforms as more likely to address the endemic racial injustices because they are structural in nature. Even the best, however, remain bounded by the system in which they are deployed. The final section of the review briefly presents a reform movement with the express goal of eliminating imprisonment, policing, and surveillance and creating lasting alternatives to punishment and imprisonment. As such, it stands in juxtaposition to the incremental changes and suggests an alternate vision. The remaining sections focus on pretrial release; jury selection, unanimity, and decision making; implicit bias initiatives; and the prison abolition movement.

This review collects recent court decisions, research, and proposals to limit the influence of race in criminal trials. Specifically, we focus on measures designed to mitigate racial bias during pretrial decision making, jury selection, and jury deliberations. Of these, Washington's new rule for jury selection offers the most promising model for confronting race in criminal trials. It treats racism as the product of both individual actors' decision making and the residue of long-standing legal structures. It recognizes that even in the absence of discriminatory intent, racism is perpetuated through the appearance of discrimination.

Other reforms presented in the review are less likely to have a significant impact, because they are either narrow in scope or focused on discrimination by individual decision makers. Nonetheless, calling out racism in any form is important. Providing race-conscious training of judges and defense counsel for bail reform, recognizing an exception to the no-impeachment rule for expressions of racism in deliberations, and correcting the most extreme examples of racial discrimination in jury selection all advance Justice Sotomayor's advice of teaching and “speaking openly and candidly on the subject of race”.

This review is by no means intended to be exhaustive but instead is intended to highlight examples of measures to counter bias. It notes the limited potential for “highly unusual, properly identified and corrected, and unlikely to be repeated” legal decisions or obtuse measures to curb implicit bias to mitigate the ways in which racial bias taints the process. Those efforts stand too far removed from the reality of a broken system and instead serve to perpetuate business as usual. Nevertheless, we acknowledge that although the other incremental changes remain bounded by the system in which they are deployed, in some instances reforms might succeed when they address the structural bases of racial inequities. Of course, each of these reforms falls far short of the radical transformation abolitionists deem essential.