Every Rhyme I Write”: Rap Music as Evidence in Criminal Trials 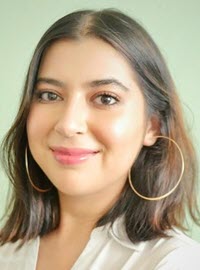 A lovers' quarrel ending in a tragic murder. One can imagine the pursuit for justice that must follow such a violent scene. But rather than the real-life actions of an enraged spouse, these words are the catchy and upbeat chorus of the chart-topping pop song “Wake Up Call” by Maroon 5. If superstar Adam Levine, who coauthored and sang these lyrics, was suddenly charged with homicide, would the words that once earned him fame and fortune be used to convict him at trial, or might they be ignored as meaningless lyrics to a pop song?

Nobody thought Bob Marley gunned down a sheriff. Freddie Mercury did not prompt a full-scale investigation when he told the world that he shot a man in the head. Not one member of the band Foster the People faced conspiracy charges for planning a school shooting. The lyrics from genres like reggae, rock, and pop are rarely criticized for communicating violence despite data that suggest pop music is one of the most lyrically violent genres. Instead, reggae, rock, and pop are viewed through the same lens as most art: one of creative license and artistic hyperbole. The opposite is true for rap music. The genre is frequently condemned for depicting violence, and its artists are accused of glorifying their own offensive and criminal actions through their music. No such benefit of creative liberty or artistic hyperbole is afforded to rap artists who write about unpopular and unpleasant themes like gangs, drugs, and murder. The disparity between the treatment of rap and that of other music is particularly important when, as is increasingly the norm, prosecutors use rap music at trial to help convict rap artists. As the duo Mobb Deep rapped, “For every rhyme I write, it's twenty-five to life.”

The use of rap music in criminal trials began in the 1990s. At the same time that its influence grew, and its artists reached previously unheard-of levels of commercial success, rap music came under intensifying scrutiny from police and politicians who criticized the genre and censored its artists. In 1991--with the tension between rap and “the establishment” as a backdrop--prosecutors introduced rap lyrics to help convict Derek Foster, a man on trial for several drug-related charges. illustrated how effective rap music could be when used as evidence for the prosecution.

Today, the use of rap in criminal trials is widespread and has been identified in over 500 cases across the United States. Judges admit rap music into evidence more often than not. The most common use of rap is during the guilt phase to show evidence of confession, knowledge, motive, or intent. Occasionally, the lyrics themselves are the crime. However, even at sentencing, when demonstrations of remorse and rehabilitation are crucial, prosecutors have used rap music to “portray rappers as dangers to their communities.”

Notably, the practice is almost exclusive to rap music. There has only been one documented case where prosecutors used defendant-authored lyrics from another genre in a similar manner. With such a narrow application, it is not surprising that this strategy has faced rigorous criticism from many, including criminal justice reform advocates, critical race scholars, social science researchers, and rap artists themselves. Opponents have recently argued that rap lyrics are protected speech under the First Amendment. Others have focused on the prejudicial impact of rap lyrics and how this type of evidence threatens constitutional guarantees of impartiality by exacerbating racial bias. The latter is uniquely important because “authorities are often prosecuting a young man of color, 'someone who already looms as a threatening stereotype in the minds of society.”’

Over the past three decades, researchers have sought to quantify this prejudicial impact by studying how the average person unconsciously judges rap music and rap artists. The results of these studies should be worrisome for anyone concerned about the ills of juror bias. They demonstrate that people associate rap with criminality and violence more than any other genre. Worse, people are significantly more likely to believe that rap artists are capable of committing murder. In fact, for some, simply writing rap music may be worse than potentially committing murder.

The true salience of these studies is easily missed without an explicit discussion of race and its inextricable connection to rap music. The genre emerged as an expression of uniquely Black identity. Although it has since evolved into a racially diverse art form, the unconscious understanding of rap music remains underpinned by notions of race and racial stereotypes about who criminals are, what they look like, and where they come from.

Thus, an alarming picture begins to emerge, one in which jurors unconsciously allow rap music, admitted as evidence, to stoke their implicit racial biases and prejudice their verdict. Although jury trials in the United States have never been free of racial bias, courts continue to strive toward this goal. Surely, rap music has been a highly effective form of evidence for prosecutors, but effectiveness is not the only goal of the criminal justice system. A jury influenced by racial bias is so repugnant to our notions of justice that any practice that risks such an outcome requires further examination.

This Note is a critical assessment of the use of rap music in criminal trials as evidence against defendants.

Part I studies the history of rap music in the United States to highlight the historical connection between rap and race. It also reviews several empirical studies to explain how this connection affects the judgments people make about rap artists.

Part II examines how rap music is used at trial. As a statement by a party opponent, defendant-authored rap lyrics are generally not governed by hearsay restrictions. Instead, they are typically admitted through three evidentiary avenues: (1) inculpatory statements confessing to a crime; (2) the crime itself; or (3) other acts evidence demonstrating knowledge, motive, or intent.

Part III draws on history and empirical studies to argue that, under the balancing test prescribed by Federal Rule of Evidence4 403, rap music is unfairly prejudicial in most cases because of the likelihood that the lyrics will exacerbate implicit racial biases in jurors, affecting the jury's ability to remain impartial as required by the U.S. Constitution.

Finally, Part IV assesses the strengths and weaknesses of other proposed solutions. This Note ultimately concludes that the best path forward is one where judges exclude rap music in all but the rarest of cases because judges should recognize the risk that rap music is likely to taint the jury's judgment of the defendant, especially when the defendant is a person of color.

The criminal justice system is no stranger to racial injustice. There is nothing revolutionary about the realization that the system has functioned as a tool for the continued oppression of people of color in the United States. Indeed, scholars have argued that after the Civil War, the criminal justice system was exploited to adapt and disguise the institution of slavery, though perhaps its means have become increasingly obscured and easier to overlook. The growing practice of using defendant-authored rap music as evidence in criminal trials must be analyzed within this context.

There are grave implications for defendants--and for the integrity of our system--when prosecutors seek to admit rap lyrics and courts routinely permit such evidentiary admissions. These concerns cannot be pushed away by assuming that defendants are perpetually looking for ways to manipulate the system in order to stay out of prison for crimes they have committed. Though the chief concern for any individual defendant may be avoiding prison, the central question here is not actually whether someone is factually guilty of the crime they are charged with. True, a central purpose of our criminal justice system is to hold people accountable for crimes they have committed, and in such cases, evidence of this guilt likely abounds.

The question here, however, is whether courts are adequately considering the impact of implicit racial bias when allowing rap lyrics to be used in an effort to convict. There are cases in which the lyrics are so probative of guilt that one could concede the jury should consider them in their determination. But the more comfortable we are using this art form as evidence to convict its creators, the less discerning our inquiry becomes about whether it is just and in line with the stated goals of eliminating racial bias in the system to judge people by the type of music they write, especially when that music is highly racialized.