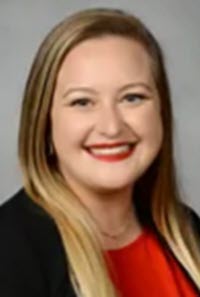 Within the last two decades, mental health courts (hereinafter “MHC) have emerged in the United States as a revolutionary type of problem-solving court that offers support, stability, and treatment to defendants with diagnosable mental illnesses. When compared to more traditional criminal court models, the use of MHC [Mental Health Courts]s leads to lower rates of recidivism and other positive outcomes for both the individual participant and society more broadly. The traditional adversarial court system fails to provide adequate resources, services, and support to defendants with diagnosable mental illnesses, who often also experience substance use disorders and housing insecurity, thereby creating a repetitive, detrimental effect wherein this population cycles in and out of incarceration, often even dying behind bars. For example, swift admittance to a MHC [Mental Health Courts] program could have saved Rodney Bock--a grandfather arrested in a California restaurant for making threats--who was detained in custody without receiving any psychiatric evaluation or treatment despite showing clear signs of mental distress. Following this failure by the criminal justice system, Bock repeatedly struck his head against the wall, splattering blood across his cell. Bock then hung himself, resulting in his death while in the care and custody of the state. If Bock had received any type of mental health care, attention, or treatment--as he would have had he been quickly admitted into a MHC [Mental Health Courts] program--he would likely still be here to celebrate birthdays, graduations, and anniversaries with his family who reports a profound absence left in the wake of his death.

Moreover, there is an undeniable intersection between mental illness, poverty, addiction, and incarceration within the American criminal justice system. The structure, function, and purpose of mental health courts are perfectly poised to help defendants experiencing some or all of these intersectional factors. The Mentally Ill Offender Treatment and Crime Rehabilitation Act of 2004 authorized the disbursement of federal grants to fund MHC [Mental Health Courts]s, among other designated mental health services. However, this federal legislation falls short of meeting its intended goal of increasing public safety and serving criminal defendants who are affected by comorbid factors of mental illness, extreme poverty, and addiction. By examining how these intersectional factors are inextricably interconnected, this Note will illuminate the urgent need to establish operational and effective MHC [Mental Health Courts]s in every state, advocate for increased federal funding for MHC [Mental Health Courts]s specifically, and encourage the adoption of a set of comprehensive, uniform guidelines for the creation and operation of local MHC [Mental Health Courts]s to best serve some of the most vulnerable, at-risk members of our nation.

Mental health awareness and advocacy is becoming increasingly important, including in the world of criminal justice. Although MHC [Mental Health Courts]s can be costly, funding toward these courts should be viewed as an investment in reducing recidivism through treatment and supervision, which will ultimately lower taxpayer costs incurred due to of the high prices of incarceration. Although funding at the state and federal levels must increase to provide the most benefit to the maximum number of eligible MHC [Mental Health Courts] participants, the money saved from reduced recidivism would largely offset the increased cost over time. Further, because MHC [Mental Health Courts] programs provide participants with enhanced access to community services and resources, increased public safety will also be achieved with this investment in MHC [Mental Health Courts]s. Without learning effective coping skills to manage their mental illness or substance use disorder under a TCM approach, inmates experiencing mental illness are more likely to pose a threat to public safety upon release, thereby undermining two core goals of the American incarceration system: deterrence and rehabilitation. Through the examination of the intersectionality of the comorbid factors of mental illness, substance use, homelessness, and incarceration, it is evident that the structure, function, and purpose of MHC [Mental Health Courts]s are perfectly poised to address this unique combination of factors that contribute to mass incarceration and its costs.