Self-Determination, Subordination, and Semantics: Rhetorical and Real-World Conflicts over the Human Rights of Indigenous Women 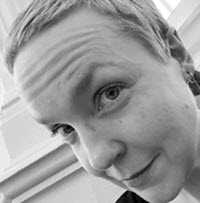 While the language of "sovereignty" is decreasingly employed by Indigenous peoples, having been strongly challenged for its imperial roots and statist notions of coercive power, successor terms retain the core idea of political autonomy and national legitimacy that gave the original concept its normative appeal. Although sovereignty is still found in academic and activist discourse (particularly in the United States), its conceptual successors have proliferated, and include the now dominant "self-determination". Indigenous self-determination is a normative, aspirational undertaking, entailing both theoretical-ideological and practical work, which can (and does) take a number of forms. Under this rubric a diverse array of proposed paths lead to a number of different, yet fundamentally related, end goals. As an outcome, self-determination can be pictured as a continuum that stretches from the most substantive expressions to the shallowest, most procedural forms. At the very least, at one end would be found Indigenous self-administration, connoting minimally devolved federal (or provincial) power in largely bureaucratic spheres; further up would lie Indigenous self-government, for which there is no single agreed upon definition, but of which the various negotiated arrangements (such as Nunavut) are examples. As the Royal Commission on Aboriginal Peoples noted, "Self-determination refers to the collective power of choice; self-government is one possible result of that choice." Indian Act governance structures, although often referred to colloquially as "delegated self-government" are properly expressions of Indigenous self-administration--yet these groups (both individually, as nations, and collectively, through the Assembly of First Nations) invoke historical/traditional models of Indigenous societies in asserting an inherent and human right to self-determination. For this reason, although they cannot be characterized as contemporary expressions of self-determination, they can be seen as advocating a self-determination project (however limited) that entails rights-based advocacy and appeals specifically to human rights instruments. Barker, in fact, argues that band governments and prominent Indigenous organizations have "mobilized a specific discourse of rights .... [that reflect] human rights principles of self-determination and Native agendas for decolonization and social justice against ongoing structures and practices of colonialism". Of course, the specific self-determination project shaped and steered by Indian Act governments is problematic for its very foundation: it is highly unlikely that scaling up or unfettering governance structures forged in the crucible of colonialism will yield the decolonized nations that populate normative visions of substantive Indigenous self-determination. Band councils typically press for greater autonomy vis-à-vis the Canadian state, rather than pursuing alternative visions of governance altogether. As Smith warns, there is a need to consider how the effects of colonization affect the decisions Indigenous polities make in a way that, ironically, undermines the very decision-making freedom that they pursue. These political-discursive visions of Indigenous self-determination differ from normative-theoretical accounts in a number of key characteristics, yet they share several important features. Both posit traditionalism as a fruitful resistance strategy and appeal to traditional law in making their claims (though the form and function of tradition are highly contested and diverge significantly between these camps). Both characterize Indigenous nations as integral and historically continuous polities. Both question the states claim to authority over Indigenous Peoples and their governments. More importantly though, neither engages in a gendered analysis of contemporary colonialism or of the persistent, essentialist divisions and oppressions induced by colonization--even the most popularly acclaimed accounts, with the greatest influence in both academic and non-academic circles, are conspicuously ungendered. Thus Indian Act (colonial) governments and Indigenous (anticolonial) theorists may actually work in tandem to "[normalize] and [perpetuate] an irrelevance of gender and the disenfranchisement of Indian women in Native sovereignty struggles." Accordingly, it is this last sympathy between normative-theoretical and political-discursive self-determination projects that Indigenous women's critiques, analyses, and advocacy have targeted.

Indigenous women have long been engaged in unambiguous advocacy for a human rights-based approach to gender injustice in their communities and nations. Indigenous nations, for their part, have repeatedly and passionately posited collective human rights as necessary for the protection of cultural distinction. These two projects, which both root in and enrich the discourse and practice of human rights, are fully reconcilable--given the political will to critically engage with historical and contemporary colonialism, and to address the internalization of patriarchy and sexism in Indigenous societies today. With such a will in place it becomes possible to operationalize a single Indigenous "self-determination" project grounded in human rights, one that sees women's concerns and cultural flourishing as coequal priorities. While this is precisely the project that Indigenous women are pursuing through their advocacy, it appears to be the antithesis of the project pursued by band council governments and national Indigenous political organizations in Canada--official, ostensibly representative entities whose rhetoric belies their practice. This dual inconsistency creates indefensible ironies and hypocrisies that reveal the political posture of Indigenous nations toward women's issues as a disturbing mirror-image of the posture of Settler states toward Indigenous issues. Consistency requires that Indigenous leaders acknowledge the implications of and obligations entailed within their own discourse; that they reject fallacious appeals to perverted tradition and the brute exercise of realpolitik in favour of a substantive decolonization project that links ideas of individual and collective human rights, and which affirms the real possibility of securing both Indigenous self-determination and gendered justice for Indigenous women.