Apparitions in the Theory: How the Sciences Cause Race and Gender to Matter in the Twenty-first Century

Excerpted From: Antwann Michael Simpkins, Apparitions in the Theory: How the Sciences Cause Race and Gender to Matter in the Twenty-first Century, 9 UC Irvine Law Review 1217 (July 2019) (91 Footnotes) (Full Document) 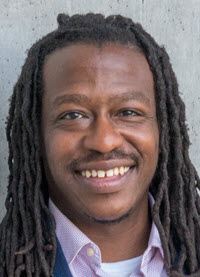 In 2005 the Food and Drug Administration (FDA) approved BiDil--a prescription drug engineered to relax blood vessels to help prevent heart failure. The newly approved pharmaceutical remedy was specifically marketed to African-Americans: "[a] study of 1,050 African American heart failure patients showed that BiDil reduced deaths by 43 percent." Despite their intended demographic, Arbor Pharmaceuticals, the corporation which owns the trademark for BiDil, attempted to minimize any racial backlash the company may have encountered by announcing the label for the medication would be printed to read "for use by those who self-identify as Black." Along with the racial implications of the new drug The New York Times reported, "Wall Street is factoring use of the drug by people of other races into its forecasts for BiDil. Analysts' sales predictions range from $500 million to $1 billion by 2010." Financial analysts were able to generate this positive projection because cardiologists who tested the drug reasoned that, if BiDil worked well with Black test-patients, then the medication would also work equally as well among other races and ethnicities.

The approval of BiDil by the FDA evidenced and affirmed the presence and continuation of racialized science in the twenty-first century. Furthermore, the approval of BiDil also tacitly acknowledged the U.S. government's continuing support of the exclusive use of African-Americans when conducting medical experimentations. The U.S. government's complicit and approving disposition vis-à-vis its silence regarding medical studies done exclusively on Black persons residing within and outside the nation's borders is not new. Sanctioned medical exploration of Black persons has deep resonance in the many plantation owners in enslavement America who tested the limits of the human body by way of corporeal punishment. With each whipping, barrel roll, ironing, sexual assault and various other forms of plantation punishment, masters, plantation mistresses, and overseers were able to document how much pain the human body could withstand before succumbing to the wild abandon of colonial violence visited upon it. The pharmaceutical study of BiDil conducted on African Americans also emits historical reverberations in the gynecological experiments of J. Marion Sims on enslaved women, the Tuskegee syphilis study in Alabama, the Statesville Prison malaria experiments in Illinois, the pellagra outbreak across the United States (in which the government withheld medical intervention for those who were dying from the illness--the majority of whom were poverty-stricken African Americans), the many forced sterilizations of the South (so common it was known as the Mississippi appendectomy), the 1990 measles vaccine experiment carried out on Black and Latinx newborn infants in Los Angeles (without parental permission or knowledge), the violent bodily procedures of Guantanamo Bay, the forced injection of birth control into the bodies of African women by the State of Israel, and several other bodily abuses and violations experienced by Black people.

While BiDil compels us to recall the medical horrors and corporeal violations of America's racialized past, the twenty-first century prescription drug also requires that we expand our analysis of medical harms--whether these violations are intended or unintended--beyond the social identifier of race. To the extent that BiDil is understood to suggest differences among humans by way of race then too gender is also implicated. Indeed, as historian E. Francis White admonishes, the social constructions of race and gender are "neither separate nor parallel concepts; rather, the concepts are constructed in relationship to each other. In other words, we cannot understand race without reference to gender, and we cannot understand gender without reference to race."

E. Francis White's insight takes on greater significance, when we consider that BiDil has generated significant revenue by way of a science that is based in both racialized and gendered stereotypes. Furthermore, the underlying racialized and gendered tenets of Arbor Pharmaceutical's research and clinical studies also implicates both the intimate and reproductive lives of Black women. Otherwise stated, Arbor Pharmaceutical's production of BiDil compels our attention to focus on the interplay of race, gender, and capitalism as the corporation seemingly perpetuates a myth that is centuries old: the sexual production of Black women's bodies functions differently and negatively from other races and ethnicities. In other words, what BiDil signals to the American public, in part, via its presence in the marketplace is that Black persons ourselves, by way of the sexual reproduction of Black women's bodies, are responsible for our racial inferiority because of our alleged irregular biological composition. Indeed, in her landmark text, Killing the Black Body, legal scholar Dorothy Roberts asserts, "Black mothers have been thought to pass down to their offspring the traits that marked them as inferior to any white person." In this way, biology, as an "objective" form of study, constructed Black women's bodies as the biological Other; in turn, Black women's bodies became the dominant conduit by which modes of biological and medical normativity, abnormality, and corrective measures were determined.

Despite this reality, when the history of science (as well as present day scientific research efforts) is critiqued, rarely are the lives of women, more specifically Black women, situated as the lens of analysis. Instead, objections and concerns regarding "objective" scientific discovery are articulated within in a single-axis frame of race and works to "[distort] the multidimensionality of Black women's experiences," while the intimate and reproductive lives of Black women remain the undisclosed spectacle within scientific inquiry and research, as scientific methodologies are simultaneously revised to address feminist concerns in service of White women and racial concerns in service of Black men.

BiDil generated several critiques upon its approval by the Food and Drug Administration. Most analyses were grounded in race--speaking to the centuries-old project of scientific racism. However, important too in the consideration of BiDil as a viable pharmaceutical remedy are both the implications of gender in the production of the medication as well as the absence of a serious consideration of gender in critiques offered within the public sphere at the time of BiDil's release. That is to say, that as critiques of racialized medical violation are offered (and they should be), what is often obscured, or not mentioned at all within public discourse, is how gender is implicated within scientific constructions of racialized differentiation. E. Francis White asserts "biology played a key role in the rise of science and the solidifying of racism and sexism, as biological models became paramount in explaining most social relations."

Toward this end, this Article takes up the question how does science, no matter the form it takes--be it medical, social, legal, or otherwise, come to cause race and gender to matter in the twenty-first century and who are its actors which allow the racialization and sexualization of scientific inquiry? To answer this question, this work examines three areas of concern: the theorization underlying scientific inquiry, the complicit research executed in the social sciences--namely criminology, and the violations which technologies of law permit. Though these three areas are not exhaustive in taking up the question under consideration, these areas of concern do work to highlight how science in its various different forms work in concert to reify both sexism and racism within society. The examination of these three areas should not be thought to be linear; rather they are flashpoints to which consideration should be given when one carefully interrogates who and what informs the sciences.

This work does not take the position that scientific inquiry is inherently neutral but for a few instances in which sexism and racism happen to creep in. Conversely, this work, in alignment with the history of Black people in the United States, contends that scientific exploration, inquiry, and practices in the United States depend upon the convergence of both racialized and gendered stereotypes in order to construct norms for the human body and how it functions. This position should not be misconstrued as advancing that scientific endeavors created sexism and racism; however, science does, in fact, both perpetuate and legitimate sexist and racist thinking within science as well as in other fields and professions. Indeed, research conducted at Stanford found the following:

standards and reference models are integral to science, health & medicine, and engineering; they are used in educating students, generating and testing hypotheses, designing products, and drafting legislation. Standards and reference models based on a single sex (or particular groups of men or women) can have damaging material consequences ... science, medicine, and engineering often take the young, white, able-bodied 70kg male as the norm ... when studied at all, other segments of the population--women, the elderly, and non-white groups--are frequently considered as deviations from that norm.

With this in mind, this Article now turns to an exploration of how scientific inquiry, the social sciences, and technologies of law work together to cause identity to matter, and how these socially constructed identities in turn cause those impacted by them, namely Black women, to experience injuries that are not acknowledged by law nor can be redressed by it. To be clear, I am advancing that race and gender are made to matter because of their silencing within scientific theorizing, resulting in this critical intersection manifesting as an apparition in theory because it is not immediately noticeable, which in turn permits the perpetuation of both the misrecognition and abuse of Black women.

By ignoring Black women and silencing their voices as a lens of analysis, research as well as public officials and intellectuals, repeatedly situate Black women as counter-normative. This results in the lives and experiences of Black women being hidden in the substructures of academic work, thereby contributing to the perpetual experience of misrecognition Black women encounter. Scientific endeavors, no matter their specified disciplinary bounds, must carefully interrogate who and what inform their theoretical and methodological approaches. If we as researchers fail to critically evaluate the epistemological mooring of our disciplines, we risk perpetuating discriminative and violent work and simultaneously consigning Black women to be apparitions in the theory.

Antwann Michael is a PhD student in the Department of Sociology at the University of California, Los Angeles.