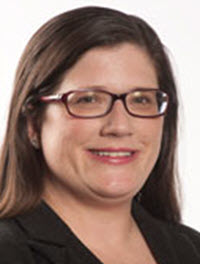 I began writing this Article just six weeks after the historic November 2018 midterm elections. On the evening of November 6, the world of American politics saw the election of the first-ever Native women to Congress-- Deb Haaland (Laguna Pueblo) of New Mexico and Sharice Davids (Ho-Chunk) of Kansas. Native women have been subject to the laws of the United States for hundreds of years with absolutely no voice--indeed, no presence--in the halls of Congress. That same evening, Peggy Flanagan (White Earth Ojibwe) of Minnesota became the first Native woman to be elected to serve as lieutenant governor of a state. Many other Native women won seats in state legislatures across the country. Native women are also emerging in other types of high visibility political and legal positions. For example, Tobi Young (Chickasaw) became the first Native person to clerk for the United States Supreme Court when Justice Neil Gorsuch appointed her in 2018. We are entering a new era of political visibility of contemporary Native women.

It is within the context of this moment that I assess the field of Indian law and tribal law. This Article considers whether the discipline is keeping up with the times with regard to gender consciousness and lasting equity for Native women and Native Two-Spirit (LGBTQ+) people. I also situate this Article in the context of the #MeToo movement, as several Native women have come forward with their own experiences of sexual abuse and harassment in the Indian law workplace.

This inquiry is also prompted by the numerous issues of inequity that Native women continue to experience in 2019. It is becoming common knowledge that Native women experience extremely high rates of violent crime, including domestic violence, sexual assault, stalking, and murder. The federal government's own statistics reveal that the vast majority--over 80 percent--of Native people in the United States have experienced violent victimization. In fact, where there has been progress in Federal Indian law, it has largely turned on the issue of high rates of domestic violence and sexual assault. The rates of violence are an extension of the historical mistreatment and dehumanization of Native women. These practices have continued well into the twenty-first century in the form of hypersexualized images of Native women, often associated with "sexy" Indian Halloween costumes and movies like Disney's Pocahontas.

Many Native women are unable to access comprehensive reproductive healthcare, including adequate prenatal care. Other reproductive disparities experienced by Native women include higher rates of unintended pregnancies and higher rates of pre-term births. As a result, in some states, the Native infant mortality rates are up to three times greater than that of whites. Native women also lack adequate access to abortion services, in large part due to the Hyde Amendment, which prohibits the use of federal funding for abortions except in the narrow circumstances.

In this Article, I argue that attorneys and legal scholars should intentionally think about gender in the context of Federal Indian law and tribal law to assess whether there are areas for closer consideration and attention. I am primarily interested in whether we can better address gender inequities in the lives of Native women, including gendered violence. As part of this analysis, I explore how attorneys and legal scholars can--and do-- support the interests of Native women in their work. As a self-identified Native feminist who is also an attorney, I am interested in asking hard questions about the shortcoming of the Indian Bar to adequately address the needs of Native women and Two-Spirit people.

How do feminism and Indian law "meet"? What are the cross-sections of efforts to promote gender equity and the continued resilient existence of tribal nations? In order to answer these questions, I begin by defining the word "feminism" itself. There are multiple strands of schools of feminist thought-- some entirely inconsistent with one another. Therefore, more scholars are now speaking of plural feminisms rather than a monolithic feminism. For the purposes of this Article, I consider feminisms to be legal and social responses to entrenched patriarchy. This simplified definition is, on the one hand, reductive, but on the other, a useful framework because it is broad enough to encompass different types and styles of patriarchy, along with different types and styles of responses. Patriarchy comes in different forms and can be modified to include terms like "hetero-patriarchy" and "settler colonial patriarchy," which are both relevant for Native women. The thrust of most feminist movements is to overturn sexist and misogynist laws and practices through legal and social action, which, again, can take many forms.

More specifically, in this Article, I approach Indian law using the lens of indigenous feminisms. I intentionally choose to use the fraught "f" word in this analysis, even though mainstream feminist movements and Native women have not always had an easy relationship. Indeed, mainstream feminism has historically failed Native women by ignoring or marginalizing issues like sovereignty and self-determination. Moreover, despite the fact that many early white American feminists were influenced by Native women, early American feminists were sometimes the instigators and supporters of horrific Federal Indian law policies, including the boarding school era and child removal. Thus, it makes sense that many indigenous women categorically reject the label of "feminist" because of its Western, colonial connotations, even while supporting Native women's rights. Some Native women who reject the term "feminism" point out that patriarchy is a foreign concept to traditional tribal cultures. If feminism is a response to patriarchy, Native women have perhaps not needed it.

Still, I am intentionally choosing to use the term "feminisms" because it carries profound implications for structural change that I see as a critical intervention in the lives of twenty-first century Native women. Though patriarchy may have been a European import, it now exists in the lives of Native people through forced assimilation and cultural hegemony.

But it wasn't until the late twentieth century that Native women started writing about contemporary feminism in any sustained fashion. Paula Gunn Allen's 1982 book The Sacred Hoop opened up multiple conversations among academic and activist circles about whether certain feminist principles are inherent within tribal cultures. More self-identified indigenous feminists have joined the academy in the past two decades, developing a corpus of writings, including multiple anthologies focused on the way that indigenous feminists analyze political, legal, and social problems.

Native feminists often deploy and explore the concept of "intersectionality," a term coined by Black legal scholar Kimberl‚ Crenshaw in 1989. Intersectional feminist theory understands that gender oppression is inextricably linked to other forms of oppression, such as race and class. In other words, experiences of gendered oppression may be substantively different depending on one's position in society. By conceptualizing Native gender oppression as inextricably linked to settler colonialism and Western imperialism, Native feminists have begun to explicate the unique ways in which Native women experience patriarchy, including the problem of sexism perpetrated by Native men.

To do so, I explore the substance and practice of Indian law through an IFLT lens. Because IFLT uses an intersectional framework, it offers a way to synthesize how and why Native women suffer multiple different kinds of oppression simultaneously. Native women in the United States experience structural discrimination in the forms of at least four ideologies: sexism, settler colonialism, classism, and racism. Two-Spirit Native people also suffer from insidious forms of homophobia and transphobia. IFLT allows us to see these intersections and begin to think of practical, creative solutions to intersecting oppressions. IFLT also allows us to view tribal sovereignty and gender equity as closely linked. Native women's liberation is a key component of lasting change in Indian country. I take to heart Snyder's explication of IFLT as "a spirit of critique that challenges static notions of tradition, identity, gender, sex and sexuality" and offer these critiques in the spirit of improving the lives of Native women and Two-Spirit people. Because IFLT is in its nascent stages of development, I hope that this Article will continue a necessary conversation about the efficacy of feminism in the context of Indian law.

The Article proceeds in three parts. In Part I, I explore how gender oppression is expressed in the context of Federal Indian law, often assumed to be a gender-neutral legal discipline. The only significant "gender" case in Federal Indian law is Santa Clara Pueblo v. Martinez. In fact, the very few articles written by feminists about Indian law are almost invariably written about the famous 1978 patrilineal descent case. However, there are gendered implications in a variety of other contexts in Federal Indian law and policy. I will explore some of those implications and proffer possibilities for sustaining a gender-conscious response. I also consider ways to increase the visibility and profile of Native women in the federal courts by crafting gender-conscious arguments.

In Part II, I consider how gender intersects with tribal legal systems. I am interested in ensuring that Native women are visible within tribal court systems, with the understanding that each tribal nation must approach gendered problems within the context of its own culture and history. In this Part, I also explore the possible remedies that can emerge from the development and reform of tribal statutes and policies. As I often say to my students, there is no reason that tribal codes in the United States cannot have the strongest protections for women, far exceeding those found in state and federal laws. Unfortunately, due to centuries of assimilation, many tribal justice systems adopted American legal "norms," such as sexism. Some tribal legal systems, though, have managed to maintain some connection to pre-colonial gender equity principles. For this Part, I gathered several published tribal appellate court opinions that consider a question about tribal law and gender. I use these as examples for how tribal attorneys and judges have recognized gendered claims that are grounded in traditional tenets or principles. I also offer some examples of ways in which tribal courts have reinforced patriarchy.

My Article closes with Part III, which is a reflection on the experiences of Native women law students, professors, attorneys and legal scholars. This Part contributes to an ongoing dialogue about sexism faced by Native women attorneys and scholars. I believe the Indian Bar can do a great deal to ensure that Native women and Two-Spirit (LGBTQ+) attorneys in the workplace receive pay equity and respect from co-workers. I ultimately conclude that a gender-conscious Indian law paradigm serves common goals of tribal sovereignty and self-determination.

This Article has focused primarily on sex and sexism as a key intervention in IFLT, but we also must remember that issues of sexuality and gender identity are also impacted by legal hegemony and settler colonialism. Because these issues deserve full attention, in future pieces, I will strive to consider how homophobia and other forms of discrimination against Two-Spirit people can be addressed through IFLT.

The safety and well-being of tribal nations depends on the safety and wellbeing of Native women. Patriarchy and settler colonialism have taken their toll on the lives of Native people and IFLT can offer new, innovative ways of thinking about gender liberation in the context of tribal sovereignty. In the Dollar General brief, Mary Kathryn Nagle and I used the following traditional quotation from the Cheyenne to open our argument. I use it now in closing.

"The Nation shall be strong so long as the hearts of the women are not on the ground."

Sarah Deer (J.D., University of Kansas) is a citizen of the Muscogee (Creek) Nation and a 2014 MacArthur fellow.