Going off the Rails on the Mayan Train: How Amlo's Development Project Is on a Fast Track to Multiple Violations of Indigenous Rights

Excerpted From: Jared Green, Going off the Rails on the Mayan Train: How Amlo's Development Project Is on a Fast Track to Multiple Violations of Indigenous Rights, 36 American University International Law Review 845 (2021) (241 Footnotes) (Full Document) 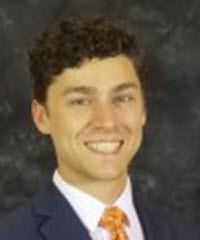 The Mayan Train is a major development project in the Yucatán Peninsula. It is a tourist train that will traverse the jungles and coastline of the region, going from the city of Palenque in the state of Chiapas to the popular tourist location of Cancún in the state of Quintana Roo. The project promises to bring development to the region, but many are criticizing the proposed plan for overlooking detrimental impacts on the environment and local indigenous communities. This Comment will discuss the Mayan Train, pertinent international agreements and the obligations they create for Mexico, and relevant international caselaw interpreting these agreements. Specifically, this Comment argues that the Mexican government failed to adequately conduct meaningful consultations with indigenous communities concerning the Mayan Train, and it failed to obtain the free, prior, and informed consent of these communities to undergo this project. It also argues that certain actions and omissions of the Mexican State in respect to orders for emergency judicial relief have resulted in violations of international human rights law protecting the right to equal protection of the law and the right to judicial protection. Furthermore, this Comment argues that because of its failure to obtain the free, prior, and informed consent of indigenous communities, Mexico is in violation of its obligations under the American Convention on Human Rights to protect human rights and to take steps to prevent the abuse of these rights. Section II.A discusses the Mayan Train project in more detail. Section II.B gives a brief overview of the structure of the Inter-American Human Rights system. Section II.C looks at Mexico's obligations under international law, namely under the American Convention on Human Rights (hereinafter, “the Convention”) and the American Declaration on the Rights and Duties of Man (hereinafter, “the Declaration”). Section III discusses the legal framework of Section II and applies it to the Mayan Train project to explain how Mexico's actions violate international law. Section IV proposes recommendations for the Mexican State, as well as for other actors, and finally, Section V offers a brief conclusion.

In conclusion, it is imperative that the Mexican government cease all new construction on the Mayan Train project immediately in order to prevent further abuses of indigenous rights. The Mexican State has already failed to adequately consult with the indigenous communities of the Yucatán Peninsula, and it must undergo a new consultation process focused on achieving the free, prior, and informed consent of the indigenous community with regard to the Mayan Train project. If Mexico fails to do so, it will be in breach of various legal obligations under the Convention, including the right to property, the right to equal protection and judicial protection, and the obligation to protect and ensure rights, as interpreted by the Inter-American human rights system.

Jared Green is a J.D. Candidate at the American University in Washington, D.C. with an anticipated graduation date of May 2022.