Indigenous Dignity and the Right to Be Forgotten 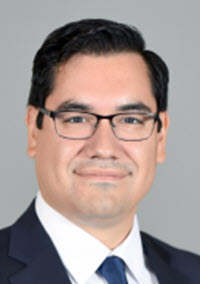 In 1871, the United States Congress formally concluded treaty-making with Native American Tribes within its borders. While Tribal lands were by that time already considered by the federal government to be “interior” to the United States rather than autonomous, foreign nations, the move effectively paved the way for subsequent federal policies of allotment and assimilation that would dispossess Tribes of not only land and resources, but also their culture and identity. Paradoxically, however, by the late 1880s, Tribal lands became inundated with American anthropologists and their new recording technologies. Spurred by both the invention of the phonograph in 1877, and the creation of the U.S. Bureau of American Ethnology in 1879, anthropologists from American research institutions would spend roughly a century documenting nearly every aspect of Native American lives. Their task was deemed an urgent one: to gather what they could about “Indians” as a race and as distinct cultural groups--languages, customs, laws, oral histories, religions, and arts--before their “primitive lifeways” came to an end as proclaimed by then prevailing theories of social Darwinism.

Indigenous cultural documentation amassed during this era constituted what might be considered America's first instance of “big data”--a comprehensive set of information aggregated for the purpose of understanding a group's social relationships and predicting their behaviors. Field notes, photographs, sound recordings, maps, kinship charts, and all manner of other cultural materials collected from Tribal members were shipped off to distant universities, museums, and archives (“Institutions”). They were then analyzed to formulate new academic theories about race, culture, and human evolution, which subsequently fueled the development of experimental federal Indian policies aimed at making Americans out of Tribal members.

This original “big data” set, still meticulously preserved in research institutions and federal repositories today, is in some cases an invaluable resource for Tribes--many of which are searching for evidence to support legal claims or are working to revitalize aspects of culture disrupted by the very government policies these collections were originally meant to support. While often touted by collectors and Institutions as rich historical and cultural resources, I argue that some of these collections have become toxic in their preserved forms, separated from their communities' modes of care. These materials are among those that Indigenous groups should have the right to remove from settler Institutions and, if necessary, to erase, delete, or destroy.

The kind of Indigenous right to erase sensitive cultural material held by settler institutions I begin to sketch in this essay is not unlike data privacy rights already existing in European and European-descended legal systems. A right to prevent intrusive recording of one's private affairs has existed in the United States for at least the last century, and a right to compel data controllers to erase private data (the “right to be forgotten”) under certain conditions has been codified by the European Union in its General Data Protection Regulation and to some extent by the State of California in its Consumer Privacy Act. While much of the debate surrounding a right to data erasure in the United States has focused on tensions between personal autonomy and the right of the public to be informed, the collective rights of Indigenous peoples to maintain, control, and develop their intellectual properties and data provide important, yet often overlooked considerations.

In the pages that follow, I draw from historical and ethnographic research conducted in partnership with the Hopi community (members of which reside in present-day Northeastern Arizona and beyond) to better understand why some forms of culture must necessarily be forgotten for a community to fully live. The right to collectively forget is vital in our data-saturated world, and all the more so for colonized communities whose ancestors' voices and likenesses continue to be held by settler Institutions. Recognizing Indigenous peoples' rights to care for their ancestors' voices and other cultural data would undoubtedly require a significant shift in the way Institutions conceptualize Indigenous cultural materials in their collections--from a curatable past-on-demand that substitutes for actual Indigenous presences and futures, to one respecting the sovereignty of contemporary Indigenous peoples and these materials' actual lives and existences. But these advances are necessary if we are sincerely committed to realizing Indigenous self-determination and cultural rights in the age of big data.

Determining when recorded Indigenous voices should be forgotten--or, in the case of archival materials, deaccessioned or destroyed--can be a deeply disturbing question in an era in which there is a prevailing sense that everything can, or even should be remembered and preserved. As Viktor Mayer-Schonberger, Professor of Internet Governance and Regulation at Oxford University, has written, “If we had to worry that any information about us would be remembered for longer than we live, would we still express our views on matters of trivial gossip, share personal experiences, make various political comments, or would we self-censor? The chilling effect of perfect memory alters our behavior.” about the past is ever accumulating through public records and digital means. Some have found this hopelessly intoxicating. Misplaced words, misinformation, and endless commentary continue to inhabit the life-worlds of people's virtual and actual lives as corporations generate massive archives filled with big data's (toxic) assets. Injected into this global predicament through settler collecting and preservation enterprises, Indigenous voices may need to decay or be forgotten for the sake of allowing Indigenous communities to fully live. As with the example of Hopi cornstalks, some archived cultural materials might provide beneficial guidance and direction for future creative efforts, but may lack the substance, in their preserved form, to generate productive effects in today's complex Indigenous worlds. Close, personal collaborations with, and deference to, Indigenous communities in the care of their voices, rather than anonymous safeguarding of their culture by settler institutions, are critical as we begin to recognize Indigenous dignity in the governance of these materials as they are planted in new contexts or allowed to pass on.