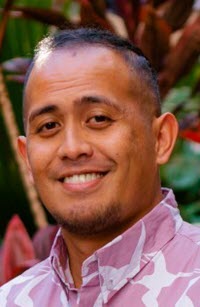 The reasonable person standard is both a feature of common law and a fixture of the United States legal system, playing a particularly key role in tort and criminal law. This standard establishes the normative contours within which to assess whether someone should be assigned liability and, therefore, be held responsible. According to the Restatement (Second) of Torts, the reasonable person is one who exercises those “qualities of attention, knowledge, intelligence, and judgment which society requires of its members for the protection of their own interests and the interests of others,” regardless of whether the conduct relates to negligence or contributory negligence.

In negligence settings, scholars and legal theorists have created various permutations of the reasonable person standard. Oliver Wendell Holmes, Jr., for example, provided one of the first interpretations of the theory. He asserted that the reasonable person standard should be evaluated considering the foreseeability of the injury based on the circumstances and the defendant's conduct. Judge Learned Hand pronounced another interpretation, coined by legal scholars as the “Hand Test,” which utilizes a cost benefit analysis that weighs the seriousness of the injury, the probability of the accident occurring, and the cost of taking preventative measures.

In the criminal law context, the reasonable person standard often is utilized in affirmative defenses such as duress and extreme emotional disturbance. In a leading Fourth Amendment analysis, the Supreme Court concluded that the appropriate test of whether a person had been “seized” was to be determined by consideration of whether “a reasonable person would have believed he was not free to leave.” The Court also applied an objective standard to determine if statements made by defendants in custodial interrogations were obtained in violation of the Fifth Amendment right against self-incrimination and, therefore, inadmissible.

While courts have been responsive to tailoring the objective standard in tort law to take into account the inherent differences between adults and children, courts have been much slower to take such differences into account in criminal law. The Supreme Court has held that “[o]ur opinions applying the Miranda custody test have not mentioned the suspect's age, much less mandated its consideration.” Yet in 2011, the Court pronounced for the first time that to ascertain whether a juvenile suspect is in custody, and therefore should be informed of their Miranda rights, a court should not apply a reasonable adult standard, but an objective reasonable juvenile standard. This decision marked a seminal moment in the juvenile justice system through its recognition that “to ignore the very real differences between children and adults--would be to deny children the full scope of procedural safeguards that Miranda guarantees to adults.”

Now that the Court has sharpened the focus of the objective standard to recognize the differential experiences of youth, the question remains whether this new construction will suffer from the same critiques as the broader reasonable person standard. Most challenging is the idea that “the legal reasonableness of human behavior generally continues to be measured against a benchmark that is male, adult, white, and entitled.” With that assertion in mind, will a reasonable juvenile test fold the dynamic, relevant experiences of youth into a singular identity? Simply put, should all youth be treated equally under the reasonable youth standard?

While it may be difficult to employ an individualized test--arguably interfering with the value of judicial efficiency that comes from mechanical and predictable application--courts should specifically consider and separate out Indigenous youth, especially in the criminal justice context. Native American youth are disproportionately represented in juvenile justice systems throughout the United States. In fact, the U.S. Government Accountability Office (GAO) reported a greater percentage of Indian juveniles in the federal system than the total percentage of Native American youth nationwide. Additionally, Native youth are arrested two to three times more than youth from other racial groups for offenses relating to truancy and alcohol consumption. Indeed, while Native Americans account for only 0.8% of the population, they comprise 1.9% of police killings, making it the “group most likely to be killed by law enforcement.” For those living in Indian country, the harm is further compounded by a criminal jurisdictional maze between the federal government, tribes, and various states, which often leaves youth detained far from the reservation and in facilities ill-equipped to support the juvenile's distinct cultural and religious identity. In general, Native Americans are younger, live in poverty, suffer post-traumatic stress disorder (PTSD), and experience abuse, neglect, and violence at disproportionately higher rates than the general population.

This Essay highlights the general deficiencies of the current reasonable standard in addressing the harms Native youth experience; in response, it outlines a normative approach and the development of a reasonable Indigenous youth standard. Criticisms of the reasonable person standard are often narrowly framed within a “black/white binary paradigm of race” or in a feminist critique of “[t]he traditional legal standard ... [which] was that of a man.” Unfortunately, both critiques completely ignore the historical and colonial trauma Indigenous peoples experienced and its contemporary manifestations. This Essay draws upon similar criticisms of the civil rights framework to argue that centering equal rights is distinct and inapposite to claims of self-determination asserted by Indigenous peoples. As a result, analyzing a reasonable youth standard through an equality lens that is ahistorical and acontextual will relegate “history and community agitation to back-up roles,” turning a blind eye to the severe impacts of colonization. Indigenous youth have distinct and unique experiences compared to other minority populations that warrant distinct treatment. Unlike other racial groups, Indigenous peoples have already been assigned special status as “quasi-sovereign tribal entities” by the U.S. Supreme Court because doing so comports with the political purpose of furthering the right of self-government for federally recognized tribes.

Part I analyzes the historic decision in J.D.B. v. North Carolina, in which the Supreme Court expanded its understanding of the reasonable person standard to better fit the experiences of juveniles. It sets the stage to demonstrate that the Court did not go far enough when it acknowledged the inherent differences between children and adults. Part II illustrates the unique experiences of Indigenous youth and why those distinctions warrant a separate, more tailored reasonable youth standard. Part III introduces the contextual legal framework employed by Indigenous legal scholars and makes the case that contextualizing the reasonable youth standard will comport with the values of fairness, justice, and self-determination of Indigenous people. Finally, Part IV demonstrates that an Indigenous Youth Standard aligns with congressional intent and case law and offers an unprecedented opportunity to begin to stop the cycle of criminalization in which Native youth are trapped.

Federal Indian policy can be categorized into different eras that reflect the respective time periods' general strategies for Indigenous peoples. For example, there was the Removal and Reservation Era from the 1770s to 1870s and the Termination Era from the 1950s to 1960s. Since then, the United States has dramatically shifted its policies, as evidenced by the classification of the present as the Self-Determination Era. An Indigenous youth standard conforms to this Self-Determination Era because it will provide cohesion in the jurisdictional maze by centering Indigenous youth and their experiences. This new standard will allow for greater tribal involvement in crafting ways for government to be better attuned to the needs of Native Americans and their youth.

University of Hawai'i William S. Richardson School of Law, J.D.; Dartmouth College, A.B. Fa'afetai tele lava and malo aupito to the amazing staff of the Gonzaga Law Review for their professionalism and attention to detail.