You're on Native Land: the Genocide Convention, Cultural Genocide, and Prevention of Indigenous Land Takings 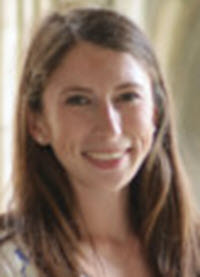 From the American Trail of Tears to the Amazonian wildfires set by ranchers and miners in 2019, Indigenous peoples have consistently endured the taking of their ancestral homelands, either by force or fraud. The U.N. addressed this problem--purportedly, at least--in the 2007 Declaration on the Rights of Indigenous Peoples (UNDRIP). The UNDRIP has fallen far short of its potential, though, due to both the lack of a compelling enforcement mechanism and non-adoption by key nations, such as the U.S., Canada, Australia, and New Zealand. Countries have struggled to develop a global consensus on the best mechanism for the protection of Indigenous peoples' rights, and Indigenous groups continue to lose control and ownership of their territories as a result. This type of harm is likely to continue without intervention in, and resolution of, concerns about sovereignty and states' potential legal exposure under international law.

The word “genocide” has serious baggage, and for good reason. The word conjures up images of the gas chambers and extermination camps of the Holocaust and the bloody conflict and mass murders in Srebrenica. The International Convention on the Prevention and Punishment of the Crime of Genocide (hereinafter the “Genocide Convention” or “the Convention”), however, has the potential-- and, in certain cases, already has been used--to cover far more, and far different, acts than those traditionally considered to be genocide.

While cultural genocide is typically considered outside the scope of the Convention, this Comment argues that it, in fact, does fall within the bounds of the Convention. Developments in the West indicate that a broader interpretation of the Convention may be gaining support. For example, in Canada, a national commission investigating the missing and murdered Indigenous women (MMIW) crisis concluded that Canada had perpetrated, and continues to perpetrate, genocide against Indigenous women and girls by failing to protect them from cultural violence and discrimination. Furthermore, Article 2(b) of the Convention, which prohibits the infliction of serious physical or mental harm on any group, is receiving renewed scholarly attention. Redress for Indigenous cultural extermination and destruction, however, generally remains severely limited by both overly-narrow readings of the Convention and a lack of political willpower to protect Indigenous groups.

The Genocide Convention can be used to protect against forms of cultural extermination, including the taking of Indigenous lands. The Convention's text, its broader purpose, and the expanding doctrine of continuing violations so dictate. This Comment will begin in Section II by covering the history and purpose of the Convention, as well as the historical interpretation and prosecution of crimes under Article 2(b) and Article 2(e), which prevent forcible removal of children from their families. Section III will then dive into an analysis of cultural genocide, arguing that the plain text of the Convention as well as its intent and purpose dictate that cultural genocide is prosecutable under Article 2. Section IV will briefly explain the history of international Indigenous land conflicts and identify ongoing issues in Indigenous territorial sovereignty and, further, the harm that the taking of Indigenous lands inflicts. It additionally will argue that Indigenous land takings may be a form of genocide, and that the doctrine of continuing violations permits prosecuting takings before and after the ratification of the Convention.

This Comment proposes a textualist understanding of the Genocide Convention such that acts of cultural genocide are prosecutable under international law. This Comment endeavored to display the potential upsides of such an approach-- protection of Indigenous land under the Convention's own terms.

The Genocide Convention is intended to protect minority groups who do not have the political clout or population size to protect themselves from destruction by a majoritarian group. Indigenous peoples have suffered immensely throughout history, from the colonial period's near-total destruction of Indigenous populations through disease and war, to the twentieth-century phenomenon of residential schooling programs, to current efforts to take and exploit historically Indigenous lands. Indigenous groups, despite winning recent victories with the UNDRIP, have little international redress when their rights are violated by majority groups. Using the Genocide Convention to prohibit land takings as a form of included cultural genocide, potentially through the doctrine of continuing violations, could provide the redress these populations deserve.

Furthermore, the application of the Genocide Convention to an act of cultural genocide would send a strong signal to all nations that destructive acts will no longer be tolerated by the international community. If Article 2(e) of the Convention had been utilized earlier in residential schooling programs' history, many Indigenous children would not have had their entire worldviews stripped away and erased. The inclusion of cultural genocide would signify concrete progress towards the recognition of minority rights and would be more than the lip-service these rights often receive. It is true that there are continuing acts of physical genocide across the globe, from Sudan to Myanmar. These acts, too, should be vigorously opposed and prosecuted by all signatories to the Genocide Convention. Including cultural genocide within the Convention would not take away or diminish the seriousness of these horrific crimes, but instead would provide an additional layer of protection, consistent with the text and the context of the Convention itself, to minority groups across the globe.

J.D. Candidate at the University of Chicago Law School, Class of 2021.