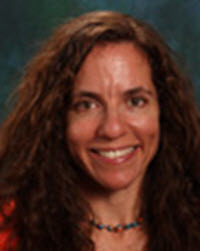 It is 2019, the anniversary of Grand Canyon National Park's designation, and 150 years since John Wesley Powell's 1869 exploration of the Colorado River from Green River, Wyoming, to the Grand Wash Cliffs. At Lee's Ferry, Arizona, a point more than halfway through Powell's trip, fifteen law students from the University of Colorado, three alumni, and two law professors mill about on the shoreline, excited and nervous. We check life preservers, pack and repack waterproof day-bags, take a group photo, and set off to raft the Colorado River through Grand Canyon National Park (GCNP) for two weeks. Four miles downriver, we see Navajo Bridges high above us spanning the Canyon. I point to the slender suspension bridges and say, “That's it! That's the last we will see of modern infrastructure for two weeks. Say goodbye to civilization!”

I say it, but I only half believe it. A two-week Grand Canyon river trip is as detached from modern techno-industrial life as you can get in the United States, outside of Alaska. For fourteen days, we will live outside and off-line, reconnecting our bodies and minds with nature's rhythms as we travel through geologic time. Yet, as my students and I have studied and will encounter throughout the trip, even the nation's most cherished and protected public lands are not spaces apart from the workings of law, politics, and power. The Grand Canyon, along with every square inch within the federal government's 640-million-acre portfolio of public lands, is a human artifact as much as it is nature's domain. The put-in and take-out for today's Grand Canyon river trip are dictated by the location of two enormous dams and reservoirs that store water and generate power for seven western states. The GCNP as a whole is ringed by industrial landscapes (uranium mines, coal-fired power plants, and coal strip mines) that make possible the West's metropolises of Phoenix, Tucson, Las Vegas, and Los Angeles. The Havasupai, Hualapai, Hopi, and eight other American Indian Tribes were violently displaced from their aboriginal lands in order to create “public” land that became the basis for the National Park, even as their resources were recruited to build up the West's cities and suburbs. Within the Park, racial and gender hierarchies play out in ways that belie the notion that wild places are ever truly separate from human frames, even when we establish them with the goal of being so.

This Essay uses the occasion of the GCNP's one hundredth anniversary to examine how social, political, and economic forces constructed the Park. It argues that law facilitated the violent displacement of indigenous peoples to construct “empty” public lands, which then became sites that perpetuated broader structures of economic and social inequality.

In Part I, the Essay examines law's role in displacing Native peoples and creating public lands out of what was once all Indian country. Contrary to views that public land and conservation laws primarily act as hedges against privatization and corruption, the Essay shows how these laws dispossessed and confined the Grand Canyon's Native peoples, resulting in economic disruption and cultural trauma as well as the nonconsensual redistribution of aboriginal lands to the non-Indian public. At the same time, Tribes and their allies were occasionally able to seize the framework of Indian law to retain some of their territory, which later became the basis for reasserting their rights and interests in the GCNP.

Part II examines law's allocation of resources inside and outside the GCNP after the Park's establishment. Laws and policies that created vast agricultural landscapes and gleaming cities in the desert excluded Black, Latinx, and Native people from their vision. The burgeoning wilderness-preservation movement likewise largely failed to address racial and ethnic subordination. As a result, cities and suburbs as well as their supposed counterpoints--wild and protected places--each served to entrench race-based inequalities.

In Part III, the Essay considers the GCNP's failure to protect female employees. Pervasive sexual harassment went unchecked for decades, resulting in the disbanding of the GCNP's River District--the unit of park rangers who patrolled the river corridor--and the resignation of two GCNP Superintendents, yet very little redress for female employees or accountability for their harassers. This sorry record reflects that gender hierarchies follow us even into places conceived of as wild, remote, and free.

In the Conclusion, the Essay will look to the GCNP's future. The next one hundred years can be different. With climate change and aridification putting increasing stress on the GCNP's natural and human resources, there is both impetus and opportunity for a reintegration of the GCNP, and public lands in general, into a broader landscape committed to decarbonization as well as racial, gender, and economic justice. If that comes to pass, then “America's best idea” may indeed be its national parks--not because they set places apart from law and politics but because they create spaces within which to forge better visions of what America might be.

The question that ends the previous section is facetious. But my hope for change in the GCNP and across our public lands is not. In celebration of the GCNP's anniversary, members of the eleven American Indians Tribes of the Grand Canyon have been making their voices heard. They have articulated three immediate goals for reversing their histories of exclusion and erasure. These are to add indigenous names to all park signs and maps; to work with the NPS to hire more Native guides, artists, and entrepreneurs; and to involve tribes at high levels of management and decision-making. 3 The NPS has been receptive so far and already has plans underway to renovate the Desert View visitor center to create an Inter-Tribal Heritage Site. 4 The site was conceived of and developed through consultations and ongoing meetings with the eleven Tribes. 5 The GCNP has also announced plans to diversify its workforce and engage in outreach programs to encourage more nonwhite visitation. They hired a Latinx community and centennial outreach coordinator who acknowledges bluntly what the GCNP has to overcome: “I think we need to see more brown people represented in the National Park Service.” 6

These steps toward bringing Native and other diverse voices into the management and governance of the GCNP are important. But they do not go far enough. To remedy the history of harassment and discrimination within the GCNP, the NPS should do more than issue ineffectual no tolerance edicts. It should adopt a top-to-bottom action plan to root out aspects of its culture that are sexist and dysfunctional.

To become part of a more just and equitable landscape, the NPS should support efforts to break down the barriers between preserved spaces and the spaces that surround them. This does not mean affording less environmental protection to the GCNP. Rather, it means thinking about how to provide more environmental protection, more clean spaces, air, and water to all communities equally while cherishing the public lands that now are part of our shared heritage. Rather than engage in environmental trade-offs--protect this but sacrifice that--the public lands agencies together with the environmental and economic justice movements should oppose unsustainable energy and industrial development throughout the Colorado Plateau while promoting green and culturally appropriate economic development. Here too there is reason for hope. The Navajo, Hopi, Hualapai, and Havasupai Tribes have teamed up with conservation groups and other constituents to protect the Grand Canyon from uranium mining and to promote just transitions for Native communities as coal-based jobs and revenue come to an end. 7

If this “no trade-offs” approach sounds unrealistic, that is because we have never tried it. Instead, we have relied on growth to solve problems--both of environmental protection and economic progress. As the history of the GCNP demonstrates, economic growth--in a nation steeped in inequality--pushes the environmental harms out of sight, across the tracks, or over the reservation borders. The GCNP history also reminds us that historically, the economy has always grown for some and contracted for others. The settler economies in Arizona and Utah grew in direct proportion to the obliteration of Southern Paiute, Havasupai, Hualapai, and Navajo traditional economies. In this sense, economic growth as the joint solution to environmental and development problems has always been a myth.

Finally, climate change looms as a crisis that must be addressed within the next decade. Anyone who thinks it is unrealistic to link transitioning to a zero-carbon economy with concerns about equity and justice on our public lands should try to envision what could happen to their favorite national park if we fail to do so. Will the GCNP still be our “best idea” when it is a desiccated landscape devoid of endemic plants and animal species, where the privileged few still come to escape the misery, poverty, and chaos in wildly unequal urban areas? 8 This is a likely scenario if public lands protection does not expand its mandate. If we continue to think about protecting the places we love without simultaneously redressing the inequities sewn into how we have protected those places in the past, we will see increasingly extreme versions of environmental inequality amidst overall environmental devastation.

Even here, there is reason for hope. The fifteen students who drifted down Marble Canyon, walked up the Little Colorado River, played in Deer Creek, and ran Lava Falls with me also care and know about all of these issues. And now they have law degrees, but more importantly they have commitment, passion, and imagination. They do not want to live in a world where their environmental privilege comes at someone else's expense. They want to redefine the “public” in our public lands so that it includes indigenous peoples, all classes, races, and genders, and even other species, and future generations. They want the Grand Canyon National Park to become America's best idea, for everyone and forever. Finally, they are not alone. They reflect a broader shift toward reclaiming the equity and justice strains within environmentalism and updating them for today's global challenges. Places like our national parks may yet become our best idea--as proving grounds and metaphor for creating just, equitable, beautiful, and wild spaces--within and outside of lines on a map.