The Japanese American Cases - A Disaster 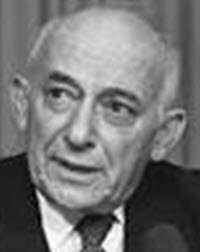 Our war-time treatment of Japanese aliens and citizens of Japanese descent on the West Coast has been hasty, unnecessary and mistaken. The course of action which we undertook was in no way required or justified by the circumstances of the war. It was calculated to produce both individual injustice and deep-seated social maladjustments of a cumulative and sinister kind.

All in all, the internment of the West Coast Japanese is the worst blow our liberties have sustained in many years. Over one hundred thousand men, women and children have been imprisoned, some seventy thousand of them citizens of the United States, without indictment or the proffer of charges, pending inquiry into their “loyalty.” They were taken into custody as a military measure on the ground that espionage and sabotage were especially to be feared from persons of Japanese blood. They were removed from the West Coast area because the military thought it would take too long to conduct individual loyalty investigations on the ground. They were arrested in an area where the courts were open, and freely functioning. They were held under prison conditions in uncomfortable camps, far from their homes, and for lengthy periods—several years in many cases. If found “disloyal” in administrative proceedings they were confined indefinitely, although no statute makes “disloyalty” a crime; it would be difficult indeed for a statute to do so under a Constitution which has been interpreted to minimize imprisonment for political opinions, both by defining the crime of treason in extremely rigid and explicit terms, and by limiting convictions for sedition and like offenses. In the course of relocation citizens have suffered severe property losses, despite some custodial assistance by the Government, Perhaps 70,000 persons are still in camps, “loyal” and “disloyal” citizens and aliens alike, more than three years after the programs were instituted. Although the process of relocation has been recently accelerated, many will remain in the camps at least until January 2, 1946.

By the time the question reached the Supreme Court, the crisis which was supposed to justify the action had passed. The Court faced two issues: should it automatically accept the judgment of the military as to the need for the relocation program, or should it require a judicial investigation of the question? Was there factual support for the military judgment that the course of the war required the exclusion and confinement of the Japanese American population of the West Coast? Clearly, if such steps were not necessary to the prosecution of the war, they invaded rights protected by the Third Article of the Constitution, and the Fifth and Sixth Amendments.

If the Court had stepped forward in bold heart to vindicate the law and declare the entire program illegal, the episode would have been passed over as a national scandal, but a temporary one altogether capable of reparation. But the Court, after timid and evasive delays, has now upheld the main features of the program. That step converts a piece of war-time folly into political doctrine, and a permanent part of the law. Moreover, it affects a peculiarly important and sensitive part of the law. The relationship of civil to military authority is not often litigated. It is nonetheless one of the two or three most essential elements in the legal structure of a democratic society. The Court's few declarations on the subject govern the handling of vast affairs. They determine the essential organization of the military establishment, state and federal, in time of emergency or of war, as well as of peace. What the Supreme Court has done in these cases, and especially in Korematsu v. United States, is to increase the strength of the military in relation to civil government. It has upheld an act of military power without a factual record in which the justification for the act was analyzed. Thus it has created doubt as to the standards of responsibility to which the military power will be held. For the first time in American legal history, the Court has seriously weakened the protection of our basic civil right, the writ of habeas corpus. It has established a precedent which may well be used to encourage attacks on the civil rights of citizens and aliens, and may make it possible for some of those attacks to succeed. It will give aid to reactionary political programs which use social division and racial prejudice as tools for conquering power. As Mr. Justice Jackson points out, the principle of these cases “lies about like a loaded weapon ready for the hand of any authority that can bring forward a plausible claim of an urgent need.”

The opinions of the Supreme Court in the Japanese American cases do not belong in the same political or intellectual universe with Ex parte Milligan, DeJonge v. Oregon, Hague v. CIO, or Mr. Justice Brandeis' opinion in the Whitney case. They threaten even more than the trial tradition of the common law and the status of individuals in relation to the state. By their acceptance of ethnic differences as a criterion for discrimination, these cases will make it more difficult to resolve one of the central problems in American life—the problem of minorities. They are a breach, potentially a major breach, in the principle of equality. Unless repudiated, they may encourage devastating and unforeseen social and political conflicts.

That the Supreme Court has upheld imprisonment on such a basis constitutes an expansion of military discretion beyond the limit of tolerance in democratic society. It ignores the rights of citizenship, and the safeguards of trial practice which have been the historical attributes of liberty. Beyond that, it is an injustice, and therefore, like the trials of Sacco, Vanzetti, and Dreyfus, a threat to society, and to all men. We believe that the German people bear a common political responsibility for outrages secretly committed by the Gestapo and the SS. What are we to think of our own part in a program which violates every democratic social value, yet has been approved by the Congress, the President and the Supreme Court?

Three forms of reparation are available, and should be pursued. The first is the inescapable obligation of the Federal Government to protect the civil rights of Japanese Americans against organized and unorganized hooliganism. If local law enforcement fails, prosecutions under the Civil Rights Act should be undertaken. Secondly, generous financial indemnity should be sought, for the Japanese Americans have suffered and will suffer heavy property losses as a consequence of their evacuation. Finally, the basic issues should be presented to the Supreme Court again, in an effort to obtain a reversal of these war-time cases. In the history of the Supreme Court there have been important occasions when the Court itself corrected a decision occasioned by the excitement of a tense and patriotic moment. After the end of the Civil War, Ex parte Vallandigham was followed by Ex parte Milligan. The Gobitis case has recently been overruled by West Virginia v. Barnette. Similar public expiation in the case of the internment of Japanese Americans from the West Coast would be good for the Court, and for the country.