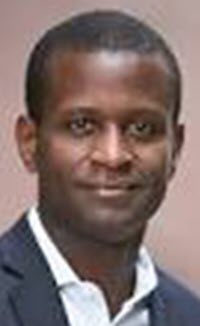 In Trump v. Hawaii, a five-four majority of the Supreme Court said that Korematsu v. United States “was gravely wrong the day it was decided, has been overruled in the court of history, and ... ‘has no place in law under the Constitution.”’ In doing so, the Court stated as clearly as it ever has that Korematsu is not good law. This Essay argues that this statement is not just empty but also grotesque.

The emptiness of the Court's “overruling” does not result primarily from the fact that it is dicta and therefore not technically binding on lower courts. The statement is indeed dicta--as evidenced by the Court's claim, in virtually the same breath, that “Korematsu has nothing to do with this case” but in practical terms, no lower court would revive a case that a majority of the Supreme Court has clearly said was wrongly decided.

Rather, the statement is empty because it is underdetermined.

As Part I elaborates, when the Court discards a precedent it does not overrule a “case” but rather particular propositions stated in that case's majority opinion. But the propositions a case stands for are often varied and contested. A case may stand for multiple independent propositions, its particular holdings may have been disputed in the moment, and even if that contemporaneous disagreement is sorted out, what a case stands for in modern times might differ from what it actually held at the time of the decision.

As Part II develops in greater detail, each of these qualifications on “overruling” applies in the case of Korematsu. The majority in Hawaii did not specify which aspect of the case it was overruling. Anticanonical cases such as Korematsu are especially vulnerable to these kinds of underdetermined “overrulings” because their legacies have escaped far beyond the control of the deciding Court. It is accordingly obscure what, if anything, the “overruling” of Korematsu means.

The Court's statement is grotesque because, as Part III notes, it condemns racism with one hand but deploys tokenism with the other. The statement appears in a case in which the majority blessed transparent religious bigotry on the part of the sitting President while cloaking itself in righteous indignation over a seventy-four-year-old decision whose wrongness is a matter of incompletely theorized consensus. The canary in the coal mine for this incomplete theorization is Justice Thomas's presence in the majority. Justice Thomas's prior favorable statements about Korematsu are difficult to reconcile with the claim that Korematsu is obviously wrong in all its particulars, and yet he was comfortable joining the Hawaii majority. Either Justice Thomas has had a change of heart about Korematsu or there is less to this “overruling” than meets the eye.

The majority in Trump v. Hawaii said it was overruling “Korematsu” without saying in which of many possible ways it was doing so, all while holding the vote of a Justice whose opinions have implied substantial agreement with the decision. Everyone knows that something about the case was rotten. But so long as this consensus remains incompletely theorized, the Court can, without spending any capital whatsoever, try to earn some plaudits for overruling Korematsu.

Of course, the majority's disclaimer notwithstanding, there are disturbing resonances between Korematsu and Hawaii. In both cases, decisions plainly motivated by group-based animus were justified by and received near-absolute deference on the basis of specious invocations of national security. Korematsu's overruling has been in the works for decades. It was meant for better things.

Jamal Greene is the Dwight Professor of Law at Columbia Law School.