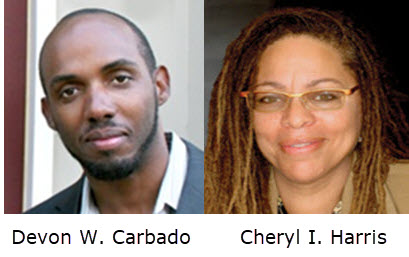 The criminalization of immigration violations and the imposition of immigration sanctions for criminal violations have produced a vexed set of procedural, constitutional, and policy issues. Underlying much of the debate is the generalization (a reasonable one with which we agree) that citizenship affords a set of procedural and constitutional protections in immigration and criminal law enforcement contexts that are unavailable to noncitizens. For example, subsequent to arrest, citizens but not noncitizens are typically eligible for release on bail, while noncitizens but not citizens may be vulnerable to deportation. These and other post-arrest differences highlight the fiction of what Ingrid Eagly calls “doctrinal equality” or the erroneous notion that “noncitizen defendants occupy the same playing field as other defendants in the federal criminal system.”

However, before the arrest, during the investigatory stages of the criminal or immigration process in which law enforcement officials detain, question, and search suspects, the dichotomy between the citizen and noncitizen is, at least in some contexts, decidedly less clear. In particular, the line between citizen and noncitizen is mediated by and bears the racial imprint of a particular historical feature of U.S. immigration law--the government's explicit employment of race as a proxy for citizenship. In the context of contemporary immigration enforcement, and with respect to Latinos, this proxy function of race blurs the boundary between citizen and noncitizen and further conflates noncitizenship and undocumented status. To make the point concrete, the simple “fact” of apparent Latino ancestry renders a person presumptively an undocumented noncitizen--or, to invoke the unfortunate quasi-term of art, an “illegal alien.”

This does not mean that immigration officials and law enforcement personnel actually believe that most or all Latinos are undocumented. The point is that because Latino identity is deemed relevant to the question of whether a person is undocumented, all Latinos live under a condition of presumed illegality. They pose a danger not because their conduct is illegal but because of their purported status--they are illegal. As such, they are increasingly vulnerable to being searched and seized. In this way, searches and seizures do more than their ordinary or “interior” investigatory work; they perform extraordinary or “border” work as well, effectively enacting interior immigration checkpoints at which Latino subjects must prove their American belonging.

Fourth Amendment jurisprudence plays a critical role in constructing this problem. The doctrine facilitates both the idea that Latinos are presumptively undocumented (the racial profile) and the practice of detaining Latinos because of that presumption (racial profiling). Yet, for the most part, criminal procedure scholars have not engaged this racial dynamic. They have raised concerns about whether racial profiling creates the crime of “Driving While Black,” about the legitimacy and efficacy of the practice, about whether it imposes a “racial tax” and about whether racial profiling is systemic or derives instead from the actions of a few wayward police officers--the proverbial “bad apples.” But, largely absent from these debates is the fact that law enforcement personnel routinely employ Latino racial identity as a basis for determining whether a person is undocumented or “illegal.” In a series of cases --United States v. Brignoni-Ponce, INS v. Delgado, and United States v. Martinez-Fuerte Supreme Court has sanctioned this practice. While none of these cases explicitly endorse racial profiling per se, each facilitates the practice of utilizing the “appearance of Mexican ancestry” as an investigatory tool. We refer to the cases as the “undocumented cases” because they are marginalized in and mostly omitted from criminal procedure scholarship and casebook discussions about race and the Fourth Amendment. Instead, criminal procedure scholars more frequently engage three other cases to discuss racial profiling: Terry v. Ohio, Whren v. United States, and Florida v. Bostick. We refer to these cases, cumulatively, as the documented cases because they reside within the interior of the criminal procedure literature.

First, the undocumented cases show clearly how Fourth Amendment doctrine enables and legitimizes racial profiling against Latinos. Second, the cases bring to the fore two pretext problems that criminal procedure scholars have largely ignored: (1) the employment of immigration violations as a pretext for investigating state criminal law, and (2) the employment of criminal law violations as a pretext for enforcing immigration law. The undocumented cases reveal the ease with which law enforcement officials can engage in either forms of pretextual conduct.

Third, the undocumented cases import a pernicious aspect of immigration exceptionalism into criminal procedure: namely, that the government can legitimately target on the basis of race when it is enforcing immigration laws. As distinct from other legal arenas where race-based decisionmaking is subject to heightened judicial review, from the inception of federal immigration law, the Supreme Court has deemed race an appropriate criterion for determining admission to and exclusion from the United States under the long-criticized but still robust plenary power of the federal government to regulate immigration. The undocumented cases extend and legitimize this racial logic.

To develop our argument that the undocumented cases belong in the interior, rather than at the border, of constitutional criminal procedure debates about racial profiling, we link Delgado, Brignoni-Ponce, and Martinez-Fuerte to the three documented cases Bostick, Terry, and Whren. In Part I, we focus on Florida v. Bostick and INS v. Delgado. Both cases required the U.S. Supreme Court to decide whether a particular governmental activity constitutes a seizure. Whereas criminal procedure scholars invoke Bostick to discuss race and the Fourth Amendment, they rarely use Delgado to do so. This inattention to Delgado obscures not only the conceptual foundation that the case laid for Bostick but also how immigration enforcement intersects with the seizure analysis to both restrict the reach of the Fourth Amendment and enable racial profiling.

Part II shifts the discussion to Brignoni-Ponce and Terry v. Ohio. Scholars have decried the ways in which Terry (and its progeny) both eviscerates the Fourth Amendment and facilitates racial profiling by permitting police officers to stop and frisk suspects upon an evidentiary showing that is less than probable cause--what courts now refer to as “reasonable suspicion”-- that the suspect is armed and dangerous. This Part argues that Brignoni-Ponce makes matters worse by further eroding Fourth Amendment protections and by expressly authorizing racial profiling.

In forging a nexus between the documented and the undocumented cases in the manner we describe above, our hope is to break down the doctrinal and conceptual barriers that have largely kept the undocumented cases from receiving the kind of critical scrutiny they warrant. Part IV examines these barriers: They range from how racial profiling has been understood and framed, to how Latinos have been racialized, to how immigration law has doctrinally developed as exceptional, to how Fourth Amendment taxonomies cabin certain searches and seizures as regulatory and administrative and thus not subject to ordinary Fourth Amendment requirements. We contend that none of the explanations either alone or collectively justify the underexamination of the undocumented cases in the criminal procedure literature. Indeed, this Article argues that a more robust understanding of how race has shaped, and continues to shape, Fourth Amendment law requires that we bring these cases from the borders of race and the Fourth Amendment scholarship to the interior.

Our point of departure for this Article was the observation that notwithstanding a rich literature on race, racial profiling, and the Fourth Amendment, criminal procedure scholars have largely ignored a set of cases that bear directly on this issue. We refer to these cases as the undocumented cases precisely because criminal procedure scholars largely do not acknowledge the racial work these cases perform in the doctrinal economy of Fourth Amendment jurisprudence.