Now the Border Is Everywhere: Why a Border Search Exception Based on Race Can No Longer Stand

Excerpted From: Sarah Houston, Now the Border Is Everywhere: Why a Border Search Exception Based on Race Can No Longer Stand, 47 Mitchell Hamline Law Review 197 (February 2021) (167 Footnotes) (Full Document) 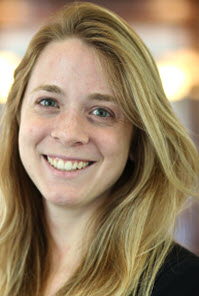 The faster we deport undocumented immigrants, the safer our country will be. This belief has become a foundational tenant of the Trump administration's immigration regime and its increased use of the expedited removal program.

Expedited removal was originally introduced in 1996 as an amendment to the Immigration and Nationality Act (INA), granting the executive branch discretion to accelerate the deportation process in limited contexts. Under this fast-track program, undocumented immigrants who have entered the country in the last two weeks can be deported without any hearing or meaningful review, as long as they are apprehended within 100 miles of any U.S. border. However, the current administration was concerned that the program was not being utilized to its full statutory extent.

On July 23, 2019, the Department of Homeland Security (DHS) announced a drastic expansion to the program by altering the geographic requirements of these fast-tracked deportations. Under this expanded policy, any undocumented individual, no matter how far they are from the border, can be placed into this fast-track system without an opportunity to be heard or any type of review. Professor Mary Holper argues that “expedited removal has been expanded to its maximum reach. The border is everywhere.” Several organizations immediately challenged this rulemaking. U.S. District Judge Ketanji Brown Jackson issued a preliminary injunction against the policy change after concluding that the government did not follow proper notice-and-comment procedures.

Regardless of how the legal battle unfolds, President Trump's expansion of expedited removal highlights a larger shift in immigration enforcement from the border to the interior of the country. U.S. Immigration policy has traditionally focused on the southern border, granting Customs and Border Protection (CBP) and federal agents the unique power to stop and detain anyone they suspect to be undocumented. However, the government's use of these heightened enforcement measures has spread far past the borderlands, as DHS sends tactical teams to sanctuary cities, sets up checkpoints and patrols highways hundreds of miles from any border, and strategically increases the number of Immigration and Customs Enforcement (ICE) raids nationwide. This dispersion of immigration enforcement power raises serious Fourth Amendment issues. Border officials who are legally justified in using race as a predictive factor because of their proximity to the border, as dictated by the seminal cases United States v. Brignoni-Ponce and United States v. Martinez-Fuerte, are highly unlikely to stop acting on these same race-based assumptions as they creep towards the interior. However, the judiciary never meant for the border exception to be used in such an expansive way. The Supreme Court's allowance of the use of race in key cases challenging law enforcement's treatment of Latinos at border stops and searches such as Brignoni-Pence, I.N.S. v. Delgado and United States v. Martinez-Fuerte (referenced collectively as the “undocumented cases”) is based on the outdated notion that geography, when paired with race, is predictive of illegality. Essentially, this notion suggests that anyone who is located near the border and appears Latino is likely to be undocumented. The Court concluded that this notion's probability was high enough to justify a more lenient Fourth Amendment standard near the border, allowing race to be used as a permissible factor within provable cause analysis. This border search exception perpetuates a belief that agents have special skills to determine if someone looks “illegal” and reflects the Court's continuing ambiguity towards Latinos as a race.

The Trump administration's dramatic escalation of immigration enforcement nationwide forces us to confront the dangers of a Fourth Amendment exception based on probabilistic calculations in a rapidly changing environment. Any exception to the Fourth Amendment founded on race's relation to other loosely defined factors, such as proximity to the border, opens the exception to abuse. This notion is especially true when the Court does not revisit the predictive value of those factors. Indeed, the executive branch uses this judicial authorization of race along with the legislative authority given by the INA to push the border search jurisprudence beyond its intended use.

Although scholars and policymakers have questioned the “undocumented cases” for thirty years, the proposed expansion of expedited removal makes the “undocumented cases” even more untenable than before. As the Latino population disperses across the country in different migration patterns, and more CBP and ICE officials apply their border tactics in neighborhoods further from any border, it is evident that proximity to Mexico no longer holds the same predictive value. Geography can no longer be a justification for the use of race in the immigration enforcement context. It is time for the Court to strike down the outdated border search exception, which threatens Latinos' liberties across our nation.

This paper first traces the enduring legacy of border exceptionalism in both the judicial and executive sphere. It then presents the three main reasons why race should no longer be deemed a justifiable factor in the immigration enforcement context. First, the make-up of the country is significantly different than when the “undocumented cases” were decided, decreasing the probability that a person who appears Latino will, in fact, be undocumented. Second, the immigration enforcement regime has drastically expanded beyond the border region and its traditional federal focus, as state and local actors throughout the country take an active role in immigration enforcement through 287(g) agreements and state legislation. The widening scope of this regime increases the likelihood that race is being used in contexts never condoned by the judiciary. Finally, the immigration exception to racial profiling has been unequally applied by the lower courts, resulting in an unregulated space in which drug and immigration enforcement converge. As the immigration system expands in such drastic ways, courts must finally acknowledge that this jurisprudence has led to the mass incarceration of Latinos, who are significantly overrepresented in removal proceedings and jails.

When President Trump announced his anticipated expansion of expedited removal, eighteen attorneys general across the country joined together to amplify their dissent in an amicus brief for the ACLU's case challenging the act. New York Attorney General, Letitia James, wrote, “[w]e are fighting back to ensure that every person is afforded appropriate protections under the law, and that this administration does not rip any more families apart.” This advocacy among some of the nation's top lawyers is a heartening indication that the national consensus around racial profiling of Latinos may be shifting. However, it is not enough to create systemic, long-term change.

Until the Supreme Court revisits its border search exception doctrine, executive officers will continue to use it as a judicially granted license, a free pass to employ race in key decision-making processes. For many, including the Court, this doctrine has not presented itself as ripe for review. But for millions of Latinos in the U.S. today, whether asylum seekers, children, green card holders, or even full-fledged citizens, this doctrine threatens their continued existence in the place they call home. With the threat of a nationwide fast-track deportation system looming on the horizon, the time for judicial intervention is now.

Sarah Houston is a recent graduate of the University of Virginia School of Law.