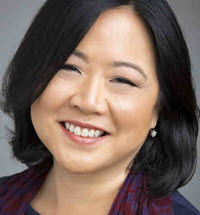 Donald Trump understands the mobilizing power of an emergency. While running for President, and since taking office, he has used the notion of emergency to feed our national habit of immigrant scapegoating and anti-immigrant policy-making. To set the stage for his policies, President Trump has proceeded in the arena of public opinion by stoking fears of the foreigner and using his rhetorical powers to transform even fellow citizens into foreigners. For example, in announcing his candidacy in June 2015, he infamously smeared Mexican immigrants as criminals, drug traffickers, and rapists; in June 2016, then-candidate Trump baselessly attacked U.S. District Judge Gonzalo P. Curiel, predicting that he would rule for the plaintiffs in a case involving Trump University, based on the bald assertion that Judge Curiel is "a Mexican." These statements of blatant xenophobia and white nationalism--masked by bogus claims of national emergency--are unprecedented coming from a recent President, and stand in contrast to the language of welcome and more moderate immigration policies of some of his Republican predecessors. Nonetheless, the Trump Administration's scapegoating of immigrants is part of a long history of xenophobia in U.S. immigration laws and policies, and his policies have recent antecedents. Even President Obama was reviled as "deporter-in-chief" by many immigrant advocates because of the record-high number of removals carried out under his watch. And President Trump followed his three immediate predecessors in exploiting the mass detention of immigrants defending against deportation charges, expedited removal proceedings that bypass even immigration judges, and purported limits on federal court review of deportation-related actions--all enacted by Congress and signed into law by President Clinton in 1996. But because of his extreme cruelty and utter disregard for laws and norms, President Trump's immigration policies have demonstrated more clearly than ever before that when U.S. Presidents are permitted to speak in terms of "emergency" and security "threats" with plenary executive authority, they create deep and long-lasting harms to U.S. communities, due process, and the rule of law. To be clear, every one of President Trump's immigration-related policies that has been challenged in litigation surpasses existing statutory and constitutional limits on presidential power. But to ensure that neither this President nor any future one can engage in similar abuses, Congress and the courts--and ultimately, we the people--should act.

In this Essay, I trace President Trump's abusive deployment of "emergency" declarations in his all-out assault on immigrants and refugees and identify the roots of those abuses in longstanding immigration policies. I set out three reforms that would prevent future abuses by this President or his successors: (1) providing for meaningful review of presidential claims of "emergency" and "national interest"; (2) abolishing the punitive and militarized approaches to immigration enforcement promulgated in the Illegal Immigration Reform and Immigrant Responsibility Act of 1996 (IIRIRA), and restoring basic principles of due process to U.S. immigration laws; and (3) seeing immigrants and refugees as fellow human beings and not as criminals.

In its first decision considering President Trump's Asylum Ban Proclamation, the conservative Judge Jay Bybee wrote an opinion for the Ninth Circuit that affirmed a preliminary injunction against President Trump's policy and denied the President's request for a stay of the injunction. Judge Bybee echoed some of the President's language, describing a "staggering increase in asylum applications" and an "overburdened" system, but he nonetheless held that the plaintiffs were likely to succeed on the merits of their claim that the Asylum Ban Proclamation and rules are contrary to statutes enacted by Congress. Critically, Judge Bybee responded to the government's arguments by noting the core role of the judiciary in such disputes:

We are acutely aware of the crisis in the enforcement of our immigration laws. The burden of dealing with these issues has fallen disproportionately on the courts of our circuit. And as much as we might be tempted to revise the law as we think wise, revision of the laws is left with the branch that enacted the laws in the first place--Congress. The Ninth Circuit did not overturn any precedents to reach this result, and it did not disagree with the President's premises in declaring a crisis in immigration enforcement. And yet it fulfilled the traditional role of the courts in declaring the President's acts unlawful and providing a remedy to the people harmed by his acts. It remains to be seen whether the Supreme Court will do the same if it takes up the merits of President Trump's asylum and border-wall actions. As our nation looks forward to the 2020 election, many Americans are hoping for a return to Obama-era immigration policies. To be sure, the deliberate cruelty and outright racism of the Trump era makes that a welcome prospect. But we can and must do better than a return to the past. We must build an immigration system that finally transcends our xenophobia and prevents future abuses of executive power. We have our work cut out for us.