Not Yet Forgiven for Being Black: Haiti's TPS, LDF, and the Protean Struggle for Racial Justice

Excerpted From: Raymond Audain, Not Yet Forgiven for Being Black: Haiti's TPS, LDF, and the Protean Struggle for Racial Justice, 52 Loyola of Los Angeles Law Review 409 (2019) (180 Footnotes) (Full Document) 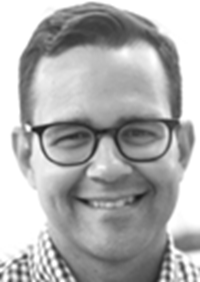 In January 2010, Haiti was struck by one of the deadliest earthquakes in modern history. It killed thousands of Haitians, left more than a million people homeless, and nearly destroyed Port-au-Prince. Haiti's recovery efforts have been hobbled by two additional catastrophes. First, in October 2010, there was a large-scale outbreak of cholera. Then, in October 2016, Hurricane Matthew ravaged parts of the country and killed more than 500 people. These extraordinary circumstances compelled the U.S. Department of Homeland Security (DHS) to designate Haiti for Temporary Protected Status (TPS) in 2010, to re-designate Haiti in 2011, and to repeatedly extend that designation over the next six years. But the Trump administration took a different view of Haiti's TPS designation, one in keeping with its outspoken antagonism towards immigrants of color. Soon after taking office, the administration warned beneficiaries to prepare for their return to Haiti. Then, in November 2017, DHS announced that it would terminate the program in January 2018, with a delayed effective date of July 2019. As the Haitian government has explained, Haiti cannot safely repatriate the approximately 58,000 Haitians in the United States who have TPS. The U.S. Embassy in Haiti agreed, and no objective review of country conditions could militate otherwise. But the administration's decision to end TPS for Haiti does not reflect an objective review of country conditions. Instead, it reflects racial animus against Haitian TPS recipients.

As such, in January 2018, the NAACP Legal Defense and Educational Fund, Inc. (LDF) filed a lawsuit that challenged the rescission decision on equal protection grounds. For almost eighty years, LDF has focused on vindicating the rights of Black Americans across the United States. Filing suit on behalf of Haitian immigrants may appear to be a new operational context for LDF. However, the racial justice implications of the rescission are profound. First, many of the racial disparities that bedevil our domestic public institutions also bedevil the immigration system. And, as LDF's Director-Counsel explained, it would be unacceptable for LDF to afford the government any leeway to make a decision based on racial discrimination in any context. LDF took the same position in similar circumstances more than thirty years ago when it warned that the federal government cannot be left to discriminate with impunity against thousands of Haitian asylees, in part because that would reinforce racist attitudes and undermine the national goal of eliminating racial and ethnic discrimination.

LDF's commitment to the elimination of racial discrimination found its greatest expression in Brown v. Board of Education, the decision that overruled the "separate but equal" doctrine of Plessy v. Ferguson. Brown has been described as the most important Supreme Court decision of the twentieth century; it is the wellspring of modern equal protection jurisprudence. In the immigration context, however, Brown's impact has been blunted by the so-called plenary power doctrine, which, some believe, gives Congress and the President almost total latitude to discriminate against excludable immigrants, even on the basis of race. The doctrine is rooted in the notorious Chinese Exclusion Case of 1889, which reflects the same bigotry as Plessy. Louis Henkin famously described the doctrine as a "constitutional fossil, a remnant of a prerights jurisprudence that we have proudly rejected in other respects." Indeed, although some courts continue to abide by the plenary power doctrine despite its dreadful origins, its sway has been steadily diminishing. The administration's unapologetically racialized approach to immigration is forcing courts to consider anew the extent to which the federal government is unconstrained to discriminate against immigrants of color.

More than three decades later, more than six decades after Brown, and almost eight decades after its inception, LDF continues to help animate the forces of change, this time in an effort to engender what Hiroshi Motomura has described as "a radically broader view of the constitutionally protected community than that implicit in the plenary power doctrine." LDF's dedication to that inclusive view of American law has led the organization to shape jurisprudence in areas as seemingly disparate as education, capital punishment, voting rights, and employment. That dedication now compels the organization to vindicate the principle that the federal government is not at liberty to discriminate against tens of thousands of Black men, women, and children in the United States just because they happen to be immigrants. As such, with the TPS case, LDF reaffirms its fundamental commitment to the struggle for racial justice in all aspects of American life.