LatCrit: What's Next? Resistance Resilience and Community in the Trump Era 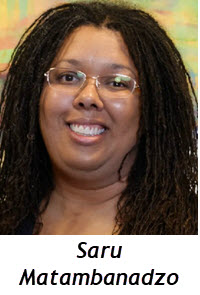 On Election Day 2016, those who voted against Donald Trump included a coalition of people that exist in relation to the Democratic Party of the United States. The coalition, particularly its leftmost wing, can be hard to pin down. This coalition included a majority of young people and the majority of African American, Asian American, and Latino voters. It also included a variety of individuals whose political commitments fall to the left of the mainstream Democratic Party. We label ourselves in diverse ways and as Walt Whitman might say, we contain multitudes. We are crits, progressives, social democrats, labor greens, socialists, communists, anarcho syndicalists, anarcho communalists, or some other ideology that maps to the left of the conservative neoliberal center that typifies mainstream politics in the United States. For many in this coalition, the story of Election Day 2016 is 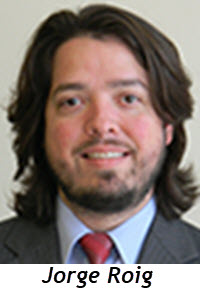 often told as a day of cautious optimism turned to confused disbelief and horror.

On Election Day, the people of the Center Left in the United States knew what we had to do. We (often ambivalently) proceeded to our polling place because in our core, we believe in the people and we believe in democracy. So we vote. Does it matter that after the votes are cast, Hillary Clinton will probably disappoint us? Scratch that. She would inevitably disappoint us. After all, Hillary Clinton was a solid center left democrat, a position that is bound to disappoint those who believe in open borders for the free movement of people not just corporations, the dismantling of the prison industrial complex, universal health insurance, free college tuition, a strong social welfare system, the fundamental fact that money from big business corrupts politics. But we would come out and we would vote. Some of us, safely secure in our states or defiant in our principles, cast votes for third party candidates who more closely reflected our values. But many of us inhaled sharply, sighed deeply, and pulled the lever for the Democrats again. In doing so, we often took cold comfort. After joining together to elect President Barack Obama, the first (historically verified) non-white president, in this election, our coalition would vote to do something that seemed impossible until recently - elect the first woman president. Most of the polls told us

this would happen. And for many reasons, most of them having to do with the fact that candidate Donald Trump seemed like a fraternity prankster stuck in a joke that went on too long, we believed them. According to many accounts by those in the know, it seemed like Candidate Trump never believed he would be elected president and had no real desire to assume the office.

But the polls were wrong. Exit polls seemed to diverge from the information that pollsters had gathered. As we watched, some of us at parties with many comrades, and others solitary and alone in front of a computer screen or phone, we saw states that trended purple or blue in the false-light of the pre-election data machine became burgundy and then red when the actual votes were counted. Districts that President Barack Obama won once or even twice were lost to President Donald Trump. And while Senator Hillary Clinton won as many votes as President Barack Obama did in the 2012 election, and while she exceeded the number of votes President Donald Trump received, she failed to obtain them in the ever important battleground states that decide the election. But at the end of the night it became clear that the impossible had truly become possible The people in crucial battleground states ensured that Candidate Donald Trump received a majority of the electoral college votes. Candidate Donald Trump became, in this moment, President Donald Trump. And in the cold light of the screens, it became clear that we slipped into El Mundo Malo.

El Mundo Malo is a concept that draws heavily on Mestizo bruja traditions of Chicano and LatinX people with indigenous heritage that live on both sides of the border. Fleshed out by Wiccan Shaman Starhawk, we learn that typically, most of us exist in the world of el mundo bueno - we catch the hand rail as we go down the stairs, we pick up the baby before it reaches the hot pan on the stove, we pull back our friend before she crosses into a fast moving car's path. But the veil between the worlds is gossamer thin. At any time, it is easy - so easy - to slip into el mundo malo. In el mundo malo, we break our necks on the stairs, the baby is blinded by the hot scalding water, and our friend is killed by the speeding car. El mundo malo is the world where timing is not on your side, where small pieces of bad luck snowball, and where the bad things keep coming. El mundo malo and el mundo bueno are part of the simultaneous dualism that anchors the worldview of some who practice the old indigenous traditions. As in many non-Western worldviews, brujas embrace complexity, multiplicity, and contradiction. The realm of our existence is simultaneously and all at once good and bad, light and dark, beautiful and troubled, dangerous and safe. And many of us knew for certain, on November 8, 2016, that we had slipped, without notice, across the veil and into el mundo malo. And once you slip into el mundo malo, it takes some powerful magic, the magic of dreams, visions, and imaginations, to get back to the other side.

LatCrit XXI was an opportunity to join together with the LatCrit community and begin the process of making that powerful magic and fostering the dreams and visions that are so necessary for addressing the current state of politics and conditions in the legal academy. For many in the Critical and Progressive community of legal scholars, the events around November 8, 2016 constitute a crisis. We must all heed the crisis - of course - with our actions, our energy, our money, and our professional talents. The lives of wrongly incarcerated persons, the undocumented, and the vilified poor depend upon it. But dreaming, imagining, and re-envisioning is an essential part of the critical aesthetic and it is more crucial now than it has been before.

In the service of the fight against el mundo malo, however, dreams and visions are not enough. Persistent concerted actions are necessary to resist the status quo. This real life praxis of solidarity is one of the salient principles of LatCrit theory, a principled praxis from a positionality of anti-subordination that challenges practices and policies that, by intent or effect, enforce the secondary social status of historically oppressed groups. In answer to this, those who resist and persist have marched in protests, intervened in our daily lives, taken up advocacy, written letters, made phone calls, given money, offered pro bono services, participated in teach ins, voted, and written scholarship to try to flip the world back to el mundo bueno. During these dark days, days in the shadow of el mundo malo, lawyers do their part. LatCrit has developed into a cohesive community of critical intellectuals who reveal and voice legal issues and analyze them by applying progressive principles and perspectives based on an ethos of anti-subordination and a strategic anti-essentialism. Because of these commitments, the members of the LatCrit community are often experts on the dangers of el mundo malo. In our activism and praxis, we slog through el mundo malo, working with and advocating for the most vulnerable. The survivor of domestic violence, the undocumented migrant child worker, the African American teenage girl sterilized without her consent, the disaffected youth of the reservation yearning for a chance to work at the casino, the child raped by her uncle, the community plagued by toxic chemicals in their water, and more. We fight against el mundo malo with these individuals in terms of civil rights, we teach against it in terms of tort reform, we speak against it in our scholarship and our advocacy. And where we can, we help to usher in el mundo bueno - whether it's on admissions or appointments committees, through litigation, in our classrooms, in a local church, or in volunteering in service to others. And we show up to confront el mundo malo in all its various forms - offering legal information at airports, providing counsel at detention centers, and walking women into clinics. And we march - for dreamers, for black lives, for fifteen, and even - when we are ambivalent - for pink pussy poised to grab back.

In this Foreword, we strive to contextualize “LatCrit XXI: What's Next?” against the backdrop of two crises: the current political crisis in the United States and the continuing crisis of scarcity that impacts the legal academy. Through examination of these crises, we will reveal how LatCrit scholars, in their efforts to build community and in their commitment to critical outsider scholarship, are part of the constellations of resistance that struggle against el mundo malo. We will argue that LatCrit has become a necessary institution for those seeking to engage in persistent resistance and dissent in the critical and progressive community of scholars at home and abroad. While there are many real material improvements in the lives of subordinated persons in the United States, there is no doubt that the Presidential Election of 2016, with its embrace of a candidate who spoke what dog whistles only alluded at, is part of a violent and destructive backlash against minorities who have long been subject to the violence of exclusion and disenfranchisement.

First, we will examine the character of President Trump's campaign and trace how the promises he made on the campaign trail have led to action during the first half of his administration. Second, we will examine how social movement actors from a variety of political positions and identity positions in constellations of resistance have engaged in persistent and active dissent to the actions of the Trump Administration and the current Republican Congress.

Then we will describe how the Trump Administration has crafted the status quo in ways that impact educators and social movement activists who care about education. We will examine this with a special focus on how the current environment impacts the legal academy and how it has impacted LatCrit as an organization and forced us to answer the question - What's next? - for the organization, for individuals, for the movement.

Then we will look at how the symposium papers contributed an answer to the question of what is next. We will argue that the papers reveal how the false binary between private law and public issues serves to perpetuate subordination in hidden and insidious ways.