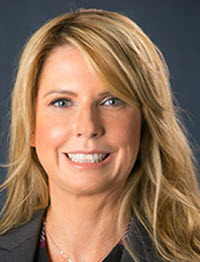 “Now you're in the Sunken Place.” In the horror movie Get Out, protagonist Chris Washington's panicked search for car keys is met with a calmly oblique monologue by a middle-aged white man with (quite literally) a god complex. The tapping of a silver spoon against a china teacup forces Chris into a fugue--into an inescapable form of incarceration in which his physical form becomes a puppet for a white man. The Sunken Place has swiftly become an iconic cultural reference, alluding not only to the oppression and paralysis of marginalized groups by systemic or structural racism but also to the encompassing silence and invisibility forced upon those who are marginalized. This movie highlights the subconscious that lurks beneath white, liberal, “I wish I could have voted for Obama a third time” wokeness. An insidious (albeit often unintentional) form of racism is facilitated by those who are heedless of structural inequalities--or in this instance, the fact that legal structures have been developed to protect the experiences of those who are white, with an underlying obliviousness to the fact that persons of color may have a different experience.

There is no question that government policy generally, but upside-down tax subsidies specifically, should be audited to ensure that all households, including households of color, have the same opportunity to build wealth. Almost 80% of the United States' four centuries of existence have involved racialized slavery and extreme racial segregation. The subject of structural discrimination should be almost noncontroversial by now: established social and political structures have been built upon a foundation of racial inequality, inherently conferring power and privilege to some, while perpetuating the marginalization of others. A system that treats equally those who are positioned unequally will only serve to exacerbate the preexisting inequalities. Recent changes by the Tax Cuts and Jobs Act of 2017 (“TCJA”) focus attention on a need for evaluation.

The TCJA made two important changes to the tax treatment of homeownership when it was signed into law by President Trump on December 22, 2017. First, the itemized deduction for state and local taxes (“SALT”), which includes the deduction of property taxes, is now capped at $10,000. Second, the TCJA placed new limits on the deduction of home mortgage interest. Taxpayers with existing mortgages (incurred before December 15, 2017), remain grandfathered under the old tax law and may deduct interest on a total of $1 million for debt related to a first and second home--for new homeowners, however, this $1 million limit drops to $750,000. Both the SALT and home mortgage interest deductions are available only to those income taxpayers who continue to itemize deductions. Given that the standard deduction has almost doubled (in 2017, $6,350 for singles and $12,700 for married filing jointly (“MFJ”); in 2018, $12,000 for singles and $24,000 for MFJ), only an estimated 10% of higher-income filers will continue to itemize their deductions (down from roughly 30%).

Homeownership in the United States is highly stratified along race and class lines, and homeownership subsidies in the Internal Revenue Code (“Code”) therefore quietly cement these disparities. Before the TCJA, the home mortgage interest deduction was regressive: white households accounted for 67% of all households but received 78% of the benefit from the home mortgage interest deduction; African Americans and Hispanics each accounted for roughly 13% of all households but received 6% and 7% of the benefit, respectively. After the TCJA, the home mortgage interest deduction will only benefit those higher-income homeowners with larger mortgages (a group largely dominated by white homeowners) who continue to itemize deductions, and the subsidy from the deduction will widen the wealth gap between the white community and communities of color.

Less widely understood as a homeownership subsidy, the SALT deduction of property tax also modifies local housing markets to varying degrees based upon the structures of the state and local tax systems. New limits on the deductibility of SALT are facially progressive. Before the TCJA, roughly 90% of the SALT benefit flowed to itemizing taxpayers with incomes exceeding $100,000. However, the new TCJA limits will potentially have far-reaching, regressive consequences for persons of color (only briefly summarized in this Article). Most notable is the concern that states that feel pressured to lower taxes must raise income from other sources or, alternatively, make budget cuts. Both paths are potentially disastrous for communities of color. To boost revenue, many states and localities have historically turned to fees and fines--meaning court fees may increase, and in turn, law enforcement would transform into a collection agency of sorts, ticketing vulnerable populations such as racial minorities. Conversely or concurrently, budget cuts will necessarily reduce support for state education funding and state safety-net programs benefitting lower- and lower-middle-income individuals.

Structures are developed and laws are passed that discriminate subtly or indirectly in a way that is sometimes referred to as second-order discrimination without an intent to harm or exclude a specific group but instead because of a lack of sensitivity to their interests relative to others or themselves. Within the framework of the two homeownership tax subsidies mentioned above, this Article explores the notion that the TCJA amendments have structurally racist implications because of both the persistently harmful way in which homeownership continues to be subsidized and the supply-side allocation of revenue generated by the amendments. This is less a polemic and more a thought piece--and perhaps more accurately, an economic meditation--contemplating the way in which structural racism exists organically in institutions and structures that have historically incorporated racialized norms such that facially “neutral” changes to those structures are not in fact neutral. This idea is particularly relevant to housing law and policy--an area in which equal opportunity has either been blocked or simply neglected. And while there is no question that the almost doubling of the standard deduction and the reduction of tax rates through the TCJA operate as a tax cut for most individual taxpayers, this temporary tax reduction for all taxpayers reinforces status quo inequality while simultaneously obscuring the underlying issues.

Critics of structural discrimination would like to theoretically erase the concept as divisive rhetoric. Some critics abuse the historic analogue: “Women and minorities have it better now than at any time in history.” When one's identity affords resources, power, and opportunity, there is a strong incentive to preserve status quo hierarchies. Other critics seek to preserve white equilibrium: “If everyone pays their fair share of taxes, we can support public spending and job growth, and we'll all do better.” If the structure itself is built upon a historical foundation of racism and the economic benefits of whiteness, persons of color will continue to be systematically disadvantaged in ways that are not visible. And then there are those critics who find their white fragility triggered through any discussion of structural racial inequities: “The suggestion that certain governmental actions disproportionately impact communities of color, such as social assistance programs being cut or criminal fines increasing, is condescending and racist.” The lived experience of race and its far-reaching consequences are statistically supported and should not be ignored.

This Article examines some of these same considerations that undergird structural racism but in a particular setting that has not been previously discussed--the recent TCJA's amendment of two important tax expenditures. The significance of this setting is severalfold. This purported overhaul of the Code was enacted in great haste. While the Tax Reform Act of 1986 passed the Senate with 97 votes and substantial bipartisan support, the TCJA passed the Senate over the strenuous objection of Democrats by a narrow vote of 51-48. Unless growth rates offset spending, which seems unlikely, the TCJA will substantially increase the deficit. More to the point, in times of budget crisis and partisanship, it is necessary to question the way in which and to whom resources are being allocated.

When deliberating over the proposed reallocation of revenue saved from the amendment of homeownership tax subsidies, it is appropriate and necessary to consider opportunities for the homeless, the housing insecure, and those who are not homeowners but would like to be. The racial wealth gap in the United States remains at unprecedented levels and represents the cumulative impact (over many generations) of structural discrimination and racism. White households control the majority of wealth in the United States-- steeped in obliviousness as to the way in which the structure itself delivers unfair subsidies. The bottom line is plain: meaningfully addressing structural racism requires a commitment to challenge implicit racial and economic subordination that is perpetuating hierarchies--namely, acknowledging a problem that is diffuse, amorphous, and embedded. Passing laws that are facially neutral is insufficient because a fiscal policy need not be race-based to contribute to long-standing inequity.