An Aggrieved City: How an Entire Municipality Sued Bank of America over Housing Discrimination Practices 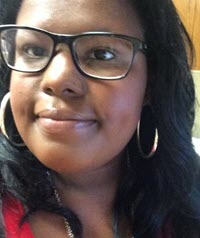 A low- or moderate-income family can spend significant years saving money to buy their first home. Large banks in the United States such as Wells Fargo and Bank of America have financial services and programs to help low- and moderate-income residents who are looking to purchase a home. These programs include first-time home buyer services, and may offer monetary assistance to customers to help pay a down payment or to help with mortgage lending services. People living in low-income neighborhoods are usually unaware of the myriad of services that banks provide. Without banks engaging in some form of community outreach and marketing, most people would not be aware of all of the financial programs available to low- and moderate-income residents. Community outreach is achieved by going directly into neighborhoods and holding events at local venues such as community centers, churches, or the local bank branch, to discuss homebuyer services. Banks will roll out marketing to get people excited about the programs and services available to the community.

From 2004 to 2012, Bank of America continuously targeted the City of Miami with its community outreach and marketing efforts. Rather than targeting low-income neighborhoods, where low-income residents live, Bank of America systematically went into African American and Latino neighborhoods. Residents of many African American and Latino neighborhoods who were low-income and moderate-income homebuyers spent their life's savings on high-cost loans. The loans were high in cost due to adjustable interest rates, eventually resulting in unaffordable mortgage payments. The mortgage payments were also unaffordable because the interest rates were excessively high at the time of signing the loan agreements.

Lack of access to resources and knowledge about Bank of America's mortgage loans, coupled with misleading business practices, led African American and Latino residents to agree, in writing, to pay unaffordable monthly mortgage payments. Bank of America and its loan officers knew, or should have known, that these families would not be able to afford the monthly mortgage payments. Mortgage loan officers and other bank employees review all income and expense documentation for every homebuyer. Lenders can make basic projections as to whether a borrower will have the ability to pay the mortgage based on the borrower's household income, expenses, and the total price of the mortgage payments, with both adjustable and fixed mortgages. At the relevant time, Bank of America was one of the top five mortgage lenders in the United States of America. Therefore, one can assume that Bank of America, its loan officers, and other key employees, had the knowledge base to allow for the assumption that Bank of America knew or should have known that these African American and Latino homeowners were committing to agreements with terms that would undoubtedly result in unaffordable mortgage payments. In fact, “African Americans and Latinos were 30 percent more likely to receive high-rate loans compared with white borrowers. These practices are estimated to cost African American and Latino families about $200 billion in assets due to foreclosures between 2006 and 2008.”

After signing these excessive-cost loan agreements, families eventually, and expectedly, defaulted on their mortgage loans. Once the loans went into default, Bank of America continued to discriminate against African American and Latino residents of Miami by disproportionately offering loan modification opportunities to white customers compared to their African American and Latino customers. Many mortgage-related scams emerged following the influx of defaulted loans, including foreclosure fixing services and attorneys who preyed on victims of predatory lending in Miami by offering solutions where there were none. Miami resident Imogene Hall lost her home after becoming a victim of unscrupulous foreclosure attorneys who promised Hall they could save her home and claimed that they had helped other Miami residents facing foreclosure, similar to her.

On December 13, 2013, the Miami City Attorney, along with outside counsel, filed a lawsuit under a United States Federal Housing Administration (FHA) statute against Bank of America, Countrywide Financial Corporation, Countrywide Home Loans, and Countrywide Bank, all of which were owned by Bank of America Corporation. The brief filed with the United States District Court for the Southern District of Florida claimed that Bank of America conducted predatory lending practices in the City of Miami, practicing redlining and reverse redlining. Miami alleged, “that Defendants' practice of traditional redlining has caused an excessive and disproportionately high number of foreclosures on Defendants' loans in the minority neighborhoods of Miami.”

Redlining is a process used to implement housing discrimination in a given area. “Redlining is the practice of denying a creditworthy applicant a loan for housing in a certain neighborhood even though the applicant may otherwise be eligible for the loan ... Redlining on a racial basis has been held by the courts to be an illegal practice.” Reverse redlining is the practice of systematically offering expensive and high-interest home loans by targeting minority customers in specific geographic areas. The purpose of these practices is to push minority buyers into certain neighborhoods with the effect of segregating minority homebuyers from white homebuyers.

Once in the foreclosure process, Miami claimed that Bank of America disproportionately denied loan modification opportunities to African American and Latino customers in Miami. The homeowners eventually lost their homes and vacant properties rapidly increased within the city. The City of Miami claimed it was harmed because neighborhoods that were once thriving were now filled with blighted properties. The empty homes attracted vandalism and squatters. Miami further claimed that the city was forced to spend increased funds on city services such as police, fire, and debris clean up to keep control of these blighted properties and minimize the harmful effects of Bank of America's practices in these neighborhoods. Additionally, Miami claimed to have suffered a loss of property tax revenue because so many of the city's homeowners had been forced out. The Supreme Court granted standing to the City of Miami, allowing them to bring suit as an “aggrieved person” under the Fair Housing Act.

During the proceedings, both the plaintiffs and defendants requested the Supreme Court define the meaning of “proximate cause” in a case where a municipality sues for a violation of the FHA statute. The Supreme Court replied, but chose not to clearly define a direct link between predatory lending practices and harm to a city as an aggrieved person. The Court, instead, left the matter to the lower court to determine contours of proximate cause in these situations. The Supreme Court's decision was to reject foreseeability as a tool to measure the proximate cause of Miami's injuries.

This writing examines Bank of America Corp. v. City of Miami, a case decided by the Supreme Court on May 1, 2017. This writing also puts forth an argument that foreseeability is a reasonable standard upon which to determine proximate cause under the FHA statute.

Additionally, this writing recommends requirements of a proximate cause claim which the Supreme Court declined to define; discusses how the recommended standard applies to the city's claims for lost property tax revenue and increased municipal expenses; and, suggests further recommendations for a change in the subject Fair Housing Act statute.

It was a historic decision for the Supreme Court to hold that a municipality can bring a lawsuit under the Federal Housing Act. Because the Miami case was remanded, the courts have been allotted additional time to define the contours of proximate cause and how this concept can be used to prove harm. In the meantime, Cook County serves as an example of a municipality that will not be allowed to sufficiently prove their case because the lower courts do not have a measure of proximate cause for guidance. It does no good to give a plaintiff standing to bring suit without also giving them the ability to prove their claim.

Foreseeability should be a tool to measure the proximate cause of the municipality's injuries. It is a measuring tool for proximate cause under Florida jurisprudence, and has been used to prove other claims under the FHA. Additionally, bank employees must comply with required education standards, so an assumption of their expertise, and their ability to foresee the potential harmful outcomes of their discriminatory and predatory practices, is not unreasonable.

The boundaries of proximate cause can be determined by analysis of the issues that led to Miami's claim of harm. The test to determine if a bank or home loan provider should be held liable against a municipality under the Fair Housing Act is if (1) a bank conducts business in a municipality, where the majority of the population is minority, or otherwise vulnerable, to sell residential mortgage loans; (2) a bank offers predatory loans; (3) those loans result in an unreasonable number of loan defaults or foreclosures; (4) there is a foreseeable risk for an increase in vacant properties; and (5) the municipality has qualified as an aggrieved person under the FHA statute. If these five requirements are proven, the municipality has proven a direct link between the actions of the residential home loan provider and the municipalities injuries to prove proximate cause.

The City of Miami has not proven all of these factors in the case currently at issue, but given the opportunity, Miami would be able to present this information if the harm has truly occurred.

The Legislature should change the language within the FHA statute to reflect the Supreme Court decision that an “aggrieved person” can be any party who has suffered harm under the provision of the statute. The language should be changed from an “aggrieved person” to an “aggrieved party.” Furthermore, the statute of limitations should be extended beyond two years. Two years is not a sufficient amount of time for residents to secure legal advocates and protect themselves from housing discrimination.

Nyasha Buchongo is a third-year law student University of La Verne College of Law and Law Clerk at the Los Angeles City Attorney's Office in the executive office of Homeless Policies and Strategies.