"Our Taxes Are Too Damn High": Institutional Racism, Property Tax Assessments, and the Fair Housing Act 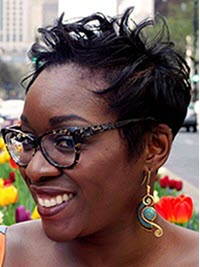 Mrs. B is an African-American woman with a short, sassy haircut and a feisty disposition to match. She was born and raised in Detroit, Michigan, where she and her husband are now raising their seven children. Many Detroit residents have fled to surrounding suburbs as a result of Detroit's slow economic decline, which began with the dramatic loss of manufacturing jobs in America's auto industry and concluded with the largest municipal bankruptcy in U.S. history. Undeterred, Mrs. B, her family, and many others like them stayed and braced themselves through the hard times because they did not want to leave their beloved city. But, now that the city is experiencing economic resurgence, city officials are kicking people like Mrs. B out of their homes.

In 2012, Mrs. B and her family were finally able to savor their very own sumptuous slice of the American Dream. After battling economic insecurity for decades, Mrs. B and her husband saved enough money to purchase their first home for $20,000 through a land contract from a company called Dream Homes Ventures. They put $5,000 down and made monthly payments of$500. According to the land contract, property taxes and water were included in the monthly payment, but Dream Home Ventures did not, in fact, pay the taxes. In 2014, Mrs. B received a letter from the Wayne County Treasurer stating that they owed $9,000 in taxes accrued from 2010 to 2014.

To make matters worse, the property tax bill was illegally high. Michigan's constitution, legislation, and supporting case law clearly state that local authorities cannot assess properties at more than 50% of their market value. The Detroit assessor claimed Mrs. B's home was worth about $46,000, although she purchased it for $20,000 in an open market transaction and other homes in her neighborhood sold for approximately that much money. The overinflated property tax assessments led to illegally high property tax bills. Although Mrs. B repeatedly said that, in Detroit, "our taxes are too damn high," she did not know that she could appeal her taxes to gain relief. She was unable to pay the inflated property tax bill, so in 2015, Wayne County foreclosed, gained title to Mrs. B's home, and sold it at auction for $500.

The most heartbreaking part of the story is that Mrs. B and her family live under the federal poverty threshold and hence qualify for the Poverty Tax Exemption, which means that they were not supposed to be paying the property taxes that led to their eviction in the first place. But, due to poor advertising and several unnecessary hurdles erected by the City of Detroit, Mrs. B and her husband were not aware of the exemption.

In prior work, I investigated property tax injustice in the City of Detroit, which is located in Michigan's Wayne County. I found that, between 2009 and 2015, the City of Detroit assessed 55%-85% of its residential properties at over 50% of their market values in violation of the Michigan Constitution. Due to the resulting illegally inflated property tax bills that Mrs. B and many other Detroit homeowners could not afford to pay, between 2011 and 2015, the Wayne County treasurer foreclosed upon one in four of all homes in Detroit for nonpayment of property taxes. One of the last times that Americans witnessed this accelerated rate of property tax foreclosures was during the Great Depression.

There have been several attempts to hold authorities accountable for this monumental property tax injustice, including a class action lawsuit filed on July 13, 2016 by the American Civil Liberties Union (ACLU) of Michigan along with the NAACP Legal Defense & Educational Fund, Inc., and the law firm of Covington & Burling. In Morningside Community v. Sabree, one of the plaintiffs' allegations is that Wayne County's property tax foreclosure practices violate the Fair Housing Act (FHA) because they disparately impact African-Americans homeowners, causing them to "lose their homes through tax foreclosure at a higher rate than non-African- American homeowners in Wayne County." The plaintiffs brought the case in the Wayne County Circuit Court, but Judge Robert Colombo dismissed the FHA claim, ruling that it should have been brought in the Michigan Tax Tribunal. On September 21, 2017, the Michigan Court of Appeals affirmed the lower court's finding of improper jurisdiction. On November 1, 2017, plaintiffs asked the Michigan Supreme Court to hear an appeal, which the court dismissed for lack of subject matter jurisdiction on January 24, 2018. Although this challenge was not successful, this Essay builds on my initial study of unconstitutional property tax assessments in Detroit to explore whether unconstitutional tax assessments and the resulting tax foreclosures in Wayne County violate the FHA in the hope that a future court might take it up.

The Morningside plaintiffs' FHA claim relied on the disparate impact theory of equal protection, which is dead in constitutional jurisprudence, but alive and well in the areas of the law where the legislature intervened, such as the FHA. Disparate treatment requires plaintiffs to show that the discriminatory act was intentional, while disparate impact analysis bypasses intent-based queries to focus instead on the policy's discriminatory effect. This Essay marshals social science evidence to make an actionable claim of racial discrimination based upon a theory of disparate impact.

In Part I, I explain the property tax assessment and foreclosure processes in the City of Detroit and Wayne County.

I explain the methodology used in Part III.

Most importantly, this Essay shows that the property tax malfeasance occurring in Wayne County is a quintessential example of institutional racism, which is when the laws, policies, or practices of any institution or group of institutions intentionally or unintentionally results in race-based inequities or discrimination. As opposed to individual racism--where people discriminate based on the conscious or unconscious belief that one race is superior to another--the perpetrators of the harm are not readily identifiable individuals who society can resolutely condemn. The perpetrators instead are an institution or assortment of institutions. The Detroit Assessment Division, the Wayne County Equalization Division, and the Wayne County Treasurer are the government agencies directly at fault. But, there are also several other actors implicated in the malfeasance. The State of Michigan, for example, under-funded its cities, leaving many cities financially vulnerable and predisposed to predatory, covert revenue-raising tactics such as illegally inflated property tax assessments. Also, Detroit experienced the largest municipal bankruptcy in American history, restructuring over eighteen billion dollars in debt and long-term liabilities. During the city's financial crisis, the governor-appointed emergency manager, Kevyn Orr, imposed austerity measures upon the City of Detroit, which further crippled its ability to invest in the bureaucratic infrastructure necessary to ensure property tax assessments were in line with the Michigan Constitution. In addition, Detroit's Assessment Division did not have the capacity to deal with the steep 2008 drop in home values precipitated by the predatory lending practices of banks and the resulting subprime mortgage crisis. Given the complex reasons behind the property tax malfeasance, the perpetrators of the harm are dispersed, fractionated, and thus invisible--hidden in plain sight. But, African-American homeowners suffered disproportionately from the malfeasance, so the victims are manifest and unmistakable, making this a casebook example of institutional racism.

Wayne County's failure to properly equalize property tax assessments between its local taxing units most acutely affects localities where assessments are systematically in violation of the Michigan Constitution and thus most in need of correction. The evidence presented shows that predominately African-American cities in Wayne County experience unconstitutional tax assessments and tax foreclosure at a far greater rate than predominately white cities. Consequently, Wayne County's equalization policy disparately impacts African-Americans in violation of § 3604 and § 3605 of the FHA.

I opened this Essay with Mrs. B's story. Investors purchased her home from the Wayne County Property Tax Auction for $500 and have recently evicted Mrs. B. So, even if the FHA class action lawsuit had been successful, she would not have gotten her house back. If, however, a future lawsuit forces Wayne County to properly monitor and prevent unconstitutional assessments in its taxing jurisdictions, then the real potential winners are homeowners in Wayne County's predominately African-American cities who are still in their homes, but vulnerable to tax injustice and foreclosure. There should never be anyone who is unconstitutionally assessed and foreclosed upon because they were subject to inflated property tax bills that they could not afford to pay. What happened to Mrs. B and so many other African-Americans in Wayne County should never happen again.