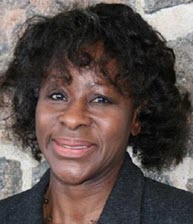 Déjà vu all over again! The parallels between the Great Depression of the 1930s and the Great Recession of the 2000s are striking. In the events leading up to both economic crises, Wall Street collapsed, banks failed, and the economy plunged into an abyss. As businesses closed, industrial production fell, unemployment rose to double-digits, and the economy shrunk in real terms. At the height of the Great Depression, the agricultural economy collapsed as farm prices plummeted by more than half. Home foreclosures occurred at an alarming rate; nearly one-half of urban houses with an outstanding mortgage were in default, equating to ten defaults per every one thousand mortgages. Approximately one thousand home loans were foreclosed every day. Homes with a second or third mortgage fared even worse, with more than 50% in default. One historian, Alan Brinkley, was sanguine about the crisis. He observed:

[The crisis] began unexpectedly, with a sudden and sickening stock market crash .... And as the economy began to slide slowly ..., the inherent structural weaknesses of the New Era economy began to reveal themselves. There was the excessive dependence upon a few large industries, notably auto manufacturing and construction. Both had already begun to decline before [the fateful event]. There was the weakness of the banking and credit system, which began to collapse quickly at the first signs of economic trouble. There was the rickety system of international debt. Above all, there was the inadequate distribution of purchasing power within the United States itself. The American economy had become the most productive in the world, but the American people could not afford to buy its products. The result of all this was a long deflationary spiral that dragged the nation into crisis.

Brinkley's narrative about the Great Depression echoes the same hallmarks of the more recent Great Recession. During the Great Recession, the Gross Domestic Product (“GDP”) fell a total of 5% from its peak to its trough, manufacturing output declined nearly 20%, new home construction plummeted 80%, more than “[e]ight and a half million people lost their jobs [,] and unemployment rose to 10%.” Stock markets faced similar declines.

In both economic crises, the housing market felt the devastation most acutely. The shrinking economy led to mounting loan delinquencies and soaring foreclosures. The rapidly rising unemployment rate led to lower household incomes--reducing the demand for housing, among other goods and services--and precipitous drops in property values. Yet the differences in the structure of the housing market during these two monumental events were more than superficial. In the era of the Great Depression, home loans generally matured in five years or less; typically, the individual made no or only a partial payment of the principal during the term prior to a balloon payment at maturity. Before the Great Recession, although most loans had a maturity of thirty years, these investments were risky because they either carried adjustable interest rates or were taken out by borrowers whose creditworthiness was marginal at best. Also, in many cases, predatory lending practices induced borrowers to take out risky home loans, such as “interest only” mortgages that did not amortize the principal. Although mortgage-backed securities, based on pools of mortgages, had been safely sold for half a century, they became increasingly risky as lenders failed to apply safe underwriting standards in originating loans. In both the Great Depression and the Great Recession, lenders offered the prospect of refinancing to borrowers; however, when the Great Recession happened, refinancing became nearly impossible, and high rates of commercial and investment bank failures contributed to the difficulty of refinancing. Moreover, strong evidence suggested that appraisals were routinely overinflated during the Great Recession.

Between these two historic events, the federal housing agencies, including the Federal National Mortgage Association (“Fannie Mae”) and the Federal Home Loan Mortgage Corporation (“Freddie Mac” or “FHLMC”)--collectively referred to as government-sponsored enterprises (“GSEs”)--pursued goals that were heedless and not well-calculated for the long-term creation of housing opportunities and their own survival. Originally, the housing agencies' role was to make housing available after the Great Depression, and their prudent practices worked to increase homeownership. However, in the years leading up to the Great Recession, the housing agencies' improvident practices in the secondary markets provided the platform for the excesses that led to the economic crisis. While the names of the actors and the government's acts in the way of rescue and inventions to heal were slightly different, the mien of the GSEs underwent a transmogrification--from solicitude to punishing for the less well-off homeowner.

When the GSEs faced collapse, a new overseer, the Federal Housing Finance Agency (“FHFA”), corralled them. The Housing and Economic Recovery Act of 2008 (“HERA”) created the FHFA. HERA invested FHFA with expansive powers over the GSEs' purchasing power to stop the accumulation of new debt and to limit their liability exposure by shielding them from foreclosure or levy. While FHFA publicly assured the markets of the continuation of policies calculated to preserve homeownership, it quietly adopted severe policies that were inimical to that end. The GSEs moved to get rid of troublesome non-performing loans, thereby leaving foreclosed homeowners at the mercy of investor purchasers. Further, the GSEs refused to resell foreclosed properties to their former owners for less than amounts owed from the original loan.

These self-preservation measures are disturbing, not only on account of the duplicity of the government agencies created to promote homeownership opportunities while simultaneously adopting policies that impaired such opportunities, but also because the measures evince an abandonment of the historical mission of the GSEs. In the end, the housing agencies were not interested in preserving housing; instead, the goal was to protect the federal fiscal status. While the policies adopted by an agency are largely left to its discretion, the judiciary or the legislature can check these agencies' policies when they transgress the law, such as when the housing agencies' policies violate the equal protection clause of the United States Constitution and the Fair Housing Act.

This Article explores the impacts of the self-preservation policies adopted by the GSEs after the Great Recession, outlines the early constitutional challenges made to these policies, and suggests avenues for holding the GSEs accountable.

Section II provides background on the events that led to the GSEs' near collapse and compares the events to those precipitating the Great Depression.

Section III describes the retrenchment by the GSEs when the Great Recession set in.

The housing crisis of 2008 was indeed momentous. The event prompted deep thinking about why it occurred and forced consideration of what went wrong, lapses in judgment or in oversight, and myopia. The GSEs and private sector investors retreated. The government intervened to bail them out of their impossible position. Thereafter, the GSEs lost sight of their historical mission to further housing and adopted a program toward asset protection. To be sure, for them to continue playing a role in housing, they needed to survive. But, the measures taken were heavy-handed and exacting for homeowners. During the Great Depression, the federal government tried to tame finance's most dangerous traits through heavy regulation aimed at safety. Alas, housing market participants did not heed lessons learned from that experience. Given the new mantra of self-preservation, the only recourse may be action in the legal trenches. A challenge to the GSEs' self-preservation policies under the FHA may have long odds, but such a challenge is not altogether impossible. In many respects, these policies are similar to HUD's programs that were found to violate equal protection and civil rights in Gautreaux. In some cases, the government agency made decisions, even if well-meaning in aim, that disastrously impacted a protected class of people. In Gautreaux, the impact was relegating certain populations based on race to undesirable areas of the city. The GSEs' policies employed different maintenance standards on REO properties and housing became unavailable because of the hurdles for buying back foreclosed homes. In both cases, the government agencies had knowledge of the harm, disparate treatment, and impacts on protected persons. These claims would not be precluded by federal preemption because they involve violations of law. Most concerning in all of this is the GSEs' new stance, which is unforgiving, cowering from any risk, and leaves those most in need without support.