Professionals in the foster care system routinely contend that Native American and African American children are the most at-risk for child abuse and neglect,  a presumption currently reflected in the system.  Based on this belief, the system removes these children from their families at rates higher than children of any other race.  Whether this disproportionate 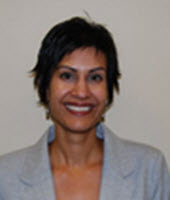 representation in foster care of African American and Native American minorities is justified or biased is the question in the ongoing national debate.

*218 The nation's poorest children, not surprisingly, make up most of the foster care population.  African Americans and Native Americans are disproportionately poor, and that correlation increases the probability of foster care for these races.

Once in foster care, however, children face heightened risk for abuse and neglect within the system itself and generally suffer poorer outcomes and prospects, as studies and current events repeatedly demonstrate.  What this means, therefore, is that African American and *219 Native American children, especially those who are poor, are disproportionately more likely to enter foster care, where they are at high risk of secondary harm by the system itself.

Foster care is a big, billion-dollar business.  Craig and Herbert estimated in 1997 that publicly-funded foster care cost American taxpayers annually $12 billion;  one year in foster care per child cost $17,500;  group-home foster care per child in 1994 cost $36,500;  and institutional placements in some states per-year, per-child cost $42,000.  Costs since 1997 only rose, as ABC News reported in 2006: "Despite more than a decade of intended reform, the nation's foster care system is still overcrowded and rife with problems. But taxpayers are spending $22 billion a year--or $40,000 a child--on foster care programs."  According to the Government Accountability Office,

Each year, hundreds of thousands of the nation's most vulnerable children are removed from their homes and placed in foster care. While states are primarily responsible for providing safe and stable out-of-home care for these children, Title IV-E of the Social Security Act provides federal financial support. The Administration for Children and Families (ACF) in the Department of Health and Human Services (HHS) is responsible for administering and overseeing federal funding for Foster Care.

Financial incentives in federal laws and policies perpetuate state practices to place children in government-subsidized foster care rather than leaving the children in their own homes and providing their families with aid, which is much cheaper.  These costs to America's children and taxpayers warrant close scrutiny.

With the release of the Fourth National Incidence Study of Child *221 Abuse and Neglect (NIS-4), and national organizations, leading scholars, and local jurisdictions around the country focusing on unintended bias in foster care systems,  the civil rights debate on foster care continues.  Many believe the system protects the most vulnerable from maltreatment while others believe it exploits the most disenfranchised.  Because foster care is a direct function of the political and social will of the people at a particular point in American history, this billion-dollar enterprise will always be relevant.

This Article explores the central debate on bias, race, and poverty in America's foster care system, and aims to highlight those places in the system where unintended bias manifests and consequently affects *222 decisions regarding which children are removed from their families and placed in foster care.  Foster care laws vacillate in intent and effect, but as discussed in this Article, the laws themselves are vague and their practice is particularly vulnerable to biased decision-making that frequently increases the risk of error and secondary harm to these already disenfranchised families.

Using the lens of systems theory  to conceptualize the foster care system reveals key decision points vulnerable to bias where the high risk of secondary harm to children in foster care can far outweigh any benefits of removal from the children's own homes.  Systems thinking framework also points to those solutions most likely to strengthen the critical junctures in the system that are vulnerable to bias in American foster care--a system that most agree is flawed.