Transracial Adoption in the United States: The Reflection and Reinforcement of Racial Hierarchy

Abstracted from: David Ray Papke,  Transracial Adoption in the United States: The Reflection and Reinforcement of Racial Hierarchy , 15 Journal of Law and Family Studies 57 (2013) (165 Footnotes)(Full Article)

Transracial adoption strikes most as an appealing undertaking. People who have adopted a child of another race or been adopted by parents of another race are usually delighted by the results and consider themselves truly fortunate. People who have participated in a transracial adoption might even assert that their families have transcended race and become "post-racial." These individuals might claim they 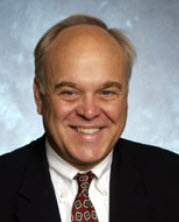 no longer take race to be an important category and designation in their daily lives and express the hope that others would come to see things in the same way.

In general, these sentiments are genuine and admirable, and this Article does not oppose transracial adoption. However, when transracial adoption is considered not from an individual's perspective, but rather as a larger socio-legal phenomenon, problems emerge. Transracial adoption, after all, is not merely adoption involving members of different races; it is also a self-consciously racialized process. Case workers, lawyers, and judges bring racial awareness to the process, and some federal statutes speak explicitly to race. A racial hierarchy often manifests in transracial adoption because of variable political clouts and ideological valorizations of various races.

In the United States, the most obvious feature of transracial adoption is that whites serve overwhelmingly as the adopting race and also exercise the most control in the adoption process. If they are part of transracial adoption, Asians, Native Americans, and African Americans, by contrast, almost always serve as the biological parents and adoptive children.  Members of these racial groups also have less control of the adoption process than do whites.

Whites who adopt children of different races are unlikely to reflect on the role white privilege plays in the process, but members of racial minority groups might react uneasily to the different roles played by the different races in transracial adoption. For some, it might seem that whites, because of their resources and *58 color, are once again getting what they want at the expense of minority racial groups.

This resentment can surface in either international or domestic adoptions. In the case of international adoptions, a poignant dilemma surfaces: "[I]n a sense, the access of affluent white Western women to children of color for adoption is often dependent upon the continued desperate circumstances of women in third world nations."  In the domestic setting, "Black women often see transracial adoption as one of the many contexts that reflect the continuing subordination of Black women in this society."  The point is that the workings of transracial adoption are influenced by race-related power, and for those with less power, the workings of power can pinch.

Beyond the basic pattern of racial dominance and subordination through which whites hold a superior position to minority groups in the adoption process, there are also ways that different minority groups are positioned vis-…-vis one another. One involves the race-related preferences of those who adopt. "Hierarchies of preference, race-based as well as nation-based, clearly influence which children parents are willing to adopt."  According to one researcher, "[m]ost whites prefer healthy white infants, and when they discover that such babies are in short supply they are more likely to adopt children of Columbian, Korean, and American Indian ancestry than to adopt African American children."

To some extent, biological parents and children from minority racial groups internalize the preferences of the white adopters. This, in turn, limits the development of solidarity among the racial minority groups which make children available for adoption by whites. When minority groups see themselves as superior to whichever minority group they perceive to be below them, the perception contributes to white dominance and control in the transracial adoption process.

This Article moves through three sections, tracing the history and summarizing the laws regarding whites adopting (1) Asians, (2) Native Americans, and (3) African Americans. The Article's insistence that transracial adoption reflects and reinforces racial hierarchy is not coded opposition to transracial adoption. The hope, instead, is that those who adopt a child of another race or place a child with parents of another race will appreciate the racial dimensions of their actions and understand why members of racial minority groups might object. Concomitantly, legislators and judges should realize that their laws and rulings routinely favor the interests of whites and that this, as well, is politically troubling.